The National Committee for Gender Equity is engaged in a program of investigating the real-life impact of the issues represented by Parlour’s Guides to Equitable Practice. In the second in the series, Lee Hillam reflects on the long-hours culture in architecture. 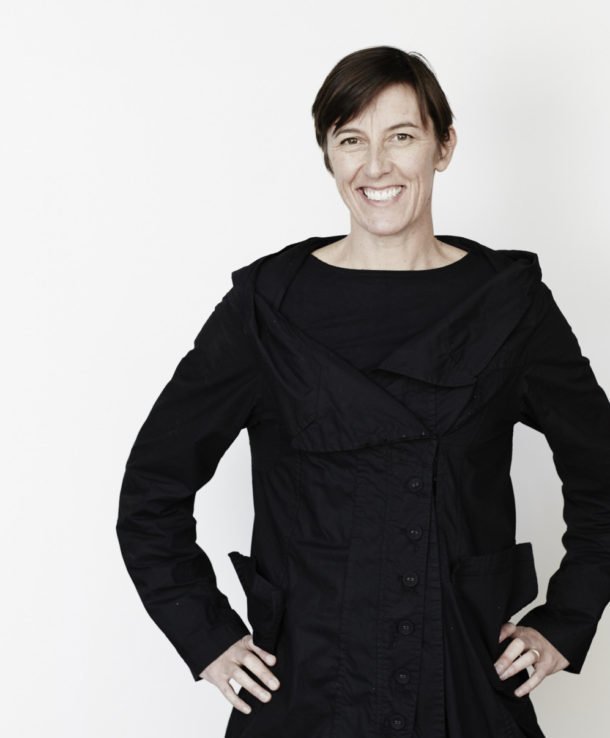 This article on the long work hours culture in architecture and its impact on gender equity is long overdue (also see the Parlour Guides to Equitable Practice). I should’ve had it done before Christmas, but in November our practice was invited to do a competition. Competitions, as we all know, put an inordinate amount of pressure on an architecture practice. There is no point at which it is possible to say ‘we’ve done enough’ because you’re constantly working in the knowledge that the other firms are working on well into the night. Until the deadline you cannot rest. And then afterwards you cannot rest either because your ‘real’ projects are crying out for attention. We were excited to be doing the competition, but we were also tired and stressed, our kids were pissed off, we cancelled our own Christmas party and various other social events and the dog hardly got a walk. So now it’s February, and I’m writing this on a Sunday morning – an article about the evils of the long-hours culture. I’m feeling the irony keenly.

While I was doing the competition I was often thinking about this article. Some of you may know I’ve been loudly proclaiming the damage done by the long-hours culture for a long time. In fact, it was this – and not gender equity specifically – that got me involved in the NCGE in the first place. It seems obvious to me that to be a good architect it is vitally important that you engage with the world outside architecture, that you be a broadly educated and broadly interested person, that you give yourself time and space to be inspired and to understand the communities you’re designing for. So how do you do that if you’re locked in an office for 12 hours a day?

My second gripe is about productivity. Are you doing good work for all of those 12 hours? Or are you making mistakes that have to be fixed the next day, or faffing around because you’re too tired to really concentrate? My approach is to ‘Go hard or go home’, to misappropriate a bumper sticker. That’s the way we run our practice, the exception being the competition I mentioned above.

It is clear that the long-hours culture has an adverse effect on the ability for women to progress in an architectural career. This is because in 2017 women are still the primary carers for children, are still the people who look after their elderly parents, are often the ones that volunteer to build their community. This is a cultural norm that is changing and it needs to change more. When it changes, the effect of the long-hours culture will be felt more evenly.

People of all genders, with children of all ages, or people with no children but other caring responsibilities, or even recent graduates with no responsibilities save paying their rent but that really should be fleshing out their human-ness by travelling, or seeing or making art or music, playing a sport or building something improbable in their backyard – that is to say, everyone – would be better not staying at work too long. The long-hours culture in architecture is a gender equity issue because mostly it’s women who just can’t work the long hours and therefore that can’t get ahead. But my strongly held view is that it’s an issue for those that can do the long hours too.

Some people are winning big time through this bad habit architecture has, this masochistic and macho addiction to working late. The clients are getting a lot of design they’re not paying for. The next winners are the directors and owners of the companies that require their staff to work like this. Some of them are benefitting financially, taking home significant renumeration, while their staff are accruing time in lieu that will never be paid back (that’s called wage theft people). Some are just benefitting by basking in the glow that comes from these magnificently overworked projects.

The bottom line, whatever anyone thinks, is that the long-hours culture is supported by illegal work practice. Did you know that the Architects Award says that if you work one hour overtime your employer must give you one and a half hours overtime payment, or one and a half the time in lieu? I feel like I need to repeat that, but since this is a written article why don’t you just read it over again yourselves. And just so you know, full-time employment is defined as 38 hours a week.

Look up the award here.

And then go home.

P.S. We didn’t win the competition, so all the crazy hours weren’t even worth it.

P.P.S. We think working crazy hours for a deadline is ok sometimes. Just don’t let it be a habit. And pay your staff for their time.

Lee Hillam is the chair of the National Committee for Gender Equity, a co-director of Dunn Hillam Architects and a Senior Design Advisor for the NSW Office of the Government Architect.