PARLOUR: a space to speak – bringing together research, informed opinion and resources; generating debate and discussion; expanding the spaces for women in Australian architecture.
Research / Statistics

Updating the numbers, part 1: at school

Establishing the extent and patterns of women’s participation in architecture is a complicated, convoluted business. Gill Matthewson and Kirsty Volz have been working hard to generate more reliable data.  In the first of three posts, Gill updates the numbers, starting with the state of play in Australia’s architecture schools.

Coming in and going out

Last century (particularly in the 1970s and 1980s) there was a considerable attrition of women from the schools.2 That is, the proportion of women entering the schools was much higher than the graduation rate. Architecture had a reasonably high attrition rate for all students, but it seemed to affect women much more than men. That attrition imbalance has; however, shifted markedly and has increasingly improved over the years for which we have data.

The chart below overlays the proportions of women in first year intakes, in total numbers of architecture students, and in graduates over the last two decades. Of note is the way that these numbers start to coincide over the last five years (notwithstanding the aberration in intakes for 2002 and 2004). This indicates that proportion of women studying architecture is stabilising – there is no longer a marked attrition of women prior to completing the degree. This is especially noticeable compared to the situation in during the 80s and 90s.3 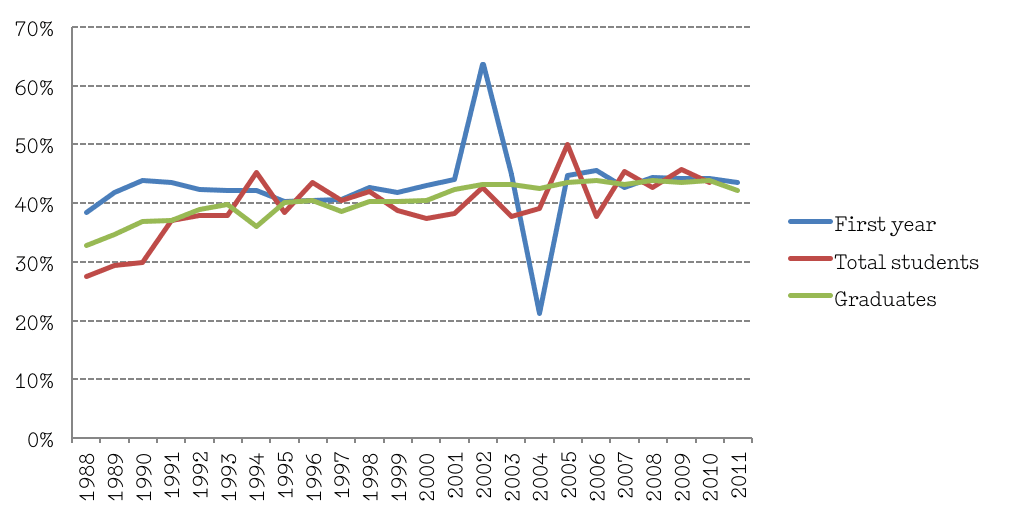 Proportion of women at different levels in all schools of architecture, 1987–2010

It should be noted that individual schools have quite different attrition patterns to the country-wide pattern, but taken overall the trend is of equitable attrition. 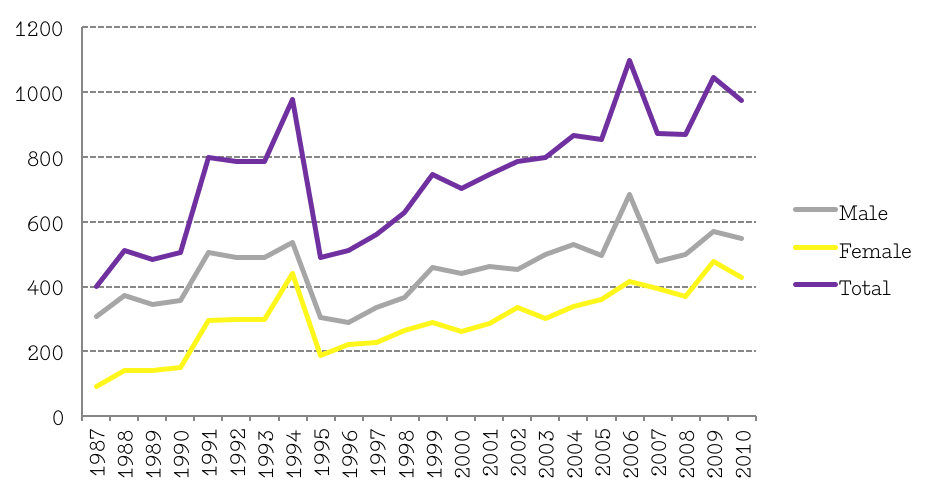 Individual schools vary considerably in the gender balance of their teaching staff – from 18% to 62% female. Overall, women make up 37% of the teaching and research staff.4 (Sessional staff have not been included in these statistics as their numbers vary considerably from school to school and semester to semester.) 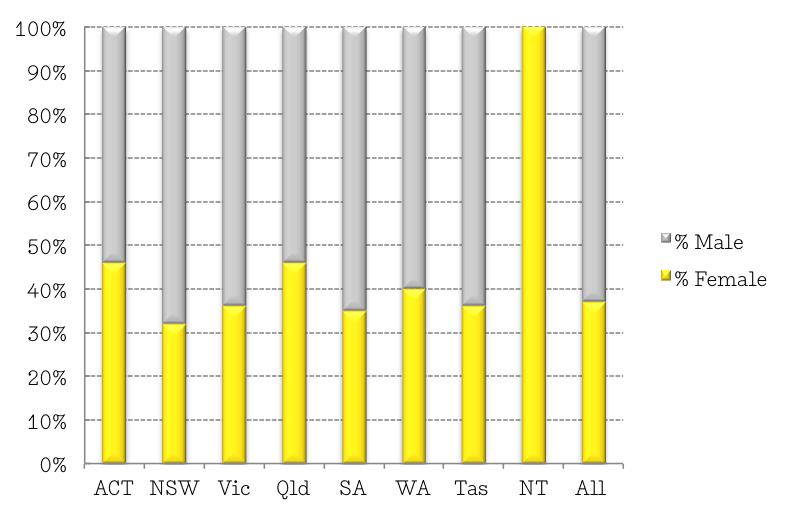 As seen in the chart below, women are concentrated in the lower levels of teaching staff. 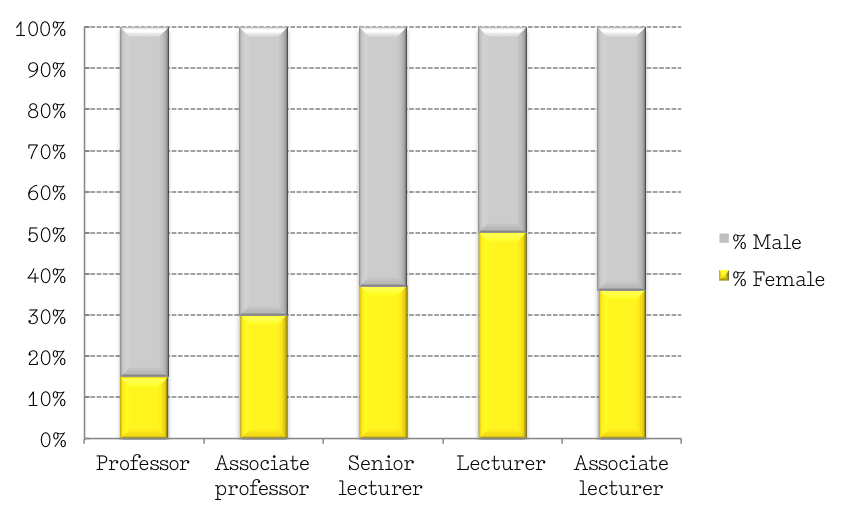 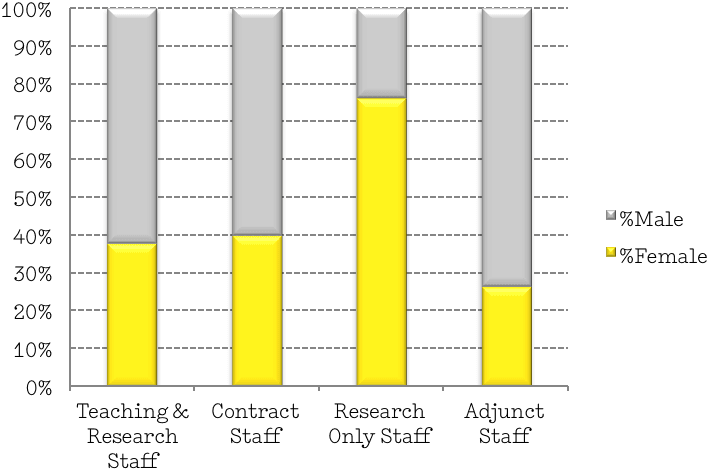 Footnotes
Previous postUpdating the numbers, part 2: at work Next postParlour as part of Public Offer