PARLOUR: a space to speak – bringing together research, informed opinion and resources; generating debate and discussion; expanding the spaces for women in Australian architecture.
In public

Government architects & the value of leadership

What is the value of leadership in public office? How do women contribute to this important work? As decisions are being made about the next Queensland Government Architect, Susan Holden and Kirsty Volz reflect on these questions, and recognise the substantial gains that have been made. 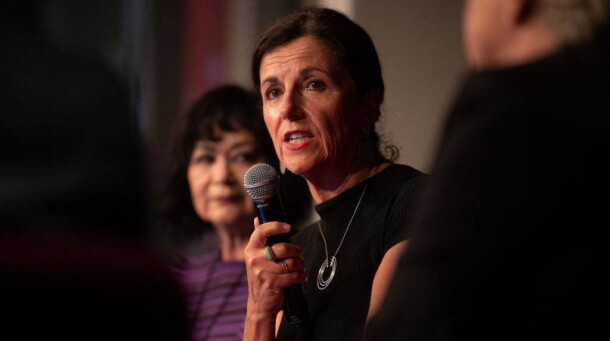 Helen Lochhead speaking on a panel of recipients of the Marion Mahony Award.

The work is unquestionably important. As Helen Lochhead, who herself had a long career in government prior to moving to academia, observed in 2020, it is an opportunity for architects to improve the quality of the built environment in a way “that is much more impactful than the particular confines of a brief.”1 This statement was made at Engaging Women in the Built Environment, an annual event convened by Lochhead at UNSW, which demonstrates the very wide range of contributions women make to shaping the built environment across diverse sectors.

To this end, there is a crucial need for visionary Government Architects who can engage with broader political discussion and strategic decision-making. Alongside this, there is a need for a better understanding and recognition of leadership in design governance within the architecture profession. 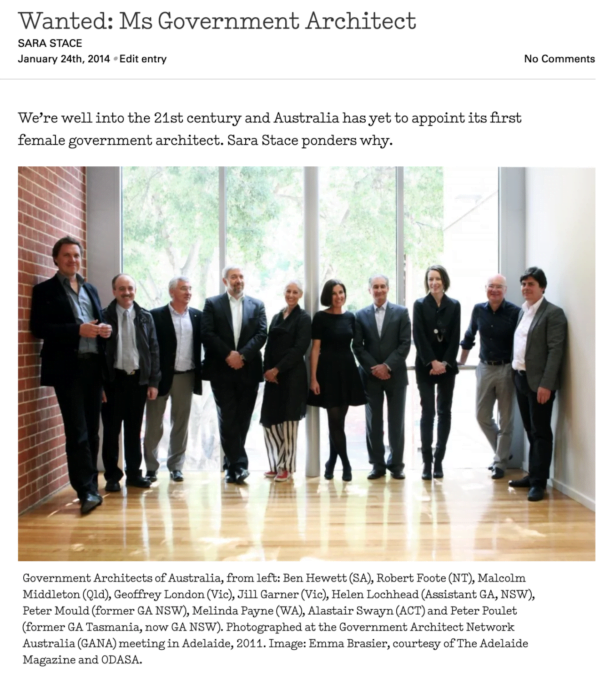 At present there are five women serving as Government Architects across Australia: Kirsteen Mackay in South Australia, Jill Garner in Victoria, Catherine Townsend in the ACT, Abbie Galvin in New South Wales and Rebecca Moore in Western Australia. 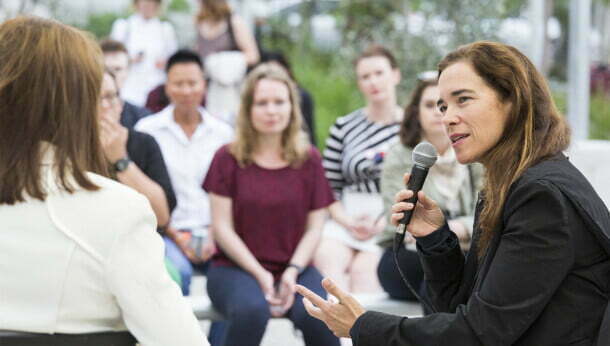 Shelley Penn took up the position of Design Director in the New South Wales Government Architect Office in 2000, motivated by “a serious desire to contribute”.5 In a recent essay, she describes “gravitating towards supporting quality in the work of others” and realising she “could be effective as a champion for design excellence, and … [through] making … public policy.”6 Penn built on this experience to make a sustained contribution in the arena of design governance and advocacy, as Assistant Government Architect in Victoria (2006–2010), and through roles on government boards, at universities and major infrastructure investment companies. Reflecting on her career, Penn observes: “there is a great need to support more passionate, committed and capable architects to do more diverse, excellent work and to recognise and honour what enables that.”7

In 2010 Garner was appointed as the Associate Government Architect for the Victorian Government, and was then the first woman to be promoted to the role of Victorian Government Architect in 2015. In describing her work in this role, Garner states that “our primary concern is that the community is valued, that the community is worthy of having an environment made of good materials, that is clean, is well serviced.”8

Leadership also extends to other tiers of government and non-government organisations, and advocacy on important issues such as heritage, planning and housing. The high number of women in Government Architect roles at present is mirrored in local government, with many women in senior leadership positions – including Bridget Smyth at the City of Sydney, Jocelyn Chiew at the City of Melbourne, and Kim Crestani at the City of Parramatta.

While there continues to be differing views on how to best achieve high quality built environment design outcomes – and a tension between legislating performance measures and the sense that good design cannot be legislated, but needs to be demonstrated, championed and explained – there is, nonetheless a growing recognition of the importance of informal tools in design governance.9

A 2006 round table of State Government Architects observed this shift in the public nature of the role, from having direct influence over projects undertaken by government to a more extensive advisory and advocacy role.10 Design Review Panels are now a key function of Government Architect offices, and are firmly established in South Australia, Victoria, Queensland, ACT, NSW and WA. Many of these panels are also led by women. The new Government Architect in Queensland will Chair the Queensland Urban Design and Places Panel.

The ever-increasing complexity and multi-stakeholder contexts in which built environments are designed, delivered and managed, necessitates an even more rigorous understanding of the value and effectivity of design governance in order to further leverage Government Architect positions to achieve better outcomes at the level of strategic and sustainable planning. The historical precariousness of Government Architect offices in various States, and the lack of Commonwealth-level leadership, presents one challenge to this.11 Since 2004, there has been an effort of national organisation through GANA (Government Architects Network of Australia). Yet there is still no Commonwealth level equivalent position, despite lobbying by the Institute and others. 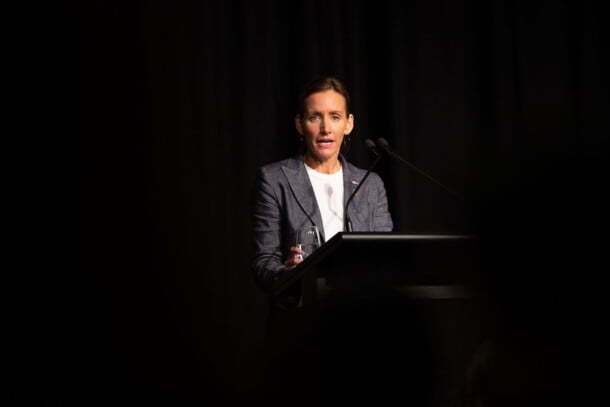 Abbie Galvin, NSW Government Architect, giving the keynote address at the 2020 IWD Breakfast as recipient of the 2019 Marion Mahony Prize.

The invisible or indirect nature of the work presents another challenge, as noted by Galvin, speaking at the 2020 UNSW Engaging Women in the Built Environment event, on her transition to the public sector: “I’ve gone from being in some ways an invisible architect doing very visible work, to being a very visible architect doing invisible work.” But arguably this mirrors the challenge that confronts the whole profession in better articulating and evidencing the values of good design.12

What kind of leadership is needed in Government Architect positions, then?

Galvin describes the importance of being able to influence government processes:

“As professionals in the built environment we get this incredible opportunity to influence in a whole series of ways. [In my current role] my influence has shifted quite significantly, from being in the backend of a project once it’s commissioned, to being able to influence that period of time before a project is commissioned, and then having ongoing influence. That makes an enormous difference. We don’t tend to see how many decisions are made within government and within the private sector too.”

For Galvin, influencing processes is a way “to make better and more engaged clients, so that they get a better outcome and, as a community, we get a better outcome.” This can take the form of strategic high-level involvement, but it can also be through ‘light-touch’ influence: “Sometimes if you get there at the right time, you can influence the process.”13

Meanwhile, we watch with anticipation for the announcement of the new Queensland Government Architect.

Susan Holden is an architect and senior lecturer in the School of Architecture at the University of Queensland where she teaches in the Architecture and Urban Design programs. Her research has been widely published in academic and professional journals. She is co-editor of Valuing Architecture: Heritage and the Economics of Culture (2020), Trading Between Architecture and Art: Strategies and Practices of Exchange (2019), and co-author of Pavilion Propositions: Nine Points on an Architectural Phenomenon (2018).

Kirsty Volz is a lecturer in architecture at the Queensland University of Technology and co-director of design and architecture practice Toussaint and Volz.