Susan Holden and Kirsty Volz interview Queensland Government Architect Leah Lang about the changing role of architects in the public service, the benefits of educating architecture students about governance, policy and non-traditional career directions, and how to make a difference when working in government. 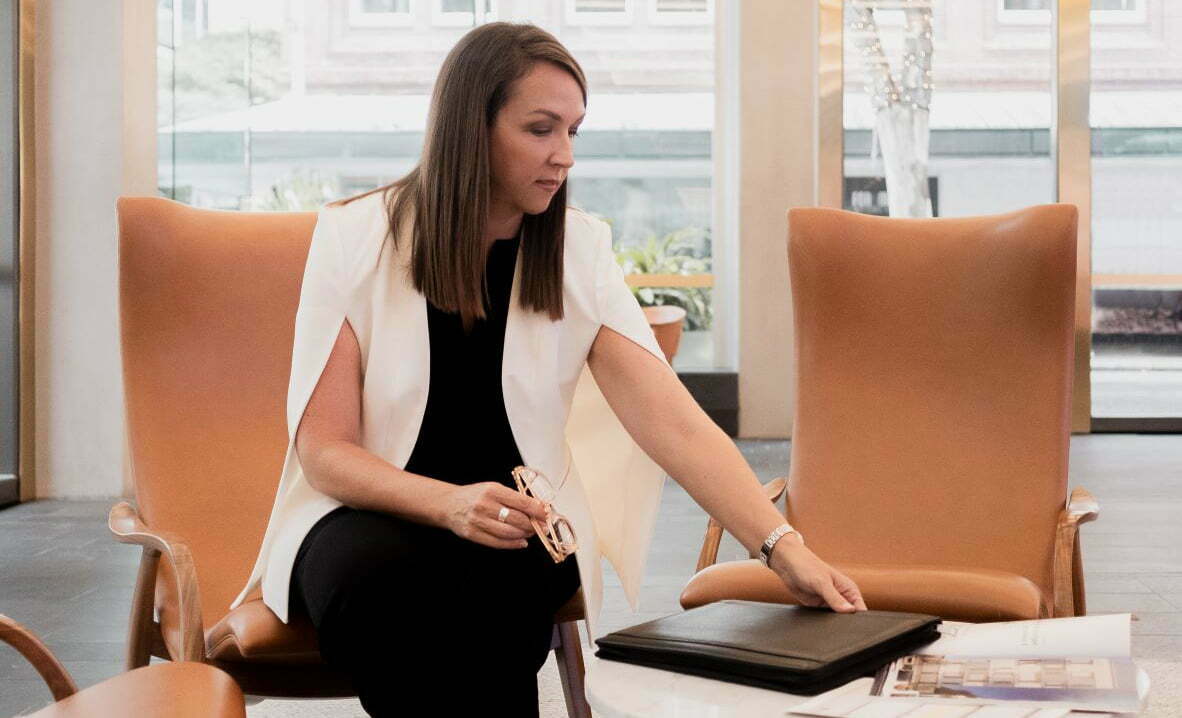 In September 2021, Leah Lang was appointed as Queensland Government Architect, taking on the role after four years as Gold Coast City Architect. When announcing her appointment, Mick de Brenni (Minister for Public Works and Procurement and Minister for Energy, Renewables and Hydrogen) championed Lang’s credentials and experience as a strategic design advisor. He acknowledged Lang’s leadership over public infrastructure development for the 2018 Commonwealth Games on the Gold Coast, which is crucial experience as Southeast Queensland heads towards the 2032 Olympic Games.

For the first time, every State and Territory Government Architect role in Australia is held by a woman, with Lang joining Kirsteen Mackay in South Australia, Jill Garner in Victoria, Catherine Townsend in the ACT, Abbie Galvin in New South Wales and Rebecca Moore in Western Australia.

After her first few months in the role, we met with Lang to discuss what this new era of public design leadership will bring.

SH+KV: In his outgoing reflections, Malcolm Middleton highlighted the changing role of architects in the public service since the era of in-house public works design production. He also reflected that one of his major achievements was to sustain the Queensland Government Architect position through several changes of government and under numerous ministers. What do you see as the next opportunity for the State Government Architect role?

LL: Government Architects sit in an advocacy and advice role. We are no longer the master architect where people come to us for our individual position on a project. It has moved to a more collaborative environment where you need to build relationships and take people on the journey to get the outcome you want. And in government, there are just so many stakeholders. Architects are generous in that dialogue. I don’t come here for myself or the title, and I don’t see working in government as about running your own agenda. I don’t have to be the best design architect in Queensland. My role is as an expert strategic design thinker, conduit, and facilitator for design-led problem solving.

I think you get better outcomes by bringing the right people to the table. But, as Malcolm was right to say, you do have to be at the table. It is a constant challenge to add value to that conversation, so people want you there. It’s also about building relationships across government, like tentacles that reinforce our value.

SH+KV: With the pandemic we have seen senior public servants such as the Chief Health Officer, not only suddenly thrust into very visible roles, but also becoming some of the most trusted figures in the community because of their expertise and commitment to the public good. The role of State Government Architects is also becoming more visible, and the 2032 Olympics will potentially make your role even more visible. What opportunities are there to translate visibility into influence and impact?

LL: The position has been there for almost 20 years, but many people still do not know what we do. People have come to me and said: ‘Oh, great title! What do you do?’ I have a small but very talented staff, which can be a barrier as there is only so much we can take on, but I’ve also got the Urban Design and Places panel of 28 outstanding professionals across the eastern seaboard, who I consider as also part of my team.

There is still a fundamental part of the role in educating about the value of good design. And to challenge stakeholders to think how we can make a better Queensland, through the processes of design, as well as the outcomes.

My current role doesn’t report directly to the Minister, but I see the visibility of the role as a way to build connection, so that my team can be involved in tackling the complex issues in the front end. I also see the value of building one-on-one genuine relationships and facilitating groups to get things done.

SH+KV: The increasing demand for design excellence in the built environment is evident in the expansion of design excellence policy frameworks and the use of design advisory panels at all levels of government and in urban and regional areas. How has your experience coming from the Gold Coast Council prepared you for this role?

LL: In Local Government it can seem as though you are making a more direct impact on the ground because I could see how these things fit together, from amending policy to implementing it through approvals and through placemaking and capital works direct input. We probably had about 600 Development Applications a year come across my team’s desk. We would always assess the complex ones together. Then, I could see the gaps in the policy, go back and speak to the planning department and discuss how we could address them. I had a good relationship with the manager of strategic planning.

I also had a very experienced team, with experience inside and outside the public sector. We could be an authoritative voice because we had that experience and expertise in spatial and urban design. As a result, we could have a much better dialogue with consultants, developers and builders.

Working in local government you are close to politicians, but you’re also close to the public. You really hear what people are thinking. You’re front-facing to developers, but you’re also seeing the flow-on effects of policies on communities. With these multiple perspectives you really can see how to make a difference.

SH+KV: It seems that the importance and value of public service career paths for architects is becoming better recognised. There certainly seems to be a renewed interest in the public service as a context through which to renew the social licence of the profession. Do you have a sense of this shift? How can the professions and professional peak bodies contribute to good decision-making about the built environment in the future?

LL: I’m a strong advocate that government shouldn’t do the work internally. It should work with and engage the private sector to support the economy, innovation and best practice,  and guide through bold and thoughtful leadership. However, it’s essential to have knowledge of design and critical design thinking inside government to bring to project briefs, policy and procurement.

Architects are very good at talking to each other. The inherent challenge is to explain what is ‘good design’ and define the value it brings to a more diverse audience. That requires explaining a lot of layered concepts and understanding who you’re talking to. The design review panels are another important way to get the right expertise to influence outcomes, to get best practice and transparency.

It’s also important to understand the ‘tri-levels of government’. There is no federal Minister whose sole responsibility is for our cities with a focus on built environment and urban consolidation issues. But I hope we can learn from what is happening in other states, through regular connect to the GANA (Government Architects Network of Australia). Queensland has a specific performance-based planning act, and we’re contextually and climatically quite different, but there are some excellent things happening in other states that have bigger and better-resourced State Government Architect offices. There is value in sharing resources and lessons learnt on particular issues, and it is clear from the impact the other offices are making the strong benefits a better resourced and staffed Government Architects Office brings to the State.

The current education of architects doesn’t really touch on governance or policy, so I’ve gained my own understanding and learnt on the job. Architectural education is still quite focused on going into a traditional practice. But there are many career directions to move in with a design-based critical thinking lens. It would be great to get a taste of some of these options at university to see there is more to the spectrum of positively influencing design than being an architect practising in an architectural firm.

SH+KV: Thank you Leah for your time. We wish you every success as Queensland’s State Government Architect at this crucial time for decision-making and agenda-setting for the future.

Susan Holden and Kirsty Volz are currently researching leadership in design governance, and women’s career experiences in design leadership roles, in conjunction with the Australian Institute of Architects’ National Gender Equity Committee (NGEC). The research seeks insights that can strengthen design governance leadership as an important expertise of the profession, and recognise the need for gender equity and diversity in successful design leadership and built environment governance. If you are interested in finding out more about this research, or participating in research interviews, contact Susan Holden or Kirsty Volz.