Karen Burns raises her glass to Marion Mahony Griffin – one of Australia’s most impressive architects, who could also pull off wearing a Tutankhamen turban at a garden party.

We are pleased to publish Karen’s wonderful speech from the launch of Marion’s List, which is named in her honour. 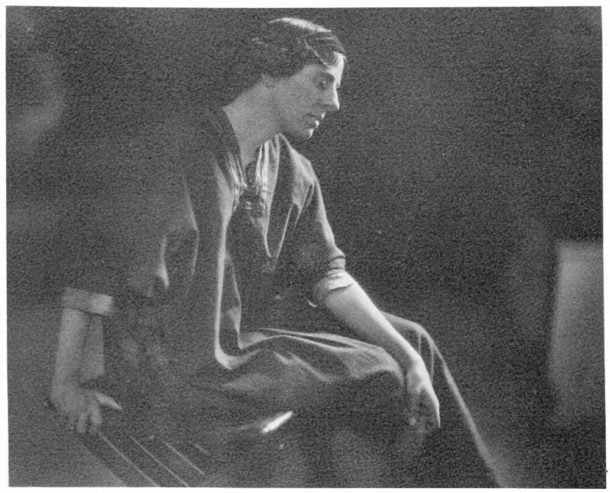 Thank you to the indefatigable Justine Clark for inviting me to speak tonight. It gives me great pleasure to congratulate her on this initiative and to thank her and Peter Johns of Butterpaper for their hard work in making this new Parlour product, and designer Catherine Griffiths for her beautiful typography.

I’d like to begin by acknowledging the country in which we meet and to personally offer respect and reconciliation with the Wurundjeri and Boonoorung peoples and the Kulin nation.

We meet in a pavilion in a landscape – a well-chosen spot in which to remember Marion Mahony Griffin after whom Marion’s List is named. She was an American but was resident in Australia for 24 years from 1914 to 1938.

As many of you will know, Marion was a pioneering woman architect – only the second female architectural graduate of MIT in Boston. Before teaming up with Walter Burley Griffin, she was a residential architect in the mid-West (including designing a house for the Henry Ford in Detroit) and manager of Frank Lloyd Wright’s Chicago office.

In 1911 the Griffins won the international competition to design Australia’s new federal capital, which was formally named Canberra in 1913. They arrived here in Melbourne in 1914 and in those first few years they lived in an apartment (which is still there) on the corner of Punt Road and Commercial Road. They liked to walk home from the city through these gardens and the Botanical Gardens. It feels perfect that we’re here on this spot.

In late 1924, before leaving for a temporary visit to the United States, Marion had a farewell garden party not far from here; with tea served in the Pagoda in the Botanical Gardens. As one did.

The newspaper reported that, “the guest of honour was attractively gowned in a majestic colour knitted silk frock with a cape effect and a Tutankhamen turban”. FAB. If only there was a picture!

The great suffragette and anti-war campaigner Vida Goldstein was amongst those present. Goldstein formed part of the circle of politically and socially progressive Australians that the Griffins gathered around them. In Chicago, Melbourne and Sydney, Marion was a ‘builder of communities and connections’ to quote historian Alice T Friedman.

The Griffins established an architectural practice in Melbourne and would later move to Sydney. In Australia the Griffins pioneered experiments in domesticity and communal living in Ivanhoe and at Castlecrag; they pioneered standardised building production with their Knitlock bricks, and championed native landscaping as well as authoring many key buildings such as the Capital Cinema and Newman College at the University of Melbourne.

Marion was often overlooked or marginalised by those compiling the historical record. In honouring her we give her renewed visibility. Because, strange as it seems, we’re still seeing press coverage that refers to only one Griffin as the designer of the buildings that historians now attribute to the Griffins, as collaborators in life and work. I’m not lying; one arrived last week, and Justine issued a fairly exasperated tweet.

Historians of the Griffins, as Alice Friedman notes, have had to look beyond the professional hierarchies of a male-dominated profession; moving beyond who signed the drawing to try and reconstruct a tale of collaborative authorship.

Architectural history is an important part of architecture’s public sphere: who gets noted and ignored, who is positioned as an agent of history.

Marion’s List is one way of intervening in the processes that give architects profile in their lifetime; processes that help form the first draft of history.

For a long time the historical record on Marion Mahony suffered from many of the problems that continue to render women architects less visible in the public sphere; including firstly the dominance of models of heroic, solo authorship that obscure work day collaborations and teams, and secondly, the failure to see women as leaders.

In case you think we’re exaggerating the continuation of these trends let me draw your attention to the public outrage that surrounded this year’s Venice Architecture Biennale. With the curated theme of architecture as a social project, the director convened a panel of important architects to discuss the biennale’s themes of “inequalities”, “segregation” and “participation by communities. They were all men.

The Miennale, or Maniennale as we might rename it, furiously entered the social media world and twittersphere where people vented their indignation and attempted to get their heads around this disjunction: between the renewal of architecture’s social project and the blindness to gender and race in architecture. But it’s always easier to get someone else’s house in order before tidying up your own.

But the thing about Parlour is it’s predominantly positive tone. It’s “oh look there’s a problem and we’re going to fix it”, attitude. Our Aussie no-worries-we-can-do-this spirit.

Marion’s List offers a register of women at work in the Australian built environment: showcasing the familiar and the less-known women, giving us a portrait of the many skills that go into shaping our built environment.

In this Marion Mahony is also a perfect choice. She was a polymath: a brilliant architectural renderer, a building designer, an office manager, a landscape designer, an urban/suburban designer, a writer and a political organiser.

And she could carry off wearing a Tutankhamen turban to a garden party.

The account of the farewell garden party is from Jill Roe, “Marion Mahony Griffin Lecture 2010: Marion, Miles, and the Magic of America.”

Marion’s List was launched at the MPavilion in Melbourne’s Queen Victoria Gardens on 1 December, 2016. Parlour would like to thank the MPavilion and AWS, a Parlour Partner, for their support of the event.

Previous postPerspectives on Time Next postWomen in the Street 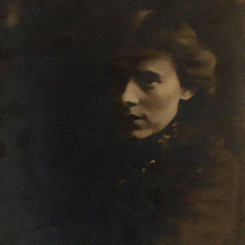 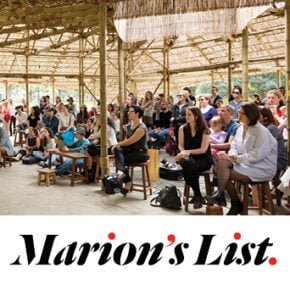 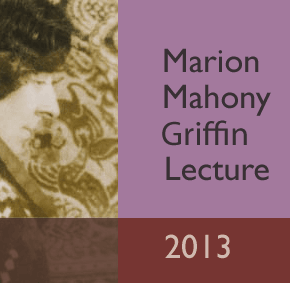 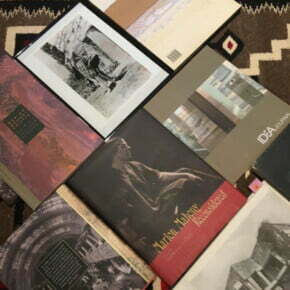