Our voices. Our ways. Our time. Our spaces.

Deadly Djurumin provides a space of support and networking for Indigenous women in the built environment professions, particularly through education and early career stages. It also works to increase awareness of Women’s Law and Mother’s Law within the wider architectural community. Danièle Hromek and Samantha Rich outline the aims and ambitions. 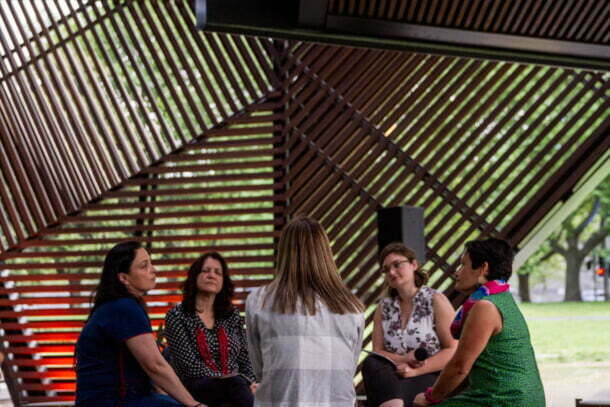 First Nations women working in spatial disciplines face discrimination inherently built into the system both as women, and as Indigenous people. We know that women’s representation in senior levels of built environment professions, while growing, is still low. As owners, women tend to cluster in smaller businesses, and the gender pay gap persists.1 Indigenous women also face unique forms of discrimination, as colonisation and patriarchy violently impact matriarchal ways of living, undervaluing and depreciating women’s knowledges, including about space.2 This unique intersection of Indigenous + women + spatial practitioners has resulted in very low numbers of Indigenous women entering built environment professions.

Regardless, as descendants of our matricentric families, being centred around the Mother, and also descendants of the Mother, our planet, the earth, Indigenous women play essential roles in translating Country into the built environment. Spaces, for Indigenous peoples, are gendered.3 This means when designing for spaces, it is imperative to include female voices in the design process. Without Indigenous women, architectural and design projects risk perpetuating colonial and patriarchal behaviours that have resulted in the current situation of a built environment that is incompatible with Country and does not reflect our diverse places. The exclusion of women has more far-reaching impacts, according to pro vice chancellor Aboriginal leadership and strategy, and professor of law with the School of Law, University of South Australia Business School, Dr Irene Watson:

“With the white-washing or the making invisible of women’s law came the transferred western values, which left Aboriginal women little opportunity to represent their law stories or hold in place our own meanings and functions of the law. Now we hear more about the laws of men and in particular those laws which are repugnant, for example those which mandate old men marrying young women, or those of the payback system. It is these features of Aboriginal law that the public is made most aware of. Laws relating to the obligation to care for country and family, ecological sustainability, and the ethics of sharing and caring and their deeper philosophy remain largely unknown to the public.”4

Climate warnings about the ill-health of the lands, waters and air playing out via extreme bushfires and floods are creating havoc in our environments. We see the loss of biodiversity increasing health risks and all that we know as a society. We believe Indigenous Knowledges play a major role in helping to find solutions to these challenges. As Irene Watson demands, it is imperative Women’s Law, our stories, and sharing our own meanings and functions of the Law specific to women and our various communities are heard again in dominant culture.

“Law” (capital “L”) refers to the laws, customs and protocols of the land set out in the Dreaming as a set of rules or guidelines for every entity to follow as a means of caring for Country. Laws are not changeable by humans. When spelled with a small l, “law” is referring to the imported laws that have come from abroad. For reference, “lore” refers to Knowledges or Traditions passed from generation to generation through story, song and other performative expressions. Law and lore are inter-related and rely on each other, whereas law imposes itself on the land, and on Aboriginal people.

The practice of architecture is diverse in the breadth and approach one can take, from poetic and high-end architecture to socially responsible and Community led (when referenced this way, we are referring specifically to Indigenous Communities). There are so many facets and it takes time to find a niche and people who hold similar views to work with, teach and learn from, through the many stages of a career or profession – especially in a field that has not been an appealing career for Indigenous peoples and particularly women. There is a severe lack of Community to support the diversity of people starting to take up the field of architecture. In our experiences, this started in our education and continued through the early years of our careers. Finding our places in a male-dominated, colonial profession has proven challenging.

In response we have turned to our cultures and our families who tell us that matriarchy and female as an approach inherently includes all as they are based on the First Law, Mother’s Law; the earth as Mother of all does not discriminate among her children, creates safe and healthy environments for all entities of Country, and balance between all Laws (including Women’s, Men’s, Country). And so, we are members of a Community of women called Deadly Djurumin.

Deadly Djurumin is a group for Indigenous women who are qualified and work in built environment fields and closely related spatial disciplines. ‘Deadly’, in an Aboriginal context, means awesome or excellent. ‘Djurumin’ means sister in Dharug (a language spoken in the Sydney area), with similar words in surrounding languages. This name was chosen to reflect the intent of the group, which is to support each other as kin, while recognising our individual and collective skills and talents. Established in late 2020 in response to the severe underrepresentation of Indigenous women in spatial disciplines, the group provides a space of support and networking. Founded by Danièle Hromek (Budawang/Yuin spatial designer) and Sarah Lynn Rees (Palawa/Plangermaireener architectural designer), we acknowledge the challenges of being educated in spatial disciplines, where in most cases the content remains colonial and patriarchal. We also recognise the specific responsibilities Indigenous built environment professionals share to their Communities and to Country.

Through Deadly Djurumin, we offer support to those who are undertaking their studies at undergraduate and postgraduate levels, as well as those in professional capacities. The group also shares work opportunities, with some members working together already, including Danièle and Sam.

Deadly Djurumin is an opportunity to support each other, grow and lead to hold positions and create opportunities to have Women’s, Mother’s and inevitably Grandmother’s Laws become more visible in our spaces. It is an opportunity to further our education, not only in architecture but also our understanding of culture in a culturally safe environment with people we sense as kin. It is also a way to ensure that other women’s voices, in whichever project we work on, are equally heard.

We have visions of an incredible future for Country and Community and we are excited to see ourselves, our Elders, our Countries reflected in the environments we create. If you are an Indigenous woman educated and working in spatial disciplines, come have a yarn.

Samantha Rich is a Wiradjuri architectural designer. Danièle Hromek is a Budawang/Yuin spatial designer and a founder of Deadly Djurumin.

This article was originally published in the Architecture Bulletin vol 78, no. 2, the publication of the NSW Chapter of the Australian Institute of Architects, and is republished with permission. 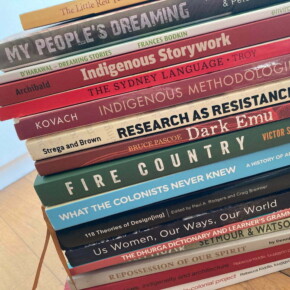 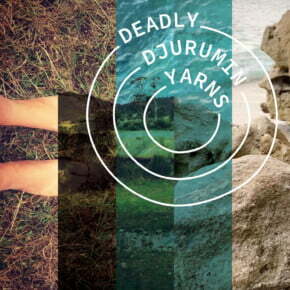 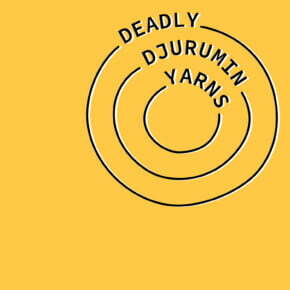 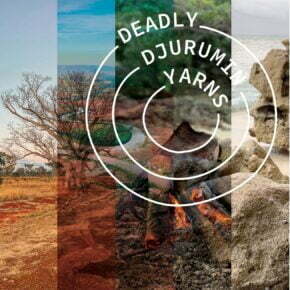