Maunga: Pacific Architectural Collective is an impressive new initiative by a group of Pacific students at the University of Auckland School of Architecture, which aims to connect the Pacific community and the world of architecture.

The videos above were created for a professional studies course at the University of Auckland, where students could choose to develop a discussion on an issue they felt relevant to the architectural profession today. As Pacific women on the cusp of entering the working environment, the assignment gave us the opportunity to highlight and voice some of the ideas and opinions we had been forming throughout our 4 previous years of architecture school and focus in on the creation of Maunga.

The visibility, or lack thereof, of other Pacific professionals and academics is part of a larger diversity issue prevalent in the wider world of architectural practice. As Pacific students, this is a specific and pressing issue for us because our would-be role models are seemingly invisible. Underrepresentation is the reality we face each time we walk into the architecture school or through the doors of many of New Zealand’s largest practices. In our view this creates a negative perception of cultural value and feeds exclusion. It is because of this reality, and with the encouragement of some amazing staff at the university, that Maunga Pacific Architecture Collective was formed. 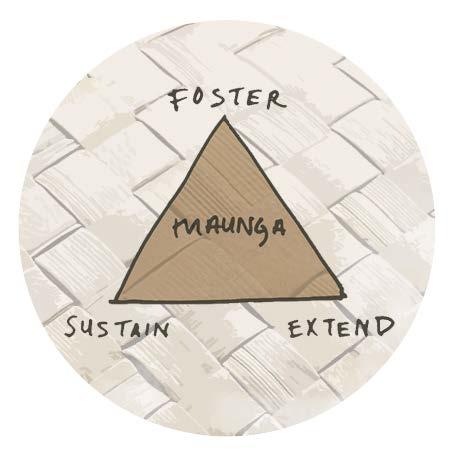 Of the 3,500+ Pacific students studying at the University of Auckland last year (2016), only 19 were studying in the architecture program, making up a little over 3% of the architectural student body across the 5 years. In order for this body of students to grow, we recognise the importance of engagement from the wider society outside architecture. Our Pacific people operate as strong community-based bodies. This means that the viability of pursuing the architecture profession becomes an issue when community understanding of architecture and its importance is limited. Currently we see a disconnect between Pacific communities and the profession, which is significantly detrimental – our people exist right in the thick of the social and urban issues that architects and designers are heavily involved in, such as housing and gentrification.

The ethnic makeup of Auckland and the rest of New Zealand is expanding. It is our firm belief that the architects and designers of our future should be representative of this. Ultimately, we as a collective seek to actively engage in making this a reality. We want to shine a light on Pacific students in the university and be involved with projects that highlight the unprecedented architecture of our own home nations in order to help bridge the gap between the Pacific community and the architecture world.

Tags: Cultural diversity
Previous postWhen being female is weaponised against you… Next postFeministmas!