“Architecture is very … white.” Yvonne Meng raises the uncomfortable issue of race and cultural diversity in architecture, pointing out that we must advocate for equity for all.

Let me just start off by saying that I am uncomfortable about this topic. Race is a sensitive issue – mention the ‘r’ word in a roomful of polite company and expect a level of cringe. It is difficult to talk about without the fear of being labelled a racist or accused of playing the victim. However, it is precisely this discomfort that makes it important to discuss openly without punishment, especially if we are to confront the issues around equality in the profession.

Architecture has a diversity problem. The work of Parlour has been amazing in pushing gender equality into public discourse and the Guides to Equitable Practice provide great strategies to ensure a more inclusive and flexible workplace for both men and women. At its core, the discussion around gender is one of equality – equal opportunities for people, regardless of differences. It’s easier to talk about gender – it is more visible, less offensive, and the fight has been fought for decades so the issue is well-documented. However, meaningful steps towards equality cannot be achieved without properly addressing other issues, such as race, class and sexuality.

For now I want to specifically talk about cultural diversity (or lack thereof) in the architecture profession. Why are there so few non-white architects? Is it an issue that gestates in the classroom? Is the profession unconsciously hostile? Is the glass ceiling real, and why aren’t we talking about it more?

There is an overwhelming under-representation of diversity, especially in the upper levels of the industry. A search through many practice profiles shows scant representation of women at senior levels (although we already knew that), and an even smaller proportion of people of colour. Enrolments at universities tell a different story. Of course, some overseas students return home on completion of their studies, but it doesn’t excuse the fact that architecture is very … white. Finding hard data for Australia is like looking for the Golden Snitch so I have come to the conclusion that it is either very well hidden, or no-one has bothered to do a survey in the first place. However, under-representation isn’t uniquely Australian and research from overseas is publicly available.

A 2004 UK study by the RIBA and Commission for Architecture and the Built Environment (CABE) found that 18% of undergraduate enrolments were non-white, but this group only made up 2% of registered architects. The drop-out rate increased after completion of their Part 1. Lack of social support networks, cultural assumptions, difficulty finding placements, and discrimination were cited as possible reasons. The study also put forward economic reasons for why minority students leave, or were not enrolled in the first place. 1

In the US, the discussion around race is unapologetically frank. The American Institute of Architects’ 2015 Diversity Survey paints an unfortunate picture where respondents perceived gender and race as obstacles to equal pay and promotion to senior positions. 2 Kathryn H. Anthony, in her 2001 book Designing for Diversity, details a plethora of discrimination experienced by her interview subjects. In a breakdown of salaries, women of colour earned 70% of their male counterparts’ pay after 15 years experience, while white women earned 76%. 3

Granted, these studies are not specific to Australia in 2016, but this doesn’t mean that it is not a problem here. Unfortunately, racial stereotypes are pervasive and quite often unconscious.

As a fresh graduate I was told a disheartening story about a couple of architects who had left the profession to set up a business in hospitality, due to their belief that their ethnicity was holding them back. Actually, the outcome of the story was very positive as their business flourished and they were doing exceptionally well, but for me it was hard to hear – I did not want to believe that any kind of racial bias existed. Or, if it did, I hoped I could simply barrel my way through by working hard and letting my merits speak for themselves. However, as I navigated through the working world, small but constant experiences kept arising, which made me wonder if the glass ceiling was in fact there, or if it was all in my head. I don’t think it is.

Quite often I find myself one of very few, if not the only non-white architect in the room or on site. While I believe I have never faced overt targeted discrimination, I have not escaped the cultural stereotypes and subconscious assumptions based on nothing more than the perceived characteristics of my ethnicity. I have been presumed to be ‘quiet’ until I’ve proven otherwise, and have had people blatantly make an insensitive generalisation about Asians in my presence and then quickly backpedal with ‘oh, but you’re not like that’. In my first job, unbeknownst to me, my role was to include being a translator for the practice’s international projects and on my first day I was asked to translate a set of documents from Chinese. I am not literate in Chinese, nor was I ever asked if this was something I could even do. I thought I was there to draw.

Dig a little under the surface and there are many anecdotal examples. There are the students who are quickly dismissed due to their perceived lack of English skills, and others forever typecast as the computer renderer. Then there are the ones in the workforce who feel relegated to production, not leadership, or considered not gregarious enough for client liaison. Assumptions based on stereotypes will incrementally affect a person’s progression.

Stereotypes aren’t exclusive to minorities. The quintessential architect portrayed in media and culture is 50+, male and white, and this is reinforced by the stern, bespectacled masters religiously studied in history classes. This image needs to change, not only to diversify the skills at the top but to demonstrate to the younger lot that architecture is a viable pathway, and ‘minority’ does not mean ‘handicap’.

The profession loses a lot by not nurturing cultural diversity. Australia is the supposed poster-child of multiculturalism, with more than 20% of households speaking more than one language at home, and almost 28% born overseas. 4 And let’s not forget the second and third generation children of migrants. The beauty of architecture is that it shapes the daily lives of everyone, so it makes no sense that the profession doesn’t reflect the populace. In fact, it is extremely arrogant to claim to be the experts of the built environment if the pool of authority is dominated by a singular demographic. Diversity offers broader perspectives and lived experiences, and as a result architecture can be more inclusive, exciting and sensitive. In the rapidly changing social and cultural landscape, architecture needs to quickly break out of its own demographic bubble in order to adapt and be relevant to the community.

I love architecture and I don’t want my ethnicity to influence the perception of my ability, nor do I want to doubt my own longevity in the profession. I have taught in several of the architecture schools in Melbourne and the make-up of the student body is great to see. However, the cynic in me can’t help but wonder if the same diversity will be reflected once this generation of students progress to the later stages of their careers. I am optimistic about the changes happening in architecture, with many amazing women taking centre stage and making waves. However, we need to ensure that the other, more awkward issue of race is also being addressed. Like gender equality, cultural diversity is necessary to stop architecture from being an enclave of homogeneity.

The CABE recommends areas for action, such as employers reviewing their recruitment policies, raising awareness, and providing professional education and support, amongst other strategies. That is all well and good, but as a starting point I want it to be ok to openly talk about race and architecture here. I want advocacy to include all aspects of equality, not just gender. I want to see more cultural diversity within the profession, especially at the top. I believe that it is incredibly damaging to stay silent, or only whisper behind closed doors – because by not speaking about it, we won’t fix the problem.

Yvonne Meng is the principal of Melbourne-based firm Von Atelier. She has been a project architect for the City of Melbourne, worked for several design-led practices in Victoria, co-curated the popular monthly PROCESS talks for four years, and has taught extensively in the architecture schools at Monash University, the University of Melbourne, and RMIT.

Footnotes
Tags: Cultural diversity
Previous postWhat does it mean to be a dangerous woman? Next postMentors: Preparing for Practice 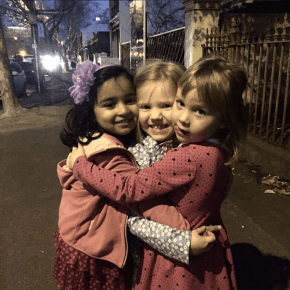 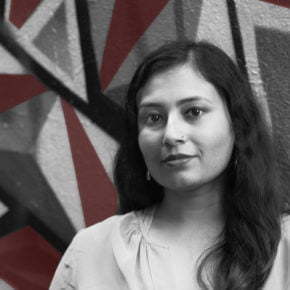 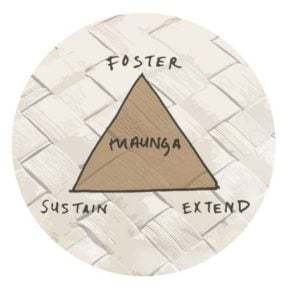 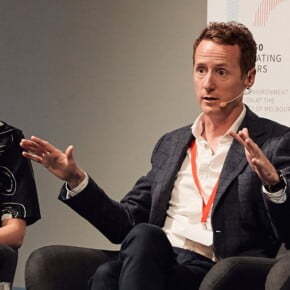