When Sarah Akigbogun was recently introduced to the work of Sharon Egretta Sutton, it was immediately obvious that she must nominate her for Part W’s Alternative Gold Medal.

For the last few months I have been engaged in a project to find and give visibility to female architects of colour. The search started as a tweet. Following that call out to the twittersphere, I was introduced to the work of Sharon Egretta Sutton, whom I later nominated for the Alternative Gold Medal, a fabulous initiative by Part W. 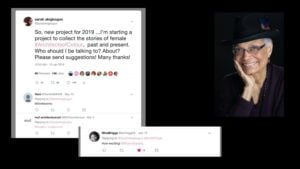 Subsequently I was then invited to present Sharon Egretta Sutton as one of 10 nominees at Part W’s LFA event ‘Gold’. What an honour to present this incredible woman to a new audience. Thank you for the invitation Part W.

My talk was based loosely on Sharon Sutton’s book, When Ivory Towers Were Black, and a recent interview, conducted with her via zoom last month. An instructive read, the book tells the story of how a cohort of largely black and hispanic students received a free Ivy League education. It begins in 1968, as did the talk.

Then a part-time interior design student, she was invited to study architecture at Columbia. She says of her time at Columbia that she and her cohort saw “Architecture as the Revolution” and thought they “could change the world”. She would go on to put that free Ivy League education to good use, trying to do just that, making her career about social justice and becoming only the twelfth black woman to become an architect in the US.

Let’s just think about that. At this point in time, as we speak, there are still only in the region of 450 black female architects in the United States out of more than 100,000 in total. 450. [See Studying the Numbers for more on the stats] For that alone, for achieving that within this context, I believe she deserves the nomination, but in addition to that, Sharon Sutton has five degrees, including her PhD, which was in psychology. In 1994, she would go on to become the first black woman to become a full professor of architecture in the United States. For these achievements I nominate her for the year 1994, the year in which she received her professorship. 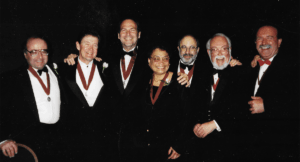 A year after she attained her professorship in 1994, Sharon Egretta Sutton was elevated to the Fellowship of the AIA.

Sharon Sutton’s career was not about towers or iconic buildings. In fact, she consciously rejected this type of work. In an interview with the dean of Harvard, when looking for a place to do her PhD, as he talked about towers, she would tell him, “I don’t want to be up there – I want to be down here, with the people”. Sharon Sutton has dedicated her career to social justice and activism.

There are many other things from our interview that stick in my mind and one of them is this:

She asks of architects, “How long can we continue to walk by the homeless sleeping in the streets and just pretend it’s just business as usual?” How long indeed?…

This talk was based on extracts from an interview, which you can read in full here. 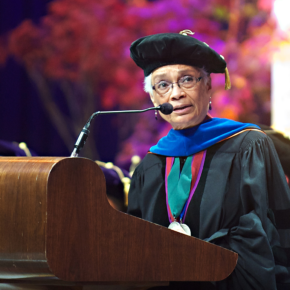 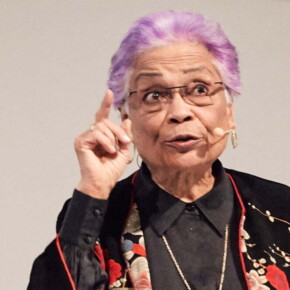 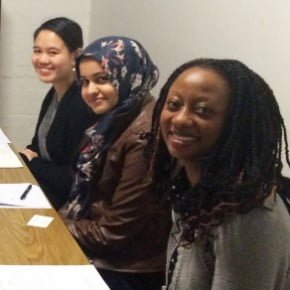 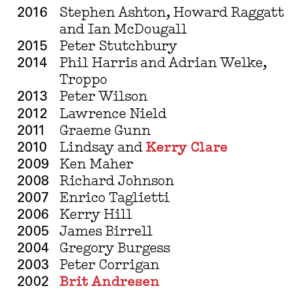