‘Architecture: Where are the Women?’ Revisited

Revisiting her 2003 article on women in architecture, Tanya Trevisan calls for more action to tackle continuing inequality in the profession. 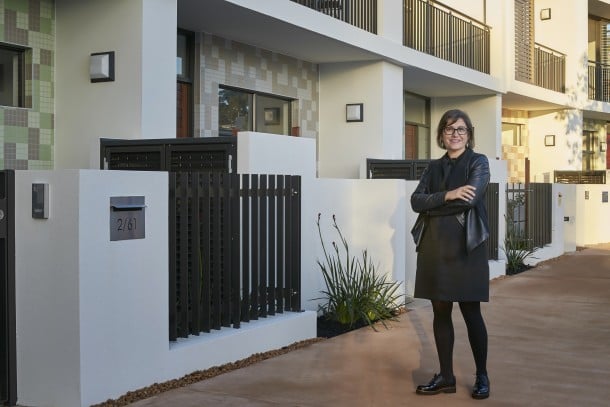 When I wrote the following article ‘Architecture: Where are the Women?’ in November 2003, Facebook was still three months away from being invented, the global use of email and the internet was still in its early days, and societies and media interacted in a very different way to today. This last decade has been one of enormous social change led, I believe, by the communication revolution.

I note the rainbow colours on my friends’ profiles sweeping through Facebook almost within a 72-hour period – friends from different phases of my life and unknown to each other, as far removed as Berlin to Sydney, embracing the anti-prejudicial stance of equal rights to marriage, a stance I need to say that I support fully and unreservedly.

At the same time, the ABC news confirmed women in Australia in 2015 are paid 70% of men’s salaries when compared like for like, disturbingly with the gap widening since 2004. This news didn’t even generate a front-page headline. The Matilda’s soccer team, ranked 10th globally, go on strike because they are paid 15 times less than their male counterparts. At $21,000 for a full-time job, this is substantially less than the minimum wage in Australia. Oscar-winning US actress Jennifer Lawrence made headlines for taking her industry to task over gender inequality and sexism, a practice made public by the Sony hacking incident in 2014. All this news has emerged in the last two months and has disappeared without controversy or discussion.

In Australia in 2015 more than 60% of law graduates are female, yet as things stand, less than 20% will make it to partnership positions. According to 2015 Parlour research, architecture practices have very similar ratios in that the majority of architecture graduates are female and only a tiny minority of those make it to senior directorship level. Imagine for a minute if you changed the headline of the ABC salaries article from ‘women’ to any sort of minority group. What sort of reaction would there be? Yet not one person I know changed their Facebook profile to make a fuss about this or even commented on it. Women in Australia are arguably treated more fairly than in most other countries and we have laws set up to protect every Australian against discrimination of this sort, so what is this about? I don’t understand it.

I look at positive discrimination requirements in relation to board representation and I admit I am not totally comfortable with this. I believe that it undermines the real full-value contribution women make irrespective of gender. However, equally I acknowledge the article ‘A Glassbreakers’ Guide to the Ceiling’ by Myra H. Strober, David L. Bradford and Jay M. Jackman (Stanford University 1992), where it argues contrary to popular myth that time alone will not create equality within the workplace – something I frustratingly now believe to be true.

So when Justine Clark of Parlour asked me if she could re-publish ‘Architecture: Where are the Women?’ and if I would write a preamble, I reflected on what has changed. Twelve years is a long time. Since writing the article, what’s changed for me is that my five-year-old daughter is now approaching her final year of school, full of enthusiasm and huge potential. I am not going to accept that she experiences this sort of prejudice and neither should anyone else. I believe we really need to start making a lot more of a fuss because the low-key approach is simply not working.

NOTE: The following article is republished from Architecture Bulletin June 2003, with permission from the NSW Chapter of the Australian Institute of Architects.

Architecture: Where are the Women?

Tanya Trevisan concludes that despite many women achieving noteworthy results, there is still great inequality for women in the profession.

Approximately a year ago at the end-of year barbecue at the University of Technology, Sydney, a trio of my female architectural students banded together and asked me what it was like to be in the profession as a female architect. They asked me if among architects in practice, there is sexual equality, equal opportunities – What is it like? How disappointing it is to reveal these inequalities exist when the universities to a great extent are sheltered from this fact. Why is it then that the workplace is not? To help answer this I emailed a short questionnaire to many architectural practices throughout the Sydney area. The responses seem to confirm that in 2003 there is still great inequality for women, certainly within the profession of architecture.

Responses were received from architects within 17 architectural practices. The responses came from people who work in practices of all sizes: from sole-practitioners to large practices that employ more than 50 architects and many practices falling in between these two extremes. The time in which this information has been collated is short and the number of responses is relatively small (24). It is therefore arguable that this may not be representative of the true picture, however for the record these are the results.

Results for Part One

Statistically within the limitations of this model:

The issues related to caring for a young family, taking time off to have children and making the choice to work part-time came up much more in the male responses to both questions than the female responses, in fact almost exclusively. These issues were acknowledged by the female respondents, however this apparent gender inequality was also attributed to other issues, which were given greater or equal importance. These other issues deemed to he important are:

A colleague recently gave me a copy of an article entitled ‘A Glassbreakers Guide to the Ceiling’ by Myra H. Strober, David L. Bradford and Jay M. Jackman (Stanford University, California, 1992). This article argues that contrary to popular myth, time alone will not create equality within the workplace. According to their research there are a number of key changes that need to occur sociologically and within the structure of the workplace to allow woman to participate as actively as and equally with their male counterparts should they choose to do so. The article calls for organisational change and support in order that women have the choice to both fulfil a childbearing role and contribute as an active professional. The article also cites more then just the traditional childcare role as the cause of this inequality, noting that there is need for change on both sides, within both male and female behavioural patterns, which to some extent are perpetuating gender stereotyping.

On a personal note I wish to acknowledge that there are a great number of women in both small and large practices who are achieving noteworthy results within the practice of architecture; results irrespective of gender. This article does not intend to undermine those achievements, but it does seek to highligbt the current situation as it exists. Thank you to all those who responded to the questionnaire.

Tanya Trevisan is the Chief Operating Officer of TRG Properties and an Executive Director of TransLinQ Properties and the Transcontinental Group. She is also a registered architect who studied architecture in London and at the University of Western Australia in Perth. She has lectured about and taught architectural design at UNSW and UTS, and sits on the Division Council of the Property Council of Australia (WA).

Previous postWho is on Wikipedia already? Next postWomen in Architecture: Georgia Singleton 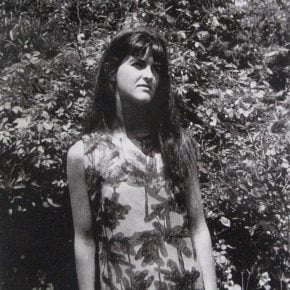 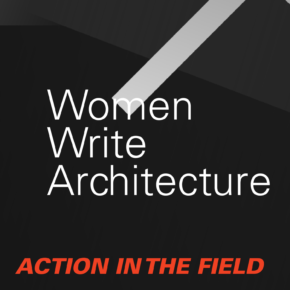 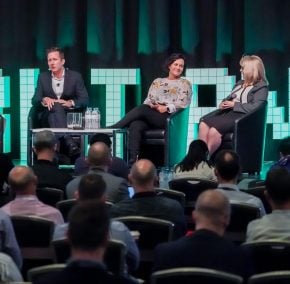 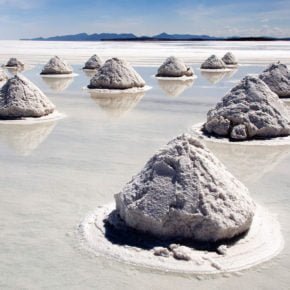