A deadline – the difference between a dream and a goal

New graduate Sarah Herbert shares her plan to defy the odds for women in architecture through goal setting and focusing on one step at a time. 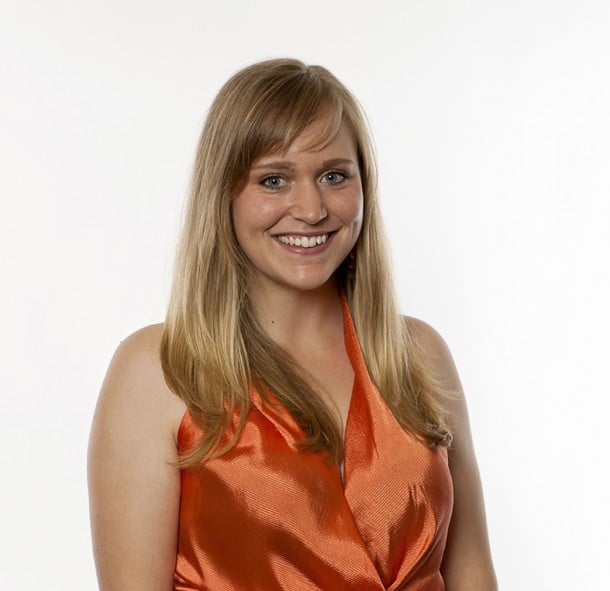 Someone once said to me, ‘others lie in bed and dream about their lives, while I get up and make those dreams reality’. As a young, female Master of Architecture graduate, the statistics tell me that I will make considerably less money than my male counterparts, and will probably get sidetracked by having children, never to return to architecture. But I don’t plan to allow that to happen. Simple as that.

I was blessed with a somewhat unusual upbringing, as an only child, on a farm in a rural area. My mother, who had finally been given the gift of a child, spoilt me to bits, which gave me the confidence to believe that I could do anything I wanted to. My father, on the other hand, tried his darnedest to turn me into the son he never had. From an early age I helped him on the farm, which gave me a work ethic that has taken me far already. The work had to be done, rain or shine. For better or for worse, those cows had to be fed.

End goals often seem daunting, but the steps towards them are quite achievable.

My friends always tease me about being ‘super-organised’ or a ‘super woman’, but the only difference between them and me, is a headstrong belief that I WILL meet the goal. As soon as you believe you can achieve something, your pattern of thought changes from ‘wouldn’t it be nice if…’ to ‘how am I going to get this done?’ This doesn’t mean plaster your walls in goal cards or carry around pictures as inspiration, just believe in yourself and make a mental plan. I remember when I was climbing Mount Kenya, I reached an emotional low point where I knew I couldn’t turn back, but had no comprehension of how I was going to continue for another hour. In a way, that was a tiny moment in life that has taught me a lot about mentally managing goals and challenges. I didn’t know how I was going to keep going, but I knew I was capable of taking one more step, so that was what I focused on, over and over, until I reached the top. End goals often seem daunting, but the steps towards them are quite achievable.

So where to from now? My next goal is to sit for registration in eighteen months. I Tweeted this to my followers last week, and in a way, that is the first step towards achieving a goal—making a statement out loud. Working in a firm whose business model rarely involves contract administration means that this will be a difficult challenge for me. But I’m prepared for this. I’ve spoken to peers who have recently registered, to get their advice. I’ve asked the local examiners about alternative methods of gaining experience. And just last week I met with my employers to discuss embarking on full-time work, and I raised what I was hoping they could give me. I was sincere and honest, stating ‘I have set myself a challenging goal of sitting for registration in eighteen months, so I’m looking for the mentorship and relevant experience to help me work towards that, and to be honest, if [this firm] isn’t in the position to offer me that, I will be looking elsewhere for that experience.’ The response was very positive, and now that I have voiced my goal, there is transparency of expectations either way.

I’m very aware that I’m coming across as a work and goal obsessed lady. But part of the reason for my urgency to get registered, is my bigger goal in life: to have children, to start a family. It may be a challenge to get registered so soon, but I know it will be much harder to do it with young children or working part-time. I think of these challenges that many women face, as being a bit like site constraints in a design project—they shouldn’t be seen as a negative limitation, but rather, as parameters that drive an exciting design, or in our case, an exciting life.

Statistics prepare us for what we need to do. Don’t let statistics become excuses.

The plot twist in this story is that it doesn’t actually matter whether I sit for registration in eighteen months or not. I have found so far in my short life that the journey towards a goal usually reaps more surprise benefits than achieving the goal itself. The point is that I have a plan for working towards what I want. I’m calling the shots. I’m making the most of opportunities. Statistics prepare us for what we need to do. Don’t let statistics become excuses.

Work out what you want. Make a plan to get there. And just keep taking one step at a time.