Gill Matthewson on the complexities of voice and gender in architecture. 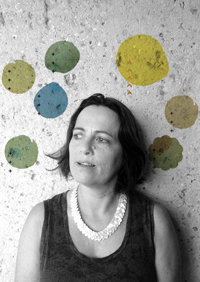 I met an architect in her mid-thirties. “This stuff about women and architecture,” she said, “a few years ago I would have dismissed it as irrelevant and boring. Then I had a kid and suddenly, wham! I’m treated completely differently, like I can’t be an architect anymore. Like everything I now do and say is tainted somehow.” She has hit what American academic Joan Williams has called ‘the maternal wall’, locked out of the world she once inhabited. There are lots of architectural metaphors in discussions about women in careers. And having children is what people usually cite as the reason for the lack of visible older (read over the age of 35) women in architecture.

But it’s not just motherhood. I also met a psychologist who does research into expert witnesses for court cases, and he told me there’s a difference in how the testimony between a male and female expert is perceived. His team has tested it in those experiments that psychologists set up, in which the same words are spoken by a man and by a woman. There were only certain areas – those considered ‘archetypically feminine’ – where women scored better than men. And, in particular, technical language was simply not heard properly from the lips of a woman.

So what does that mean when you are an architect, an expert in architecture? Hard enough for any architect to be heard these days, but just that bit harder again for women. Except you might find them being heard when working in and talking about areas ‘archetypically feminine’. Once upon a time this was limited to colours and kitchens, but broadened a couple of decades ago to include domestic/residential work. More recently, women architects will be ‘heard’ in social infrastructure work, such as schools and hospitals, because of a stereotyped expectation that they will have a ‘natural’ affinity with designing for these traditional realms of feminine expertise – the caring professions of health and education. This is not to say that such architecture is not important but until women architects can be ‘heard’ across the spectrum of projects, equity will not have been achieved.

Things do change, but the theme continues: gender counts – sometimes for you, sometimes against you – but it seems it can’t help but count in architecture.

Gill Matthewson is an architect and academic. Throughout her career she has returned again and again to the issue of women and architecture. The latest manifestation of this is her PhD thesis ‘Dimensions of Gender: women’s careers in the Australian architecture profession’, which has just been awarded at the University of Queensland.

Note: An earlier version of this piece appeared in the Wellington Architecture Centre Newsletter (July/October, 2013)