Cathy Smith offers a ‘Do-It -Yourself’ guide to navigating the difficult terrain of the architectural academic workplace. 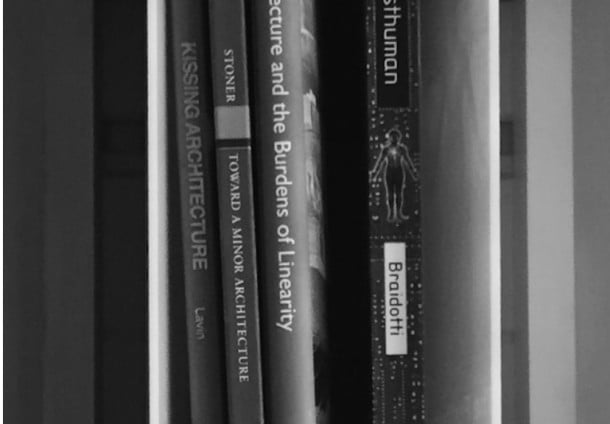 The Merriam-Webster Dictionary defines ‘hegemony’ as “the social, cultural, ideological, or economic influence exerted by a dominant group”.[1. ‘Hegemony’, in Merriam-Webster, . Accessed 16 October, 2015.] In her 2002 text, Metaphorphoses: Towards a Materialist Theory of Becoming, feminist philosopher Rosi Braidotti writes of the insidious nature of hegemony and the attendant difficulties of overcoming the ‘centuries old dichotomies’ embedded in Western thought.[2. Rosi Braidotti, Metaphorphoses; Towards a Materialist Theory of Becoming (Cambridge: Polity Press, 2002).] While her conceptual framework is feminist, her arguments extend to a broad range of life settings in which alterity is repressed.

Reading Braidotti’s arguments, I am reminded of the daily challenges faced by many female architectural academics and students; challenges that often arise from poorly articulated workplace behaviours. We are now broadly familiar with institutional statistics related to gender equity and participation, however this data does not convey the subtle daily problems perpetuated in and through scenario-specific languages, behaviours and interpersonal relations. In our discipline, there are few open forums in which women without significant political tenure have the opportunity to publicly share their stories as a potential source of comfort and advice for those in similar situations. I am, therefore grateful for the opportunity to present one voice from the architectural academy through Parlour, and to invoke the experiences of other academics without a comparable venue.

Academic workplace cultures have significant implications for the profession, as all architects begin their professional life and training inside higher educational providers.

The design studio environment is both the workplace of many full- and part-time teaching academics and a simulated ‘training ground’ for students entering the profession. It is a key site in which culture of our profession is produced and reproduced, but can also be experienced by some as a place of discrimination. In this context, we must remember that those with little control over their workplace settings feel discrimination strongly.

Problems associated with design studio can be a by-product of the institutional hierarchies: the potential ‘elephant in the room’ of our gender equity debate. Universities sustain a series of uneven power relations through their governance structures. This is evident in the relations between administration and academic staff, between students and lecturers, between and among academic staff, from lecturers and senior lecturers, right through to professors, deans, and vice chancellors. These systemic power imbalances mean that a culture of hegemony can easily be fostered and, in worst-case scenarios, educational settings can unwittingly perpetuate negative workplace behaviours among subsequent generations of professionals – regardless of gender.[3. Carol Lakey Hessm, ‘When Narcissus Teaches: Teaching, Mentoring and the Danger of Narcissism’, in Leading with Hope: The Vocation of the Religious Educator. Proceedings of the 2002 meeting of the Religious Education Association (2002). Accessed 16 October, 2015.]

This situation is further complicated by the fact that, although it is conventionally assumed that academics always wield power over students, this is not always the case. Teaching staff are increasingly pressured to attract, retain and assuage the student body, which provides the primary source of university incomes. This can change how disciplinary content is delivered, either positively or negatively.

One of the challenges to workplace diversity relates to the basis upon which key staffs are contracted. Those who teach architecture are often employed on semester-based or fractional contractual arrangements set at the lowest pay scale rate. Yet their contributions are crucial. They work at the ‘coal face’– developing and delivering course content to students implicates them in the training of subsequent generations of architects who will shape the direction of the profession, and the world more broadly. Design studio leaders and tutors operate in the particularly difficult space between the ‘academy’ and the profession, between theory and practice: “reconnecting life and thought”.1 These committed staff can include registered architects with young families or other personal scenarios that necessitate greater work flexibility and part-time employment. Unfortunately, these same working conditions also thwart their capacity to deeply influence or critique an educational system that can discard them at whim. Even tenured academics may feel disempowered by the institutional nature of their employer. Inside this exhausting competitive environment, we academics may become either complicit within or completely subsumed by the same system that exhausts us.

Thus confronted by significant commercial pressures and the progressive withdrawal of government funding, educational institutions are cultivating increasingly invidious environments. The culture of our architecture discipline is both cultivated inside, and birthed from, this most uncomfortable of wombs.

A departure lounge for the profession

To be in a minority position is to be different to those around you. There are some schools of architecture where to be a female student or academic is still to exist as a measurable minority. For example, I have taught a core design subject where approximately eleven percent of the enrolled students were female; I have attended university events where the female representation is even lower. Both scenarios are uncommon in many contemporary educational settings, but they do and can occur as a result of complex cultural and historical legacies. I can only imagine the additional difficulties experienced by a lone woman of a minority ethnic or religious background in these environments.

Inequitable gender representation in workplace committees – coupled with the failure of different or even dissenting voices to genuinely inflect the direction of workplaces – are key reasons why women continue to disproportionally escape our profession. These are Deleuzian ‘lines of flight’ interpreted much too literally.[5. Gilles Deleuze and Félix Guattari, A Thousand Plateaus: Capitalism and Schizophrenia, trans / ed. and edited Brian Massumi (London: Bloomsbury, 2014), 2.] I can’t help but wonder if the university also functions as the flight departure lounge for our profession.

Some recent and unexpected informal conversations with younger academics and graduates of both genders has reinforced to me the value of such mentoring; particularly when I realised the extent and impact of their experiences of marginalisation at different universities. Regular exposure to aggressive, provocative interpersonal relations, combined with limited access to diverse educationalists and significant female architect-mentors at university, has inevitably led some graduates to reject the architectural profession in its entirety. Much to my surprise, I was seen to be a ‘survivor’ by these individuals, a potential role model and voice for a difficult discipline, a still-registered female architect and academic. Given the importance of educational processes to the cultivation of disciplinary cultures, we should all be able to thrive in and not merely survive universities—myself included. How, then, might we enact a positive shift in the everyday workplace behaviours of the academy?

Care and mentoring inside the academy

I believe the proactive mentoring of emerging architectural academics, including part-time academics, is crucial for cultivating positive workplace behaviours; both at university, and by extension, within the profession. Regardless of gender, all teaching academics need mentoring and guidance so that, in turn, they can properly scaffold the experiences of other younger academic staff and students, the architects of the future who are in their temporary educational care. Gender equity policies alone don’t rectify everyday workplace cultures, including those of academia and its studio teaching environments. In order to model and foster diversity, equity and empathy, we must first demonstrate it ourselves through our own behaviours; including, though not limited to, the inclusive languages we use during everyday staff meetings and design critiques. We must listen carefully to voices that may differ from our own. In this globally connected world, no academic should feel like an isolated and dissenting voice inside an autonomous campus – there are genuine consolations to be found through information-sharing and other strategies for personal support.

If it wasn’t for the mutual encouragement provided to me by empathetic, hopeful female colleagues from different universities – necessary support delivered through late night phone conversations and therapeutic social events – I too would have departed this profession long ago. By first identifying, and then understanding and challenging problematic workplace behaviours, we can try to convert adverse experiences into a life-affirming productivity for the profession: investing “the site of the feminine with positive force”, to quote Braidotti.[6. Ibid., 69.] In doing so, we may slowly overcome some of the hidden hegemonies and “forces of habit” that negatively structure our experiences of the architectural academy and, by extension, the profession at large.[7. Ibid., 115.] This is to the benefit of women and men alike.

Dr Cathy Smith is a registered architect in Queensland and Senior Lecturer in Architecture at the University of Newcastle. As an experienced academic, she is particularly interested in theories and practices which challenge hierarchical models of architectural production and consumption. Her scholarly research has been published internationally in various media including Architectural Histories, Interstices, Architectural Theory Review and IDEA.