get: GOING – Male Champions of Change

It’s time to fix the men – Andrew Nimmo reports on the launch of the Male Champions of Change program by the NSW Chapter of the Australian Institute of Architects.

It seems that architects have been talking about gender equity for a long time, yet change has been painfully slow. The theory had always been that, once you had equal numbers of each gender graduating from the universities, the profession would rebalance in time. However, we have largely had equal numbers of men and women graduating for over 30 years; but the rebalancing has not happened. This is perhaps the core of the issue. Change is not happening organically, so it needs to be actioned – and that action needs to come from those with the power. As the Sex Discrimination Commissioner Elisabeth Broderick said, “to deliver equality for women, we must focus on men”.

get:GOING at Tusculum on 18 March was the launch of the Champions of Change (CoC) program, an initiative of the Gender Equity Taskforce of the NSW Australian Institute of Architects. It is based on the 2010 lead of Elizabeth Broderick, who established the Male Champions of Change program, which brought together some of Australia’s most influential male CEOs to use their influence to push women’s representation in leadership and remove the obstacles to change. With newly invested NSW Chapter President Shaun Carter, gender equity is firmly on the agenda for the Institute. 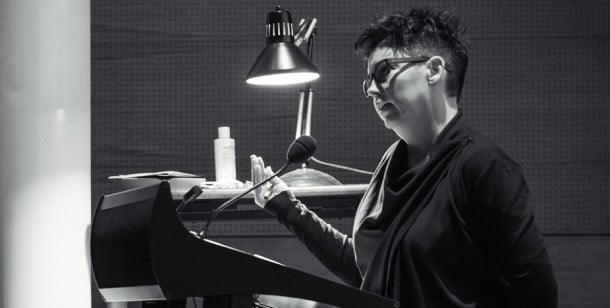 The first speaker, Dr Naomi Stead, gave us the data (gathered from the ARC funded research project  “Equity and Diversity in the Australian Architecture Profession”, which she led). The data is clear: while women appear to start from the same position as men in the profession, this changes as they age – with a steady decline (in relation to men) in participation, registration rates and salaries. They are underrepresented in senior and leadership positions, are less likely to be employers and are less involved in the culture of architecture. These are the facts.

The crunch time comes around 30 years of age. Before 30, gender equity appears in check. After 30, the gap in participation and opportunities starts to emerge. There are no surprises in guessing the significance of this number – it just happens to be the average age in which women give birth in Australia. What is happening is that many women find it difficult to return to the profession after having children and, if they do, their career prospects have been severely diminished. 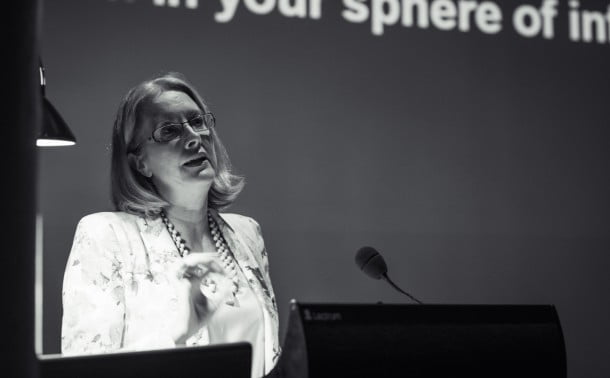 It is not just the architecture profession though. Elizabeth Broderick told us that this data is repeated across most professions; and that much of it has to do with flexibility in the workplace – flexibility regarding how much time is taken off at the time of the birth, and flexibility in the hours worked to manage the needs of the family. However, she was very clear that this is not just a women’s issue. Flexibility should be as important to men.

She explained that in the first wave of gender equality the aim was to “fix women” – to make them more like men. If they could get childcare sorted once they returned from maternity leave, then they would be able to work long hours, attend 7:30 am meetings and be competitive – just like men. This was all about the theory of a merit-based workplace. If women were able to compete with men equally, then they would advance up the career ladder based on merit, and if they did not, then perhaps they did not deserve to.

Elizabeth Broderick noted that historically the workplace is a male system and the ”trickle up” effect is not doing the job of moving more women into the top jobs quickly enough. This is where positive discrimination still has a role to play, along with making the workplace more family friendly. 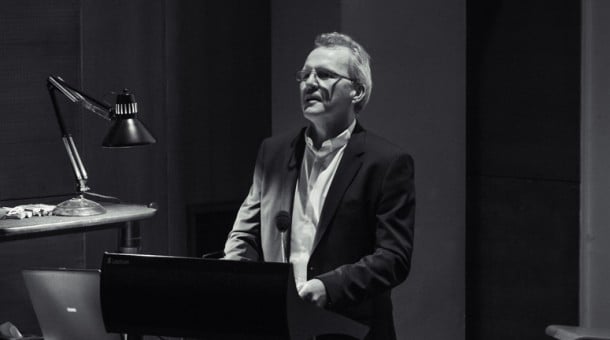 Arup CEO Peter Bailey brought a very personal perspective to the discussion. It was personal because he had witnessed his own partner Sandy driven away from the architecture profession when trying to return after childbirth – because opportunities for flexibility were hard to find. Peter recognised that in hindsight he was part of the problem, as the expectation was that the need for flexibility was a women’s issue. There was a certain anger in Peter’s assertion that bleeding talent was not good for the country – yet that is exactly what we are doing by setting up barriers to true family friendly work environments.

He is part of the Champions of Change group of Consult Australia. It was somewhat ironic having an engineer (a representative of a profession that is not even close to achieving gender equality with graduates) lecture architects (who like to see themselves as socially progressive) about gender equality. Peter’s sincerity on the topic was very powerful, perhaps more so because he was an engineer. Gender quality is not just about the numbers; it is also about the opportunities.

I wrote an opinion piece for the NSW Architecture Bulletin a couple of years ago (Winter 2013) in which I argued that couples needed to take some responsibility for the decisions that they make together about; who should return to work, when they return and the hours that they work. I still think this is true, however the data presented by Naomi Stead, the wider context presented by Elizabeth Broderick and the personal story presented by Peter Bailey has convinced me that this is only part of the issue. Men are less likely to ask for flexibility to care for children not just because they don’t want to, but because they are not expected to. That is the workplace norm, and that is why flexibility for men is as important as it is for women. Until the option for flexibility becomes the new norm, it will remain a ‘women’s issue’. Perhaps it is time to “fix men”.

Announced at the launch were the first signatories to the Institute’s NSW Male Champions of Change charter. These include Joe Agius of Cox Richardson, Gary Power of Woods Bagot, Ray Brown of Architectus, Gerard Corcoran of Hassell, Bill Dowzer of BVN, Troy Uleman of PTW, Adam Haddow of SJB and Philip Vivian of Bates Smart.

There was a lot of love and goodwill in the room on the night. That alone will not drive change. We need to hold the newly invested MCCs to account, along with the rest of the profession. Watch this space for change. 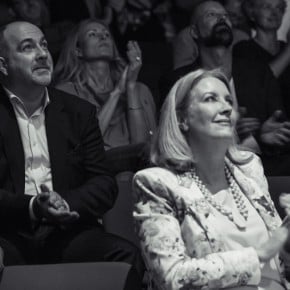 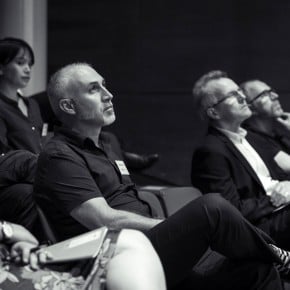 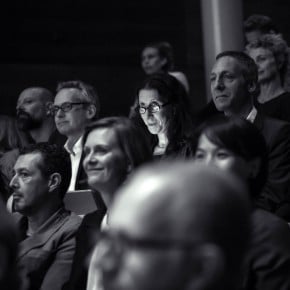 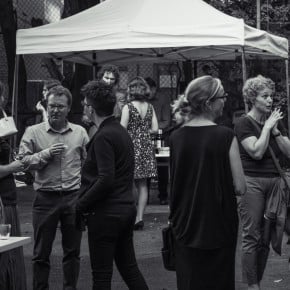 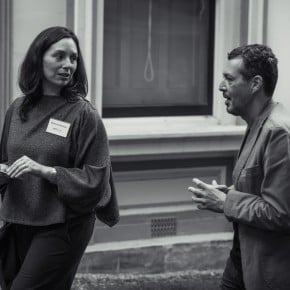 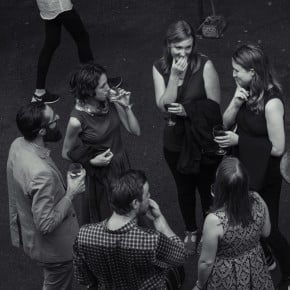 Tags: Champions of Change, NCGE
Previous postThe challenge of changing culture Next postHow to be 'notable'