PARLOUR: a space to speak – bringing together research, informed opinion and resources; generating debate and discussion; expanding the spaces for women in Australian architecture.
Career paths / Forms of practice / In public / Vault

How might we subvert, challenge or rethink elements of architecture culture that disadvantage women and diversity? Tania Davidge argues for the value of engaging in the public culture of architecture, among other things. 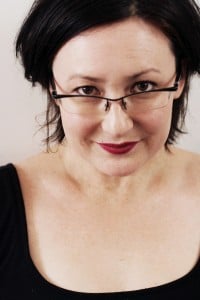 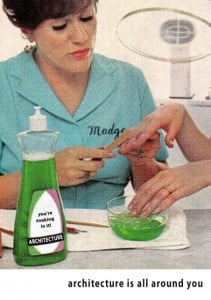 As I write this on a Sunday afternoon I’m listening to my husband recite The Gruffalo to two small children who were, up until two minutes ago, climbing all over me. I’ve already had two cracks at writing this and, to be perfectly honest, I had not expected it to consume so much time or to be so difficult. I’m not complaining about this. Rather I’m pointing out that these difficulties have arisen because the issues I have been asked to reflect on are deeply important to me and have influenced my architectural practice in profound and liberating ways.

Justine Clark and Karen Burns, in their respective articles, have succinctly and devastatingly articulated many issues with which I have had a firsthand relationship. Reading the statistics I feel that it’s rather ironic that I am still plying my trade in the architectural profession at all. Perhaps I am a glutton for punishment, but I would like to think that I am an optimist (perhaps with architecturally masochistic tendencies).

Back to the children… Having children deeply affected my career path in ‘traditional’ architectural practice. There is nothing like suddenly becoming time-poor, exhausted and completely responsible for another life to put things in perspective. Things I complained about yet put up with as part of everyday life in an architectural practice, I no longer had time for. It wasn’t that I was complacent before I had children – it’s just that many issues became irrelevant after having them. I became more interested in putting my energy into fighting the battles that I had a chance of winning or at the very least influencing. 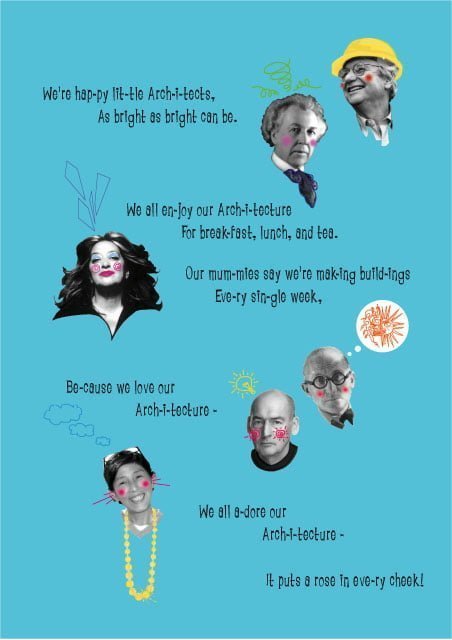 Having children was the catalyst for initiating OpenHAUS Architecture in partnership with Christine Phillips. Christine and I do not have a traditional architectural practice. We often explain this by saying that we do not currently make buildings. Instead Christine and I are primarily interested in developing strategies that engage people with architectural discourse and architectural practice. We believe architecture has the ability to affect people’s lives every day and a better-informed public leads to better spatial and urban outcomes. Engagement is our main agenda.

This leads me to reflect on Karen and Justine’s writings from a professional perspective. For me, the under-representation and under-compensation of women in the architectural profession is part of this broader issue of engagement. How the profession and the discipline engages with women, and the kinds of opportunities women are exposed to that facilitate increased levels of participation, needs to be carefully considered in light of this disparity. Alternative ways of engaging women need to be developed and promoted.

Rather than dwelling on issues of discrimination and bias I am interested in identifying strategies that subvert, challenge or rethink elements of architecture culture that disadvantage women and diversity. Gender inequity and diversity needs to be engaged with on multiple levels: at the level of architectural discourse; at a professional level; and at a personal level. At every level we need to ask ourselves – what strategies might we employ to remove the barriers to practice for women and to increase participation in architectural culture?

In 2011, Jeremy Till made his 30% pledge stating he would only accept invitations to “events/series/books that have at least 30% female representation”.  Till’s pledge addresses the issue of female participation at the level of architectural discourse.  In Australia, women are under-represented as speakers, in the architectural media and as members of the Institute. We need to think beyond traditional networking and develop strategies that help women become more visible at this level and to the profession as a whole. The importance of women role models cannot be understated.

Till’s pledge also evokes a possible strategy in terms of workplace culture. Unconscious bias has been identified as one of the primary barriers to gender equality and diversity. Without clear and explicit decision-making criteria we rely on cognitive shortcuts when assessing information and fall back on stereotyping to fill in the gaps of our knowledge.1 Unconscious bias has the most influence when decision making involves ambiguity, time constraints and when processes lack transparency, scrutiny and qualified objectives.2 For example, when faced with a clear ‘fit’ in terms of hiring the decision-making process is straightforward – the outstanding candidate will typically get the job. However, in cases where the choice between candidates is not clear, the gaps in a candidate’s potential are filled out by a reliance on subconscious stereotyping. In these cases it is significantly more likely that the candidate chosen will fit the stereotype and reinforce dominant stereotypes and normative workplace practices.

Actively combating unconscious bias requires a commitment by an architectural practice to implement strategies that deliberately address bias, putting in place transparent criteria for promoting, hiring and compensating their staff. Perhaps the first step in creating a more diverse and equitable workplace culture would be to create a pledge list of Australian architecture firms committed to proactively addressing unconscious bias and inequality in the workplace.

When faced with the intensity of architectural practice and the realities of an entrenched professional culture it is easy to feel ineffectual. It can be difficult to discern what we can do individually to improve opportunities for participation and diversity. How can we engage with this issue in such a way that we feel like we are making a difference?

Firstly, we need to think about what our responsibilities are. I believe we have a responsibility to be aware of the statistics that relate to the under-representation and unequal compensation of women in the profession. An awareness of inequity influences our everyday practice and can act as a catalyst for change. For me the statistic that only one out of five women architecture graduates register as architects was so astounding that registration became an important professional and personal goal. This is not to imply that registration is the answer to the problem. We pick our battles and effect change in small increments. Sometimes these battles are large – we might start our own practices so that we can create a different kind of professional culture that provides us with the balance and flexibility we need (I am pleased to say I know of both men and women who have taken this route. )

More often than not it is the small things that accumulate to make change. It could be as simple as saying yes when we have often been taught to say no – to extend our boundaries and to challenge ourselves. We might take our children to a meeting, as life sometimes requires, and acknowledge that we are parents and also professionals. Perhaps we can simply make time to attend a discussion or a lecture. Women need to be represented in the audience as well as on the panel and the podium. We should take opportunities to speak – this does not necessarily mean giving a lecture, perhaps we could start by asking a question?

Footnotes
Previous postMaking the future Next postThe questions to ask