An interview with Angela Dapper

Expat Australian architect Angela Dapper, project architect for the Stonehenge Visitors Centre, was recently nominated for the AJ Emerging Woman Architect of the Year. Esther Sughito interviews Angela about her career and life so far.

Angela Dapper, an Australian expat from Adelaide, now lives in London with her husband and two kids. Angela was recently nominated for Architects Journal’s Emerging Woman Architect of the Year for her role as project architect in the recently completed Stonehenge Visitor Centre by Denton Corker Marshall London. As a recent graduate in 2007–08, I had the privilege of working alongside Angela during a short stint in London. I’ve since witnessed the challenges placed in front of her as motherhood took hold simultaneously as the Stonehenge commission reached its peak, and the fine balancing act that tooks place as a result. Here she imparts the knowledge gained over the last few years.

Angela Dapper: I studied architecture at the University of Adelaide, finishing when there were very few graduate jobs in architecture. I worked for two years in Melbourne at a commercial firm but wanted to find more interesting and exciting work, so I moved to London. After a succession of jobs I ended up at the London office of Denton Corker Marshall, which resonated with not only my design ideals but also my way of working.

ES: How do you engage with the architectural profession outside of tradition modes of practice?

AD: I have always loved architecture so it is more of a lifestyle choice rather than just a job. London offers so much for architects, not only is it a beautiful city but there are so many amazing opportunities. I have loved taking classes such as ‘Sketching the City’ and being able to complete a Masters in the History of Architecture, based on London architecture. Recently I was on the jury for the WAN (world architecture news) awards, such a great (and fun) opportunity that I couldn’t say no, even though I had a six-week-old baby at the time.

ES: How has your work changed in response to being a parent? What conversations did you have leading up to having kids?

AD: Before having children I never questioned balancing a career in architecture with a family – it just seemed like a natural thing to do. After my first child I realised that children are all encompassing. At this point I questioned if it was possible to continue working in the same pre-baby manner. I was really concerned about returning to work after having a baby, but during my first week back I realised that architecture is so much easier than motherhood. As a result of being a mother I became super-productive and a better architect (even on days with only a couple of hours sleep). I also managed my projects within a three or four day working week. This realisation made it easy to decide to have a second child. It is not physically easy to balance architecture and children, particularly when both demand your time, but doing a job that you enjoy makes it worthwhile.

ES: What’s your highlight of being an architect?

AD: It is amazing that architects get to create places and spaces for people to enjoy. Architecture is a very rewarding profession. The highlight of my career so far, has been the completion of the Stonehenge Visitor Centre. It is wonderful to see the thousands of people pass through and enjoy the building. As a result of my work on Stonehenge I was shortlisted for the AJ Emerging Architect awards, for Women in Architecture, which was a real honour.

ES: What’s your greatest lesson learnt as an architect?

AD: As an architect I have learnt never to assume anything, particularly in regards to construction. If you want a particular detail, you need to make it very clear.

ES: Looking to the future, what’s in store for you?

AD: The nice thing about being on maternity leave is having the chance to reflect on my career. I definitely want to work more on my design skills, so I need to do some more competition work. I will definitely go back to work at Denton Corker Marshall part-time, starting with three days a week. Ideally, I would like to move towards five short days of perhaps 9 am to 3 pm.

AD: You will always be good at doing something you enjoy. Life is too short to waste it in an office where you do not enjoy your work or are not appreciated. The recent Architects Journal UK Women in Architecture Survey results were astounding. It is surprising that sexism is still prevalent in architecture. Architecture and particularly construction sites are still very male dominated. If you experience sexism, or are intimidated at work for any reason, address it instantly and shout about it.

Angela Dapper is keen to hear of other experiences of architects practicing flexible work hours. Her twitter handle is @angeladapper.

Esther Sugihto is a registered architect, and works four days a week in private practice. She freelances on the side and runs Melbourne Architours in her spare time with Andy Fergus (urban designer), Mark Skiba (landscape architect) and Shelley Freeman (architect). She can be reached via twitter and instagram as @social_archi. 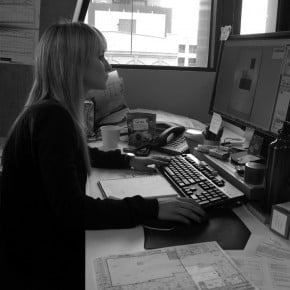 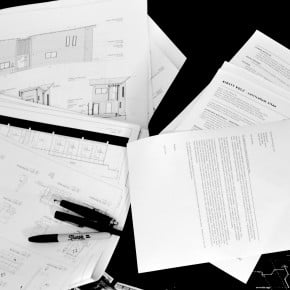 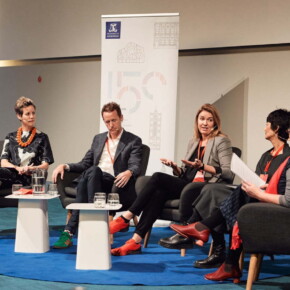 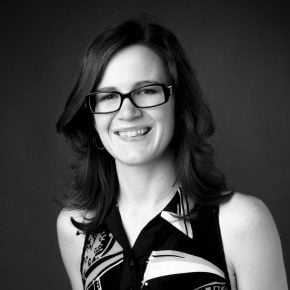