Have you heard of False Part-timers Syndrome? Emily Bates uncovers the emerging disorder that is increasingly prevalent in workplaces around Australia. 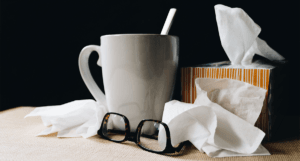 A friend of mine was thinking about changing jobs and she was explaining why over coffee. “I just feel like I’m working a full-time job but getting paid 40% less,” she told a group of women. “I thought this would be a part-time job, but it’s just not working out that way.” We exchanged knowing glances.

My friend had fallen victim to False Part-Timers Syndrome, a relatively new and undocumented disorder, but one that is rapidly spreading across the corporate world. Haven’t heard of it? I may have just coined the phrase, but I’m sure you’ve observed it. Sufferers tend – almost exclusively – to be working mothers, trying desperately to hold onto the careers they had BC (Before Children), while balancing their child-rearing and home commitments.

The progression of the disorder is largely consistent. First, the woman returns from maternity leave, either on a full time or part time basis. She may be convinced to transition to a part-time role by her employer, to ‘help’ her find balance in her life. Or she may go to great lengths to secure a part-time role, believing it will allow her to achieve the elusive work-life balance. Either way, she’ll have several realisations over time, as the syndrome develops. She’ll realise she’s working the equivalent of a full-time job. She’ll have all the same tasks, KPIs and performance expectations. She’ll be expected to reply promptly to emails sent on non-working days. She’ll take calls that begin with “Oh, are you not working today? Never mind. I’ll be quick then…”. Meetings will be set for her non-working days and she’ll be expected to attend, dial-in via phone conference or feel guilty that she can’t.

Slowly but surely, her working hours will creep up and her ‘work free’ days will become less fixed as she attempts to meet the expanding requirements of her role. The only thing that will firmly remain part time is her salary.

What’s most curious about those suffering from False Part-Timers Syndrome is they will feel entirely responsible for developing this syndrome. They will believe their own actions have led to the contraction of the disorder and they alone must be responsible for its treatment.

It’s not hard to see how this troublesome syndrome has spread through the corporate world so rapidly. Many working mothers have been sold the dream of work-life balance and “having it all” with part-time work often touted as the solution to all life’s problems. Corporates are increasingly under cost pressures, being asked to do more with less. Even full-time workers are asked to “work smarter, not harder” and other equally meaningless and unhelpful platitudes.

False Part-Timers Syndrome is not just the fault of those who contract the disorder. It’s also not caused purely by exposure to large corporates. It’s induced through a complex web of factors. But the treatment is more straightforward.

I applaud corporates for wanting to create part-time roles for those who want them. Many people do want this at some point in their career and it’s critical it’s available or we risk losing many talented women from the workforce. But I humbly offer this one piece of advice: when part-time roles are created, they need to be tested as being truly part-time roles.

Part-time work is a reality of today’s corporate environment and an important part of the employment mix. But we all have a role to play in stopping the spread of False Part-Timers Syndrome.

As for my friend? She’s currently redesigning her job description to make it a true part-time role and I couldn’t be more proud.

This article was originally published on LinkedIn and is republished here with permission. Emily Bates is a strategic marketer, non executive director, keynote speaker and experienced corporate leader. Over the last 20+ years she’s worked part-time, full-time, overtime and all the time, and she’s seen more than a few cases of False Part-Timers Syndrome.