Many women leave the profession due to the difficult combination of poor work cultures, long hours and low pay. But these conditions affect everyone – women and men – as well as the viability of the profession as a whole. Andrew Maynard sets out the issues and challenges the profession to end exploitative and exclusionary working practices. 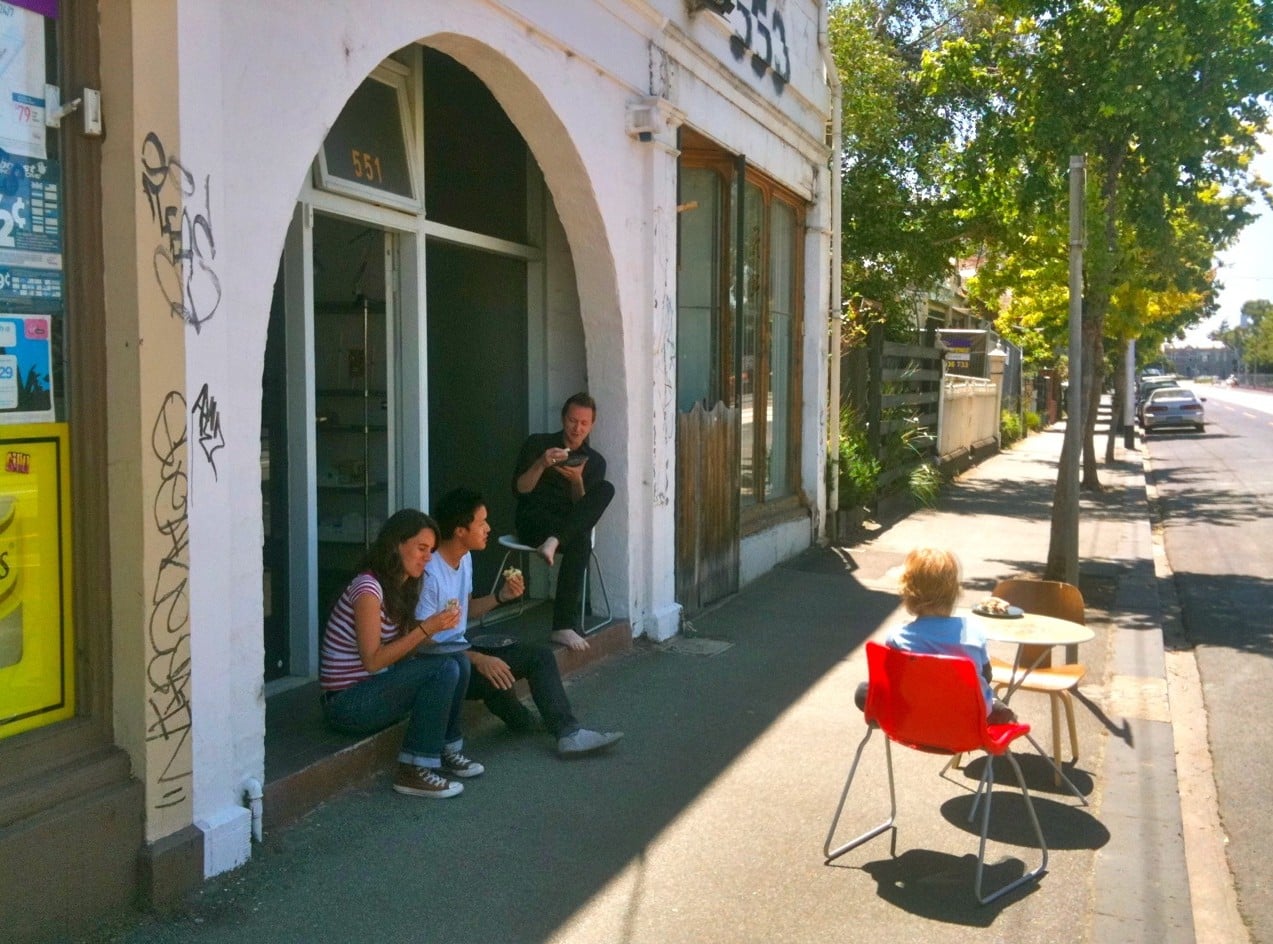 It is time for architectural work practices to grow up. We must stop deluding ourselves that architectural employees are anything other than a contemporary exploited labour force.

Epicurus argued that humans needed only three things in life to be happy – friends, freedom and an analysed life. All evidence indicates that Epicurus had a rather good time while he was around. Now he is dead. I wonder if Epicurus became a senior associate at Philosopher & Associates Pty Ltd before he died? Surely this was a priority. Does contemporary architectural employment deny us our happiness; our friends, freedom and the opportunity for an analysed life? Many would argue that being employed in architecture and the pursuit of happiness are irreconcilable. It can reasonably be argued that most architects, and almost all recent graduates, are working in conditions that are unhealthy, unsustainable and exploitative.

At 27, like a surprising number of architecture graduates, I cut and ran from commercial architecture. A number of my peers disappeared into graphic design, 3D rendering, fashion and retail. I did my time and mused that, “Life’s too short. I’ll start my own practice. I won’t work for another architect again.” What I didn’t know at 27 years old was how unlikely it would be that my practice would survive. (It was more luck than anything else, by far, that it did).

We all imagine working for ourselves. We become the authors of our own work, we get the credit for our work and, most importantly, we gain full control of our working conditions. After ten years I now have what could be described as a good work/life balance. My office is an old shop front on Brunswick Street in Fitzroy. I live upstairs with my eight-year-old son and my partner. At 5.30pm all staff leave the office, including myself. On some nights I will return to the office after my son has gone to sleep to play video games (mostly COD, SWTOR and BF3). On very rare occasions (perhaps six times a year) I work at night, however, this is done under very specific conditions: Firstly, I am inspired and, secondly, I want to work.

Most importantly, through planning, management and the ability to turn away bad projects, I never allow myself to be in a position where I need to work after hours. I have manufactured this situation with great difficulty over the years and outside of the norms of architectural practice. To generate this work/life balance I have opted out of the overly competitive and patriarchal environment that contemporary architectural working culture demands. My practice fills a tiny niche and I recognise that it is not financially viable for the profession as a whole to do as I do.

After all, the entire profession cannot relegate itself to working almost exclusively on renos and extensions as I do. Commercial architectural firms are the biggest employers of architects and their slice of the pie continues to increase as we see mid-size practices morph and compress. The vast majority of architects will continue to be employees rather than employers.

There is a strange unspoken, yet ubiquitous, competitiveness within architecture offices. Who will leave first? Who has put in the most hours? Who looks busiest? Who gets along best with the boss? Whose timesheet is full of ‘office’ and ‘admin’ hours?

When I worked for one of Australia’s largest commercial architectural firms I deliberately ignored this internal scrutiny. I did not want to compete with my fellow employees and I did not want to be exploited by my employer. I dedicated myself to producing the best work I could within the constraints of my employment agreement.

This attitude, as expected, put me on a crash course with management. When it was clear that I was going to be uncompromising my employer became passive aggressive and easily rallied a handful of fellow employees against me. I was accused of not being a team player. I was accused of not being committed to my projects. The quiet hostility got to the point where I found it necessary to have my employment agreement front-and-centre on my desk, conveniently flipped to the page stating that my work day ceased at 5.30pm and my right to paid overtime should I work beyond this.

Eventually I surrendered to the realisation that I was very much alone in exercising my rights. At no point during informal reviews of my work and attitude was the quality or quantity of the work I produced in question. I performed my contracted task well and received compliments from fellow employees about the care and rigour of my work. There was no evidence that I did any less work than other employees. However, it became obvious that one idealistic graduate commie upstart like myself was not going to change the exploitative office culture of one of Australia’s biggest firms. So I left. 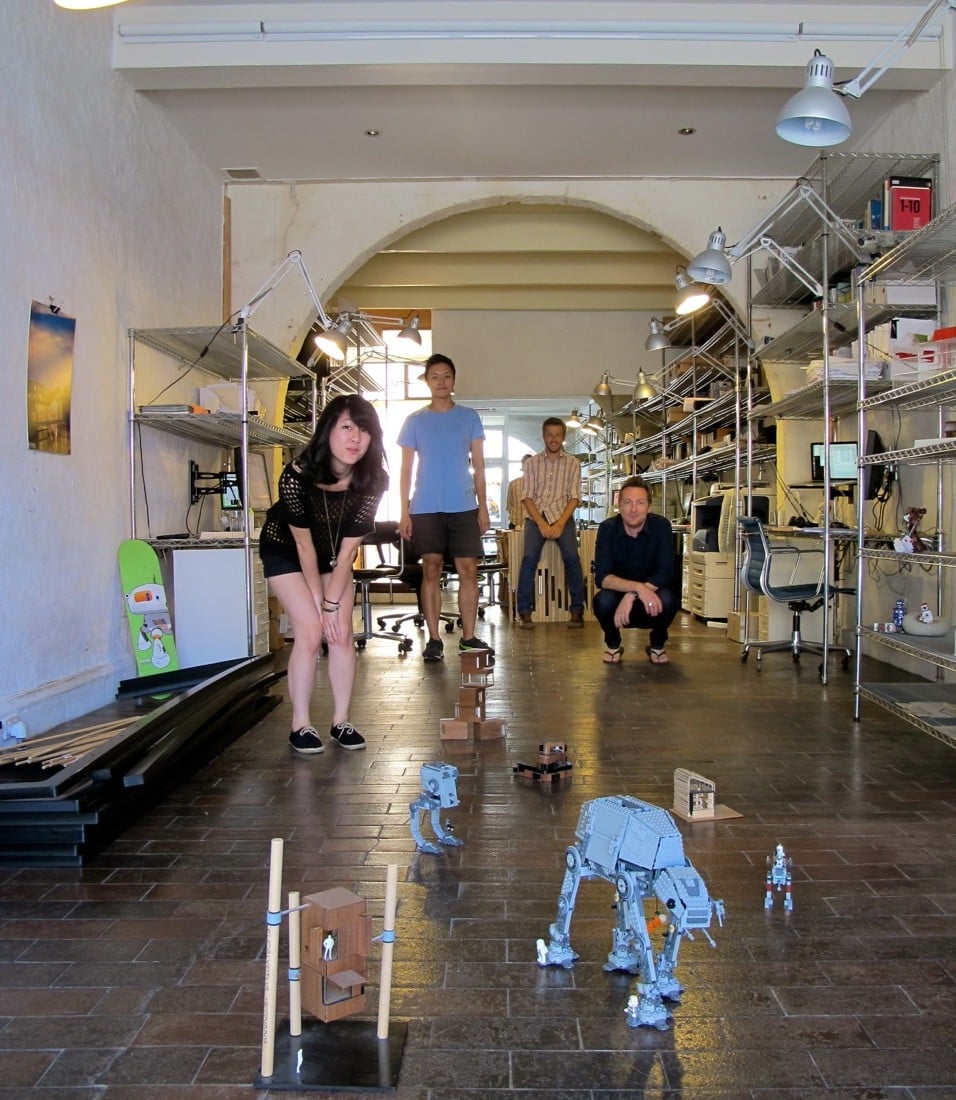 But why was my insistence to work within the time limits, protected by my employment agreement, so confronting and provocative to my employer and so threatening to a handful of fellow employees?

Working overtime for extended periods indicates a fundamental failure in planning or communication. 1

A number of unique conditions, and abundant false logic, leaves young architects exposed to exploitation. Perhaps it’s our left-of-centre university indoctrination to be egalitarian, generous and servants of society and the city? Could it be that ‘all-nighters’ are considered the norm and time management is seen as the enemy of creativity at university? It could be the illusion that one must suffer for their art. Is it simply the need to conform to an office culture?

Regardless, there is the belief that architecture is a profession that demands all or nothing. We are even led to believe that we are working in an industry whose margins are so tight that its very survival is reliant on donated time of architectural employees.

Arguably the most pervasive element enabling exploitative office culture is the postmodern trickery of the contemporary working environment. Slavoj Žižek argues that modern employment tactics create the illusion that our employer is our friend. This fabrication empowers the employer while denying the employed the right to vocalise and protest dissatisfaction of their working conditions. “You’re not going to stick around and help out? I thought we were a team? I thought we were friends?”

Žižek suggests that the environment of the workplace has been twisted, using architectural devices, to manipulate employees. Kitchens, ‘break-out spaces’, lounges, free food, free coffee – he postulates that this is a postmodern sleight of hand designed to manipulate and disarm staff. By fabricating the illusion of employer as friend, the employed is denied the opportunity to protest, argue, fight, be adversarial and demand more of their working conditions. These informal spaces are political spaces of control, surveillance and manipulation.

Architectural employees operate within a specific set of broken logic principles that leave them open to exploitation. We tell ourselves ;

If I work longer hours I will get promoted and paid better.
Architects are often the lowest paid person on the building site and the only ones willing to donate their leisure time for free.

I will one day start my own practice.
The proliferation of small practices and their significant cull rate illustrates a pathology unsupported by economic logic.

I’ll rise through the ranks of management.
Architects are a labour force, not a set of managers. The most insidious trick in the corporate world was to begin calling everyone a manager, executive or senior something or other. This created the illusion that everyone was on a relatively even plane with their employer.

We must suffer for our art.
We are suffering for our employers’ profit. After all, how much of your time is spent being the ‘artist’? I spend around 7% of my time being the ‘artist’. I refuse to suffer and sacrifice for all the other stuff.

My employer is suffering equally for the good of the project.
Each unpaid hour of overtime you work is profit to your employer. Though an employer may articulate otherwise, profit plays a fundamental role in encouraging an environment of extended working hours. If one of my team did an extra hour I could only think “thanks for that extra $210 you just gave me”.

Architectural practices cannot afford to pay overtime.
Like so many other professions, the architectural profession would adapt. It would remodel its spreadsheets. So is the nature of capitalism.

Other professions, such as law, demand extended hours – why not architecture?
Law is one of a handful of professions that has a cultural predilection for extended hours. The fundamental difference between law and architecture is that lawyers are typically paid very well.

Creativity doesn’t necessarily happen between 9am to 5pm.
How creative are you between 5.30pm and 8.30pm? Let me answer that for you; you are not creative at all, you are in fact tired, hungry and keen for a beer. You may get a burst of creative energy at 2am, but those moments are rare and fleeting and they don’t need you to be sitting in your employer’s office for them to emerge.

Once you allow yourself and the staff around you to work past your contracted period of employment you are enabling a culture of exploitation. A commercial office is an instrument to make money not art. There is a hint that gives this fact away – it’s the word ‘commercial’. Yet it is within the practice of commercial architecture that we see the greatest amount of unpaid work and we see the greatest donation of leisure time to an employer. 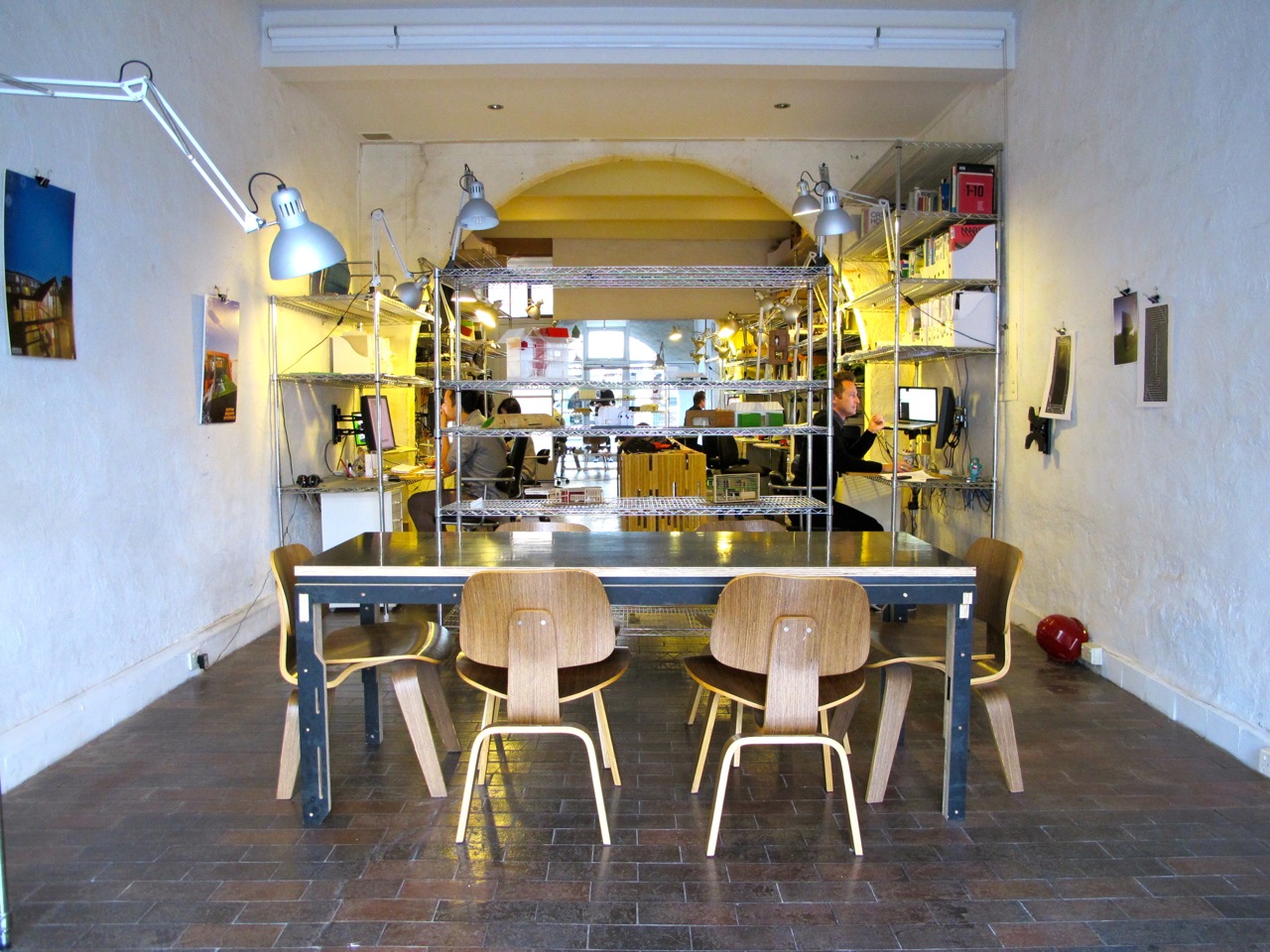 Deferred Happiness Syndrome and a shift to an Epicurian mode of thinking.

During my time at a commercial architecture office I anecdotally noticed specific behavioural shifts among new young employees.

Hamilton argues that the motivations for deferring happiness are various.

Within architecture, we should be attempting to erode the competitive aspirational illusion of grinding our way through the ranks or aspiring to all working for ourselves.

Instead we collectively need to start concentrating on securing fair and reasonable working conditions that support a healthy, rewarding and creative lifestyle. One can and should argue that selling one’s daylight hours to an employer must be fully rewarded and no part should be offered for free.

Currently architectural employees appear to have two options of attaining a good work/life balance:
(1) work for oneself and take the very real risk that one may go broke at anytime
(2) leave the profession.

These issues obviously threaten the long-term relevance of the profession. Unsustainable work practices and poor working conditions are a significant part of the overall viability of the profession into the future.

Quite simply, if you are paid to work until 5.30pm then stop work at 5.30pm. You may be able to work for much longer, you may be keen to work longer, you may dream of becoming an associate or one day a director, but along the way you are contributing to an exploitative and exclusive work environment.

Footnotes
Previous postWho wants to be a Woman Architect? Next postDesigning Parlour 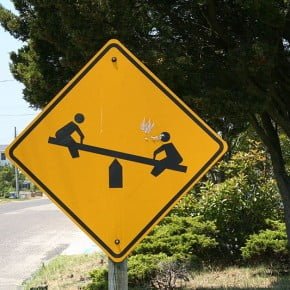 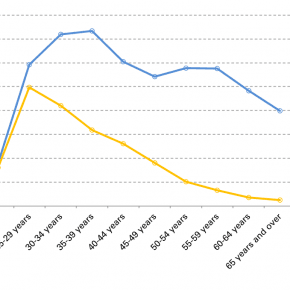 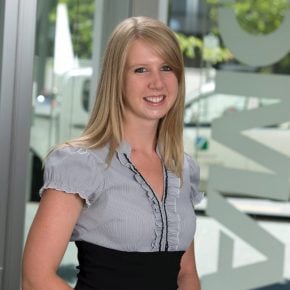