Staying at home and trying to work in a crisis is a very different matter to working from home in usual times. Naomi Stead describes leading Monash Architecture from eight workspots, shared with her partner and distributed across their small apartment. 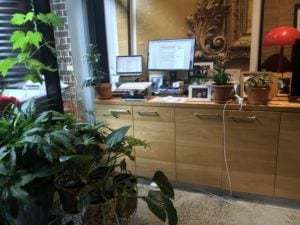 This is one of about eight (I only just counted them!) workspots that my partner Belinda and I have set up around the house. Some of them we used previously when we worked from home (the couch, kitchen table, bed, the tiny outdoor area) but others are new discoveries (the staircase, the front entryway onto the street) and others have been made specially – like this standing desk and another (equally makeshift and jammed-in) standing desk on a dresser in the bedroom. We cycle through these spaces according to various factors – weather and sun movement, need for quiet meeting space, need to be next to a power source, tired feet! This is the nicest of them I think – good light, good outlook, makes an ok zoom backdrop 😉

My son (he’s eight) mostly stays in his room. He’s struggling a bit with the new arrangements, and keeps saying dejectedly that “I just want it to be normal”. It’s been quite difficult trying to support him, and carry on some semblance of schooling, while Belinda and I both maintain pretty demanding full-time jobs – with workloads that have increased. So, at times it’s been extremely stressful, at times we’ve been close to despair. I’m sure many others have had this experience too. Fortunately for us, we’re both well supported by our colleagues and employers, and our friends and family, and we’re lucky to have jobs and health and somewhere to live – but this ain’t been no holiday.

We both used to work from home one day a week, but honestly I think this really doesn’t compare with that – I used to love working from home but I don’t love this. It doesn’t seem to deserve the same name. My colleague Michaela Prescott sent around a helpful guide that pointed out this isn’t working from home. It’s staying home, in a crisis, trying to work – very different things!

In the good old work-from-home days I used to set myself up in local cafes – moving between them whenever I wanted to clear my head and get some perspective. That’s been one of the hardest things for me in this new situation. I feel incredibly scattered and distracted – stuck in the trees and unable to see the woods. It makes it very difficult to do substantial intellectual work, and to see the big picture that’s needed now, in a leadership role. And it’s so weird doing leadership entirely by remote control: at times (especially early in the pandemic) I’ve felt like I had to project myself through the screen and, through sheer force of character, hold together a Department of (roughly) 900 students and 40 ongoing staff, plus our multitude of sessional staff. Of course, that’s not possible – and it’s a mistake to think I have to do it all by myself – but the challenges of leadership right now are quite particular. They’re fascinating, and revealing, but also very very draining.

Fortunately, my staff have been absolutely amazing in this crisis, both the permanent and sessional people. My respect and admiration for them just keeps increasing – they’ve completely risen to the occasion. They’ve been compassionate, and totally committed to the students’ learning, and they’ve all worked like Trojans. I told them in a meeting the other day that I was proud of them – I feel embarrassed even writing that because it sounds super cheesy! But it’s also true. I never thought I’d say something so corny in a work context, but here we are – strange days indeed.

And I must say our students have been magnificent as well – so mature and constructive. They’ve been absolutely rock solid. It’s been such a weird time, but they’ve stayed patient and good-natured throughout. Staff and students have really all worked together in a collaborative way that I wouldn’t have believed possible, as we completely reinvented our delivery of education in a very short period. In fact, the student work we’ve seen so far this semester is as good as ever, and a lot of the feedback from students has been positive – they love not having to commute, and the convenience of online delivery, and they’re getting at least as much individual feedback as usual. Even design studio, which we were all scared about, has proven to be surprisingly fine.

The challenge for everyone has been tempering and reducing expectations about how much work will be possible, being flexible and accommodating, and trying to support one another’s wellbeing and mental health, and trying to find ways for students to see one another’s work and engage socially. A lot of people are feeling very isolated, and also just pretty blah – lacking motivation and inspiration. Of course, there are some really major problems and issues we’re still working to address – it’s not all sunshine and roses, and some people are really struggling, both staff and students. But educationally speaking there are definitely good things to come out of this situation. The next thing will be working out how to hold onto them, when we get to the new normal, whenever that turns out to be.

Naomi Stead is Professor of Architecture and Head of the Department of Architecture at Monash University. She is a co-founder of Parlour and led the ARC Linkage project ‘Equity and Diversity in the Australian Architecture Profession: Women, Work and Leadership,’ which resulted in Parlour. 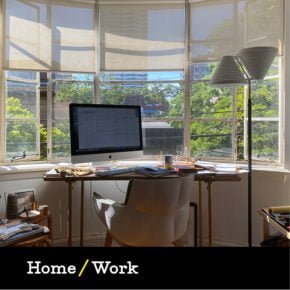 The perks and trials of remote working24 April 2020 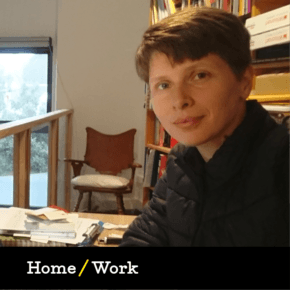 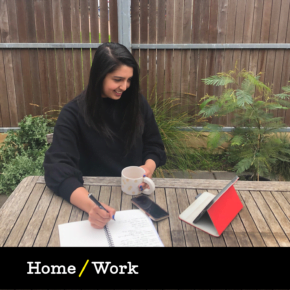 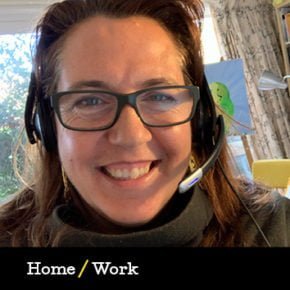