PARLOUR: a space to speak – bringing together research, informed opinion and resources; generating debate and discussion; expanding the spaces for women in Australian architecture.
Research

Parlour’s work is based in the successful research project Equity and Diversity in the Australian Architecture Profession: Women, Work and Leadership (2011–2014). 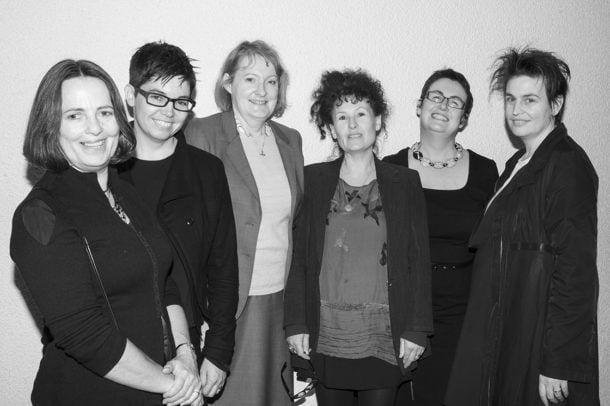 The research project has now finished, but Parlour continues to draw on the project in developing new material.

Equity and Diversity in the Australian Architecture Profession: Women, Work and Leadership

Women have been an active and highly successful part of the architecture profession in Australia for more than a hundred years, but they remain dramatically under-represented at senior management level and in professional leadership roles, and also leave the profession at much higher rates than men. Impediments to women’s career progression continue to be poorly understood by both the profession and its representative bodies.

The research project Equity and Diversity in the Australian Architecture Profession: Women, Work and Leadership sought to address this situation. The project, which ran from 2011 to 2014, interrogated patterns of women’s participation, progression and representation in the architectural profession, paying particular attention to women’s under-representation in senior management.

The project mapped women’s participation in the architectural profession in Australia and sought to understand why women are under-represented at senior management level. It identified actual and perceived barriers to women architects’ promotion and progression, along with examples of good employment practice in architecture. It investigated the role that gender plays in structuring professional identity and aspirations in architecture and how gendered behaviour patterns are reproduced and reconfigured within specific workplaces. It also examined the impact of women’s participation on practice and innovation in architecture, to better understand the social, economic, and architectural advantages of a gender-diverse workforce.

Led by Dr Naomi Stead, the research was funded through an Australian Research Council Linkage Grant. The project was highly collaborative, involving eight scholars from three universities along with five linkage partners. Gill Matthewson is completing her PhD, Dimensions of Gender: Women’s Careers in the Australian Architecture Profession, as part of the project.

Outcomes include a range of publications, including the AA Dossier on Gender Equity; the Equity and Diversity Policy for the Australian Institute of Architects; surveys and communication and engagement with the architectural community through a variety of means, including this Parlour as an organisation.

Throughout the website, the research project is referred to as the ‘Women, Work and Leadership’ project as a short form.