Naomi Stead argues that a national, representative body uniting women in Australian architecture is crucial for the advancement and conditions of all. 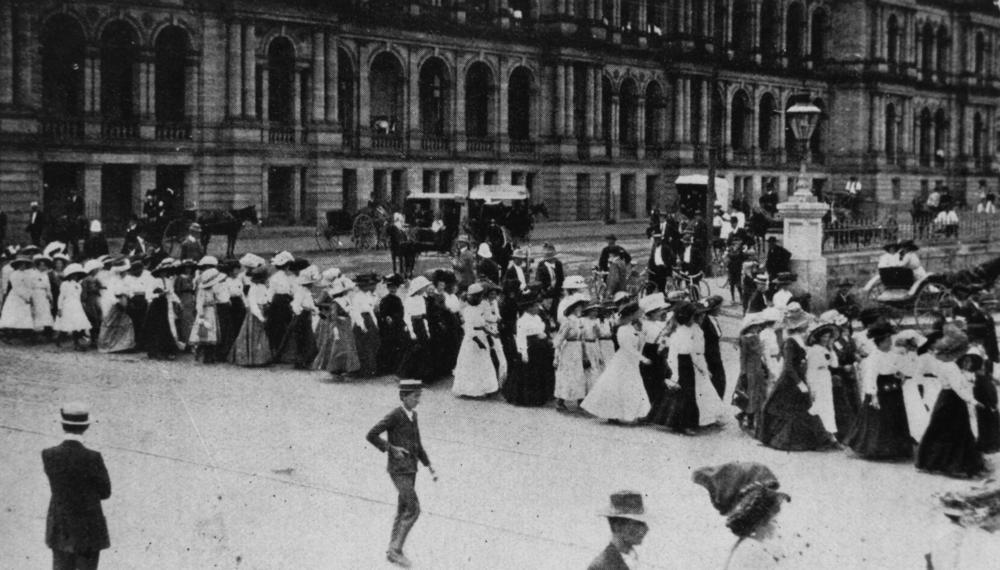 Women marching in a strike procession in Brisbane in 1912. State Library of Queensland.

Forgive the sloganeering in my title. But I invoke unions and protest marches and the civil rights movement quite deliberately here. It is a fact that women who work in the field of architecture in Australia have never been united by a single, national representative organisation. While there have been many state-based initiatives, groups and activists, there has never been an organisation that is nationwide, specific to the profession, and focused on the rights and needs of women architects. Is this a problem? Many would say that it is not – that either the issues purportedly facing women architects actually don’t exist, or that they are of women’s own choice and making, or that these issues are already adequately addressed by existing membership and professional bodies. But the statistics do not lie: there has been and there continues to be considerable gender inequity in the Australian profession. This has been explicitly recognised in research and reports since at least 1986, yet there have been very few high-level, concerted attempts to redress it. In view of this, I would argue that a national body advocating the rights of women in architecture is as important as it is overdue.

The Australian Institute of Architects has of course played an important advocacy and representative role for all architects, but by definition it is a membership body, and many of the women who balance on the edges of the profession are not members. The unions (the Association of Consulting Architects and the Union Internationale des Architectes (UIA)), make no reference to representing the specific needs of female architects, nor redressing the gender inequities endemic in the profession. APESMA, the union to which employed Australian architects belong (if they belong to one at all) provides one page of links to information and guidance on the rights of professional women on its website – but that is all.

There have also been diverse state-based organisations for women in architecture, stretching back over many years and in many different modes. Although important, these have often been discontinuous, and plagued by the fate of many passion-based projects – to peter out when their originator becomes exhausted or moves on to something else.

In contrast, the interests of women in other male-dominated fields and professions such as law, engineering and medicine are protected by national, professional organisations such as Australian Women Lawyers, Women in Engineering and the Australian Federation of Medical Women, for example. These groups have been effective in lobbying, initiating change and developing policy and programs.

Other national groups do have connections to architecture – the National Association for Women in Construction (NAWIC) being the most relevant.

NAWIC is a dynamic organisation that, since the founding of the Australian branch in 1995, has provided a valuable umbrella organisation for women across the various construction industry professions, providing networking and mentoring opportunities at both state and national levels. NAWIC continues to be an important representative body for women across the sector, and there is strength in the diversity of its membership – from women project managers to environmental lawyers to engineers, and beyond. This solidarity across the sector is powerful, but there are also specific and indeed quite profound cultural factors in architecture that differ from its sister disciplines, and these complexities call for the specific approaches and targeted actions of a dedicated organisation for women in architecture in Australia. 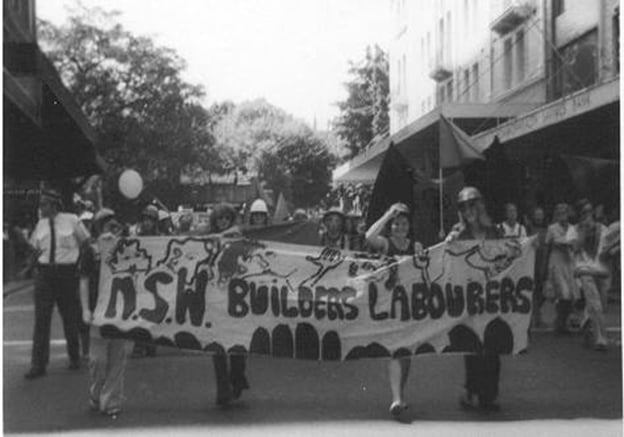 I hardly dare to mention the sisterhood. How sad that the concept seems so divisive now, let alone so uncool, that it can barely even be invoked. But if the sisterhood is too dowdy a garment for many of today’s women to choose, perhaps the concept of solidarity, of the collective standing together, is still acceptable. In the history of trade unions and workers rights, it only required one worker to be treated unjustly for the whole workforce to strike in support. This included gender-based prejudice – remember that the NSW Builder’s Labourers’ Federation slapped a Green Ban on the University of Sydney in 1973 for its refusal to approve a new women’s studies subject!1 That was a very different era, and the leadership of the BLF at that time was exceptional, but consider the power of the gesture, in both symbolic and practical terms. The whole of the BLF standing together with the two university tutors, Jean Curthoys and Liz Jacka, against the ‘sexism’ of the institution. Naturally they were successful in their campaign, since the University urgently needed certain building projects to proceed, and thus one of the first Womens Studies courses in the country was run there in 1974.

Now consider how different things have been for women architects. When in the past women architects have encountered gender-based prejudice, the response from their colleagues has not, to put it mildly, been a stop-work or a general strike. This is complicated by the fact that it was likely also an architect doing the discriminating, but the fact remains – the traditional definition of a ‘professional’ implies autonomy, ethical behaviour, and the assurance of a genteel, or perhaps gentlemanly, profession whose conduct should render a union redundant. But this is not the case, and the sooner we recognise it the better. 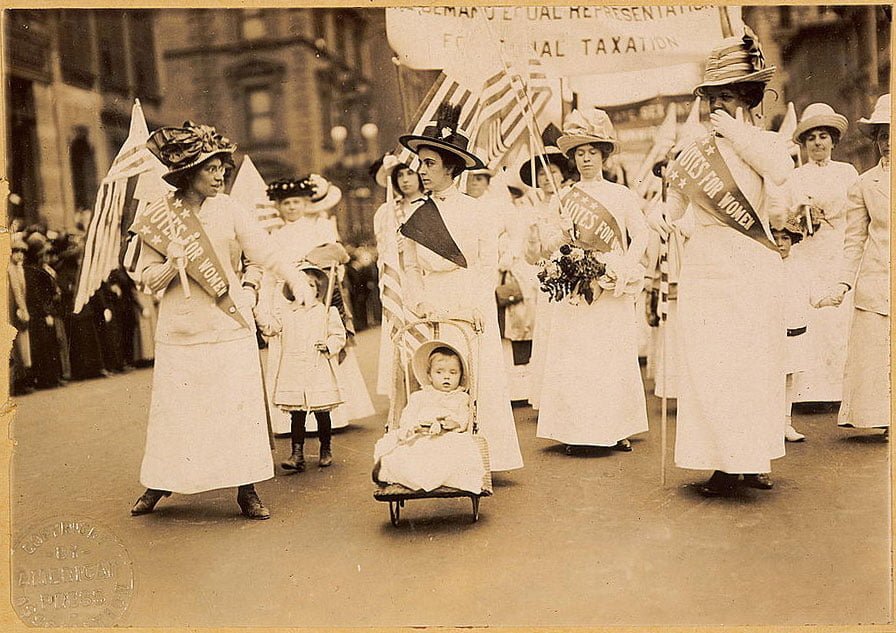 The first Australian union of women workers, The Tailoresses Union, was constituted in 1882 in Melbourne. This was followed after the turn of the century by others such as The Shirt and Collarmakers Union; the Confectioners Union; the Domestic Workers Union; the Laundresses Union; Matchworkers Union; and The Female Hotel, Club, Restaurants and Caterers Employees Union.2 It is easy to read these quaint, anachronistic titles and congratulate ourselves on how far we’ve come. But at least they had solidarity, and a specific, organised body to stand up for their rights. Women in architecture have no such thing.

Many women in architecture feel that they have never felt any gender-based bias at all – either that it has had no effect, or even that it has been an advantage to be a woman in a male-dominated field. These women are the ones most likely to refuse the label of ‘woman architect’, to resent and reject affirmative action initiatives which they see as painting them as victims. I can respect these beliefs – few people want to be marginalised into what they see as a special interest group. But surely those women who have never experienced overt or explicit discrimination can accept that there are others who have; and surely they can see that they, the unaffected ones, might be in a stronger position than some of their fellow women, a better position from which to stand up for the rights of others less fortunate.

There is another, structural issue which stands in the way of such a collective, but paradoxically also proves its worth. The pattern of women stepping sideways from ‘mainstream’ practice, into some other mode which is more flexible and allows a better balance of work and personal life, has the ironic and unfortunate effect of leaving such women even more isolated. Call it what you like – working part time, or a ‘portfolio career’, or juggling various types of architectural work: some projects, some teaching, some writing, some consultancy – but whatever its title, and however remarkably skilled and intrepid some women are in balancing such alternative work patterns, the fact is that it tends to isolate rather than collectivise its workers. Such a morselisation of the women in the field works against the strength and solidarity of the collective, undermines our ability to collectively assert our rights and wishes, and demonstrates the necessity of a representative body that would do so.

This national body should strive to include as broad a cross-section of women involved in architectural culture as possible. I say ‘involved in architectural culture’ because it should encompass students, graduates, academics, journalists, women who work in architecture offices even though they are not registered, women who have left the profession, women architects who are taking a career hiatus, women who trained as architects but never practised – as well as female registered architects. Legislative restrictions on who may and may not call themselves an ‘architect’ need not, indeed explicitly should not, restrict the membership of such an organisation. Such restrictions have long been a barrier to true acknowledgment and celebration of the many women who work in unconventional patterns in the profession. The idea that only ‘architects’ have rights or recognition in the industry could well have been a source of inequity in itself – it has certainly given rise to a cohort of largely invisible and certainly under-researched women who are not registered, nor members of the Institute, but work in architectural practices in ways and at tasks which are virtually indistinguishable from those of a registered architect. Where is the body that embraces and celebrates the contribution of such professionals, without seeing them as inferior relative to their ‘real’ registered colleagues? That body does not yet exist, but I would argue that it is sorely needed.

The power of geographic coverage should not be underestimated. From Perth to Cairns, from Hobart to Darwin, and everywhere in between – the terrestrial scale of such an enterprise should reflect the scope of its ambitions. Gender sees no state borders, and neither does gender inequity. Such an organisation should settle for nothing less than encyclopaedic coverage, and nothing less than absolute equality. The weight of numbers of a national organisation is important – a small crowd can make a big noise, but a bigger crowd can be deafening. Workers, united, will never be defeated.