Professor Peta Tancred died on 15 August 2017 after an engaged and active life in academia and in retirement, including a significant contribution to understanding the careers of women in architecture. Professor Annmarie Adams remembers her former colleague, co-author and friend. 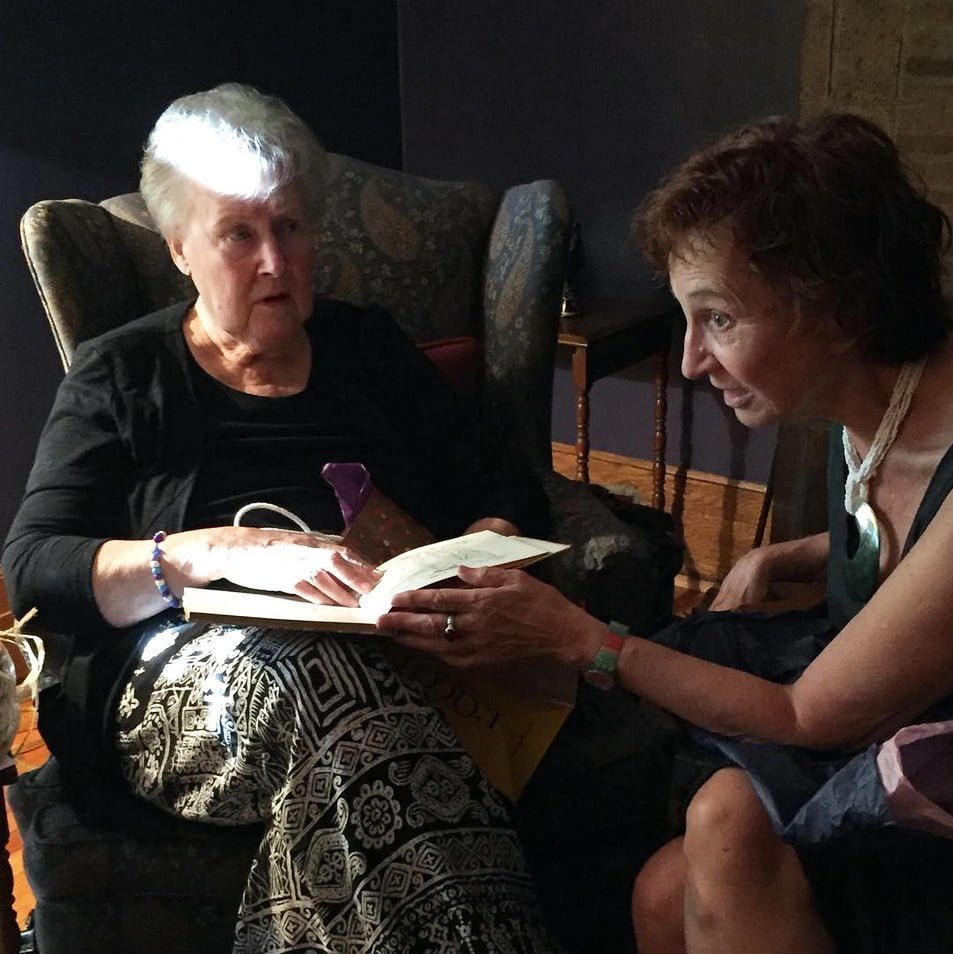 Peta and I co-wrote Designing Women: Gender and the Architectural Profession in the 1990s, a national study of women architects in Canada. It was published in 2000 in English and two years later, as L’architecture au feminin, in French. Peta was an expert in the sociology of organisations, women and work, and state bureaucracies. She taught me much about ways to reframe the study of women architects.

Co-writing a book is a unique experience. I have co-authored dozens of academic papers and newspaper articles with colleagues, but only one book. In what I remember as a sort of trial-by-fire, Peta and I found a way to write together. We each took the lead on particular chapters, and then passed the rough text to the other, who massaged it and enhanced it, often to the delight of its first author. I loved the constant feedback loop of co-writing with Peta. We taught each other our disciplines through battles over vocabulary and the use of evidence. And as Peta broadcast with great pride for years after the book came out – as if such a thing was nearly impossible – ‘we wrote a book together and we remained friends!’ 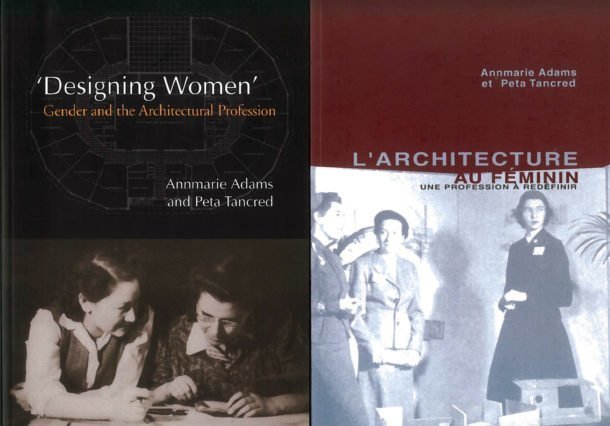 Part of my pleasure in working with Peta was that we came from different worlds, separated by disciplinary training, age and experience. Peta was a sociologist and I’m an architectural historian. She was educated in England, while I did graduate school in the United States. I had never even taken a course in sociology when we decided to produce an interdisciplinary book together. Peta was also a generation older than me. She got her first university degree before I was born and her PhD, from the London School of Economics, as I negotiated third grade in another London (Ontario). When we met in the early 1990s we were both newcomers to McGill University in Montreal. I was a 30-year old Assistant Professor, the first woman hired in the venerable School of Architecture, a unit in a very male-dominated Faculty of Engineering, where feminism was not a popular subject. By contrast, Peta was an experienced administrator and Full Professor, with what seemed like a full orchestra of feminist friends and colleagues supporting her. By 1993 she had already written seven books. She had just moved from McMaster University in Hamilton, Ontario, to take the helm at McGill’s two-year-old McGill Centre for Research and Teaching on Women, or MCRTW as it came to be called. Before McMaster, Peta had worked at the Université de Montréal, followed by short stints at Imperial College and the Civil Service College, both in London. When she asked me to join her grant proposal on women architects, I thanked my lucky stars.

Peta had grand plans for MCRTW, which occupied a gorgeous Victorian row house on Peel Street, the western edge of McGill’s campus. The MCRTW had been founded in 1988 and had a ‘rocky start’,  until Peta was hired from outside.1 She worked hard to establish links with the community, but mostly she focused on international outreach. MCRTW was an incredible place of support for a cohort of women professors hired in the 1990s. It was in MCRTW seminars and on committees that I got to know the generation of feminists who shaped Women’s Studies at McGill. Lynn Butler-Kisber, Kyra Emo, Margaret Gillett, Patricia Kirkpatrick, Audrey Kobayashi, Andrée Lévesque, Abby Lippman, Claudia Mitchell, Shree Mulay, Prue Rains, Jacqui Reid-Walsh, Sarah Westphal, Sue Whitesides and others were all outspoken, smart academic women who never gave up their dream of a dedicated centre for the study of women. The MCRTW was also the place where I met young feminist faculty members just starting out on exciting careers, many of whom became close friends and future co-authors. Needless to say, Peta’s vision of the Centre at the hub of a campus-wide feminist network really worked.

What did Peta contribute to the study of women and design? Because of her deep knowledge of other professions and organisations, she brought a fresh perspective to architecture. While previous books emphasised the barriers to women architects, she took a different tack, insisting that we critique the very definition of ‘the architect’ to understand the ways women trained as architects who never registered still contributed to the profession. This meant trying to interview nearly every woman who obtained an architecture degree, at least before 1970. Additionally, Peta was unusually interested in how women exited professions – sociologists call it ‘de-registration’ – and that became a strong focus in our study. I must say, I still think the best part of our book is Peta’s Chapter 6, on women architects in Quebec. It was here she argued that Quebec saw a ‘late start followed by take-off’, illustrating the point that Quebec women architects follow a trajectory closer to Quebec engineers, lawyers, dentists and physicians, rather than women architects from other provinces.2 No architectural historian was equipped to make such an assertion.

After the book came out, Peta and I saw each other less frequently. She retired from McGill in 1999. She and her partner Guy Paquette bought a house in Langeudoc, in the south of France, and they enjoyed a two-continent lifestyle. Even in retirement she couldn’t resist writing one more book on women’s experiences. This time it was on women in Languedoc, which she hoped to publish in French and English. It appeared as La voix des femmes en Languedoc in 2011. As Guy became more and more constrained by Alzheimer’s disease, subsequently dying in 2010, Peta’s time in France was cut short and then ended. 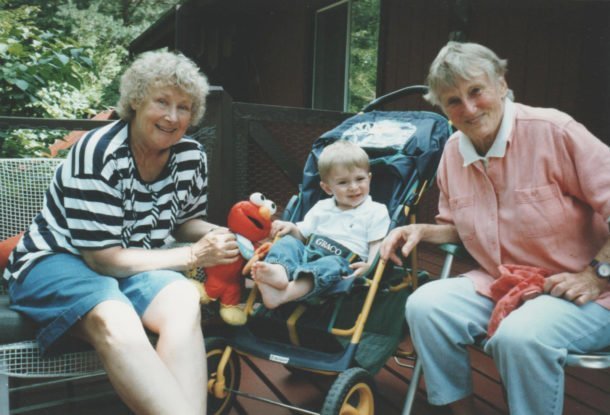 I’ve only realised how little I know of her early life since hearing about Peta’s death. Her faintly British accent makes more sense given she was born in London, England, and then lived in India until age nine. She lived in Rio de Janeiro from age 13 to 15, and then moved to Ottawa. No wonder she was so cosmopolitan! Also, although Peta had no children, she took a deep interest in my two children, both of whom were born during the years leading up to the publication of the book. For example, for at least 15 years, she would contact me at the end of July so we could jointly celebrate my son Charlie’s birthday as well as her own. And I was pleased to join a group of her close friends last year to celebrate her 79th birthday. Peta had two ex-husbands, and it is interesting to see that their names appear joined with hyphens to hers on various publications. Her 1988 book Feminist Research: Prospect and Retrospect, for example, was published under Peta Tancred-Sheriff.

Peta’s contribution to the study of women architects, and to the study of woman at work in general, is impressive and important. Her mentorship of a generation of feminist scholars at McGill is impossible to measure, although it is visible in the continuing excellent work of the Institute for Gender, Sexuality and Feminist Studies (IGSF), which MCRTW became in 2009. And her name lives on in the Peta Tancred Award, which goes to the student with the highest grade point average in Women’s Studies. A feminist scholar and esteemed sociologist intent on studying the workplace, Peta has left a profound legacy that enriches all our work.

Dr Annmarie Adams holds the Stevenson Chair in the Philosophy and History of Science, including Medicine, at McGill University, Montreal, Canada. Jointly appointed in the School of Architecture and Department of Social Studies of Medicine (SSoM), where she also serves as department chair, she is the author of Architecture in the Family Way: Doctors, Houses, and Women, 1870–1900 (McGill-Queens University Press, 1996) and Medicine by Design: The Architect and the Modern Hospital, 1893–1943 (University of Minnesota Press, 2008), and co-author with sociologist Peta Tancred of Designing Women: Gender and the Architectural Profession (University of Toronto Press, 2000).

Footnotes
Previous postDoes your practice walk the talk? Next postFlexibility a winning formula 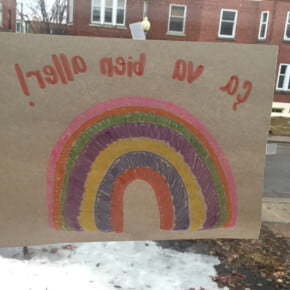 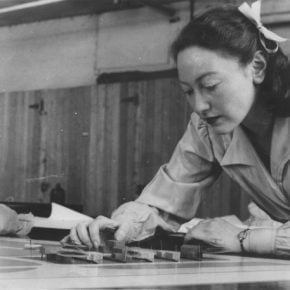 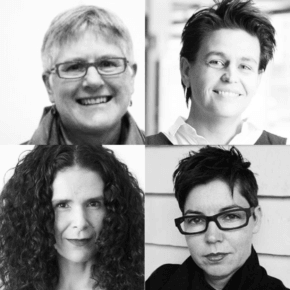 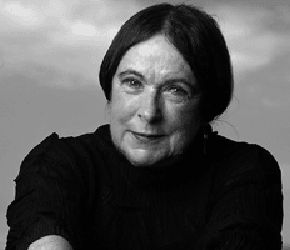