Power in the Poster

Catherine Griffiths, designer of Parlour’s visual id, is challenging the Designers Institute of New Zealand’s gender-skewed awards program through remarkable activist posters, which are creating ructions across the Tasman.

Each year the Designers Institute of New Zealand awards two Black Pins, its supreme award. Over the past two decades, 43 Black Pins have been awarded, of which 40 have gone to men and 3 to women. For this year’s Best Design Awards (to be announced in September), of the 9 convenors of juries for judging the nine main categories and various sub-categories, 8 are men and 1 is a woman. Of the jurors and convenors combined, 46 are men and 15 are women. The jury for the Value of Design Award is made up of men only, no women.

How has this happened? Where are the women?

I posted these three posters and story on Instagram, Facebook and Twitter on Saturday, 21 July 2018. In the first instance, they were a response to the announcement of the male-laden jury for the Designers Institute of New Zealand’s Best Design Awards 2018, the institute’s premier event celebrating the year’s best design work.

Then I worked out that the institute’s prestigious annual award, the Black Pin – two are awarded each year – in the past 20 years has an even heavier male bias, 40 men and 3 women. While the CEO is a woman, the Board is male-stacked too, 10 men and 3 women. Later, a friend pointed out that the membership of the institute, which sits at just over 1000, is fairly even men and women. Another noted, of the 52 Fellows, 9 are women. Fellows? Such a word.

The information for the posters and story was gathered from the Best Design Awards website, the design using the site’s spot colour purple and their brand’s typeface, Untitled Sans – more power to the message.

The response to the posts across social media was quick, strong and unanimously supportive. Many of the members of the Designers Institute have been aware of the significant gender imbalance and cultural conformity, and some have endeavoured to address this, but without success. The Best Design Awards, for better or worse, as an archive of design, has been writing women out of Aotearoa New Zealand’s design history.

The objective of the posters is to encourage meaningful change, not only to gender imbalance throughout the institute’s processes, but to have those processes embrace cultural diversity too. And to be excited about the future it will offer. The proposition here, for the Designers Institute of Aotearoa New Zealand, is to lead the industry it represents into a better world.

How might this happen? I’m not a professional in the gender balance or cultural diversity repair kit. I believe the Designers Institute must seek an independent, professional audit to discover where processes have gone dreadfully astray compromising the credibility and personality of the institute, and then to provide clear, functional solutions.

There are indications that the Designers Institute, since the posters appeared, is awakening to the kaupapa. Good speed.

To kick-start a conversation available to everyone, several of us with the appetite have set up a blog, Designers Speak (Up) as an open and democratic platform for all designers in Aotearoa New Zealand. With the many passionate design voices out there, from students, teachers, emerging designers to late-career, Designers Speak (Up) aims to be a place to be heard fair and square, publicly or anonymously, and to keep the design community abreast of historic and real-time issues and concerns. 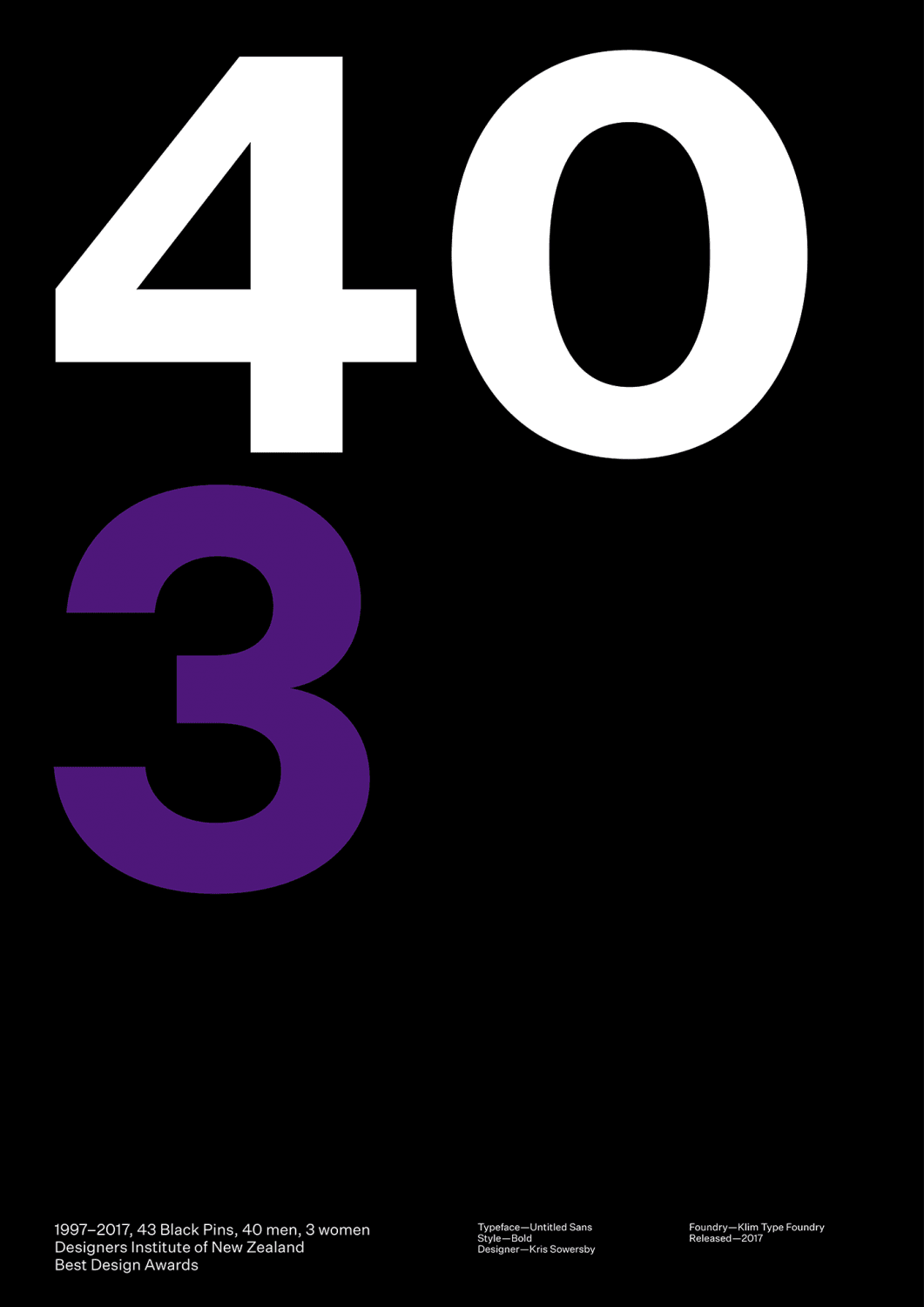 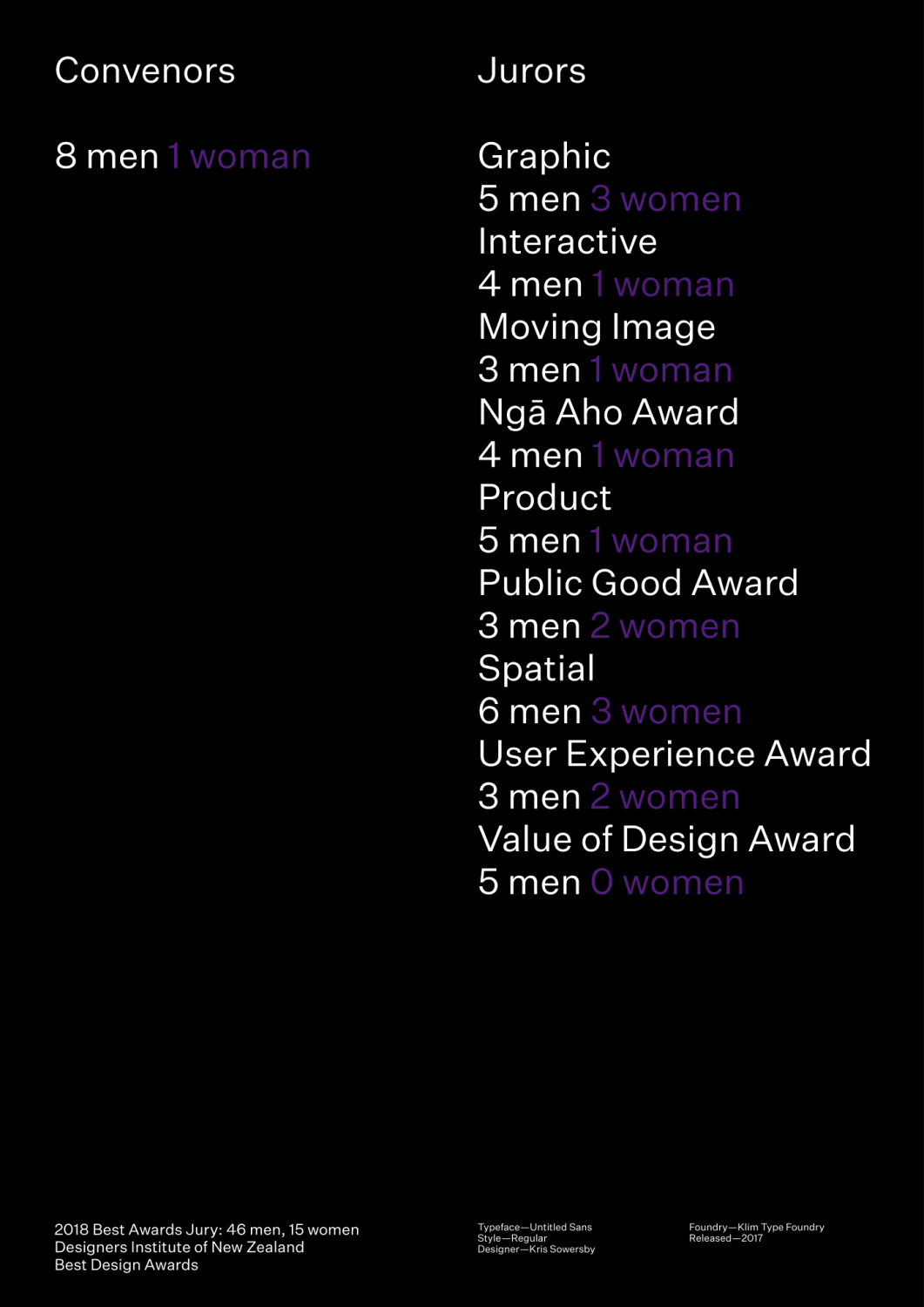 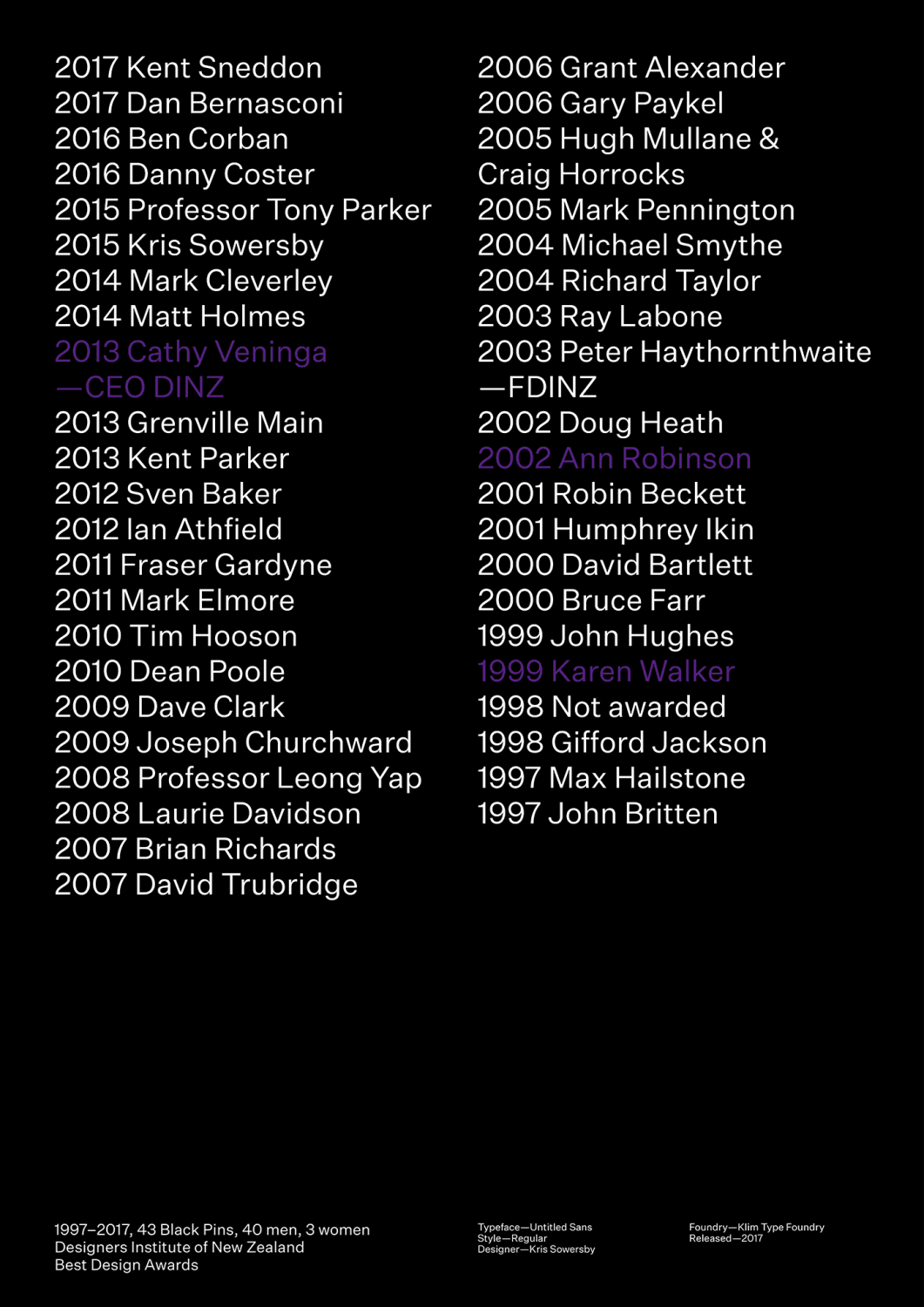 Catherine Griffiths is a designer and typographer based in Auckland, New Zealand. This article is republished with permission from Designers Speak Up.

Previous postExpanding the boundaries of creative practice Next postIn conversation with ... Yasmeen Lari