Architecture & the rhetoric of choice

What is “choice” in the context of an architectural career? Gill Matthewson reflects on the rhetoric and the realities – economic and otherwise. 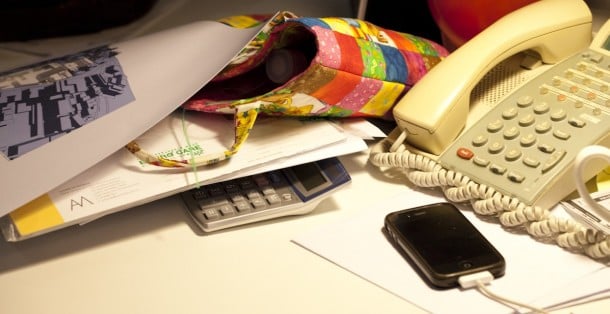 I was told recently that we all have free choice – the only constraints are the ones we place on ourselves. Well, yes to a certain extent but it doesn’t give the whole picture. To say our internal constraints are the only constraints is to say: if you change yourself then you can achieve anything. But this absolves organisations, practices and the architecture profession from any responsibility or need to change. All choices happen in a context. So if you are lucky enough to grow up near the mountains your leisure activities are likely to involve mountains, you would perhaps become a skier. If you grow up near a surf beach, you would become a surfer. Is this your choice or are you making best use of the environment in which you find yourself? The environment or context matters, it sets constraints as well as opportunities, makes some things easier and some harder.

There is plenty of research that shows that many women won’t take on a new role unless they are 120% certain they can do it. Men don’t seem to need that level of certainty. Or perhaps you could say women underestimate their ability and men overestimate theirs. But is this a ‘natural’ or a learnt behaviour? Other research shows the consequences of failure are more significant for women than men. Whereas a man’s failure might be seen as a valuable learning experience, for a woman it can be seen as an indication of not ever being capable. Even worse, one women’s failure is also sometimes used as ‘evidence’ that all women are not capable.

It has been said that women have more choice in their careers than men: they can choose to leave paid work, work part-time, or move into other perhaps more creative areas in the expanded field of architecture. Men mostly can’t – they have fewer choices. But this range of choices for women is possible only if they are secondary earners in a family; primary earners have no such choice. Typically at the moment primary earners are men, although not always. Our culture subtly frowns on men who are not primary earners and women who are. It seems to undermine a fundamental level of masculinity, of being ‘the provider’; and of femininity, of being ‘the devoted mother’. And anyone doing domestic management work is less valued; we place much higher value or status on paid work than we do on the care work of families (despite traditionalist rhetoric that ‘it is the most important job in the world’).

We are dealing with unconscious biases here whereby the same behaviour is often perceived quite differently within our social culture depending on whether it is performed by a man or a woman. And whereby social expectations mean that many people underestimate what a woman can do and overestimate men, sometimes not by much but enough that it accumulates into important advantages for men. These sorts of perceptual bias cause real problems for women’s careers and help to perpetuate and reproduce the gender differences we see in career achievement. They set the context or environment everyone must navigate. But we do have some ability to exercise choice in our navigation. Consequently coaching and mentoring are very powerful helping individual women navigate tricky environments and opportunities. These strategies are also effective in enabling women to overcome internalised constraints that have been set by the wider social culture within which they have grown. But they don’t necessarily change that culture, nor the work culture. Or rather they do, but very slowly.

Faster ways of effecting change in a work culture might include workshopping and coaching both men and women in team skills, vital for the production of architecture. Such training means that competitive people can begin to understand how their competitiveness affects, maybe even disrupts, a team; more retiring people can understand how not being assertive also has implications – not just for themselves personally, but for the making of quality architecture.

What happens when surfers start hanging out in the mountains? You get snowboarding (I’m playing a bit fast and loose with the history of snowboarding here but bear with me). How did the skiers react to the snowboarders? Not very well at all. But slowly they became more accepted and now there is more than one way to descend a snow-covered mountain. Surfers do not have to become skiers, and vice versa, but they can learn from each other and borrow techniques and equipment. Bring people in with different backgrounds and other options come to light and the context shifts and changes.