We are delighted to announce that Justine Clark and Gill Matthewson have been awarded the inaugural Munro Diversity Award for their work on Parlour. 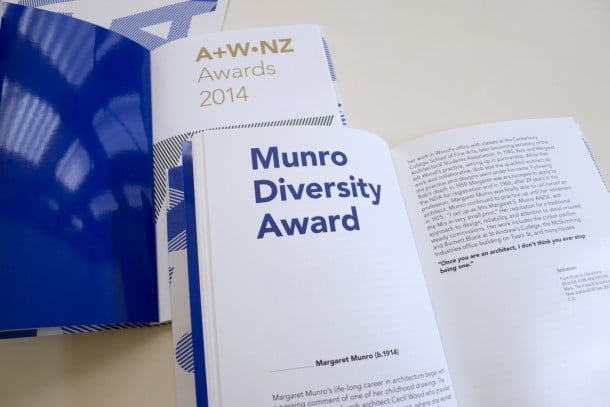 The Award is part of the  A+W • NZ Awards, made by Architecture + Women • New Zealand. Named after Margaret Munro, the  Munro Diversity Award celebrates “careers or practices that continually support and promote diversity in architecture”. Justine and Gill received the award as the New Zealanders active in developing Parlour. 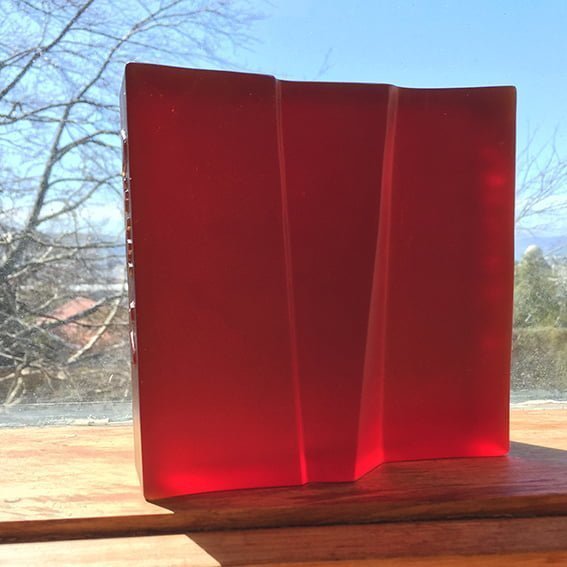 It is a particular honour for Parlour to be recognised by our sister organisation in New Zealand (we were nominated for the award by Elisapeta Heta). We are also thrilled that Catherine Griffiths, who is responsible for Parlour’s visual identity, also designed the very handsome A+W • NZ Awards booklet. We would also like to acknowledge Catherine and Peter Johns of Butterpaper as two other New Zealanders who played a big role in making Parlour – Catherine in designing all our graphic material, and Peter in building the site, and helping us conceptualise it in the process. 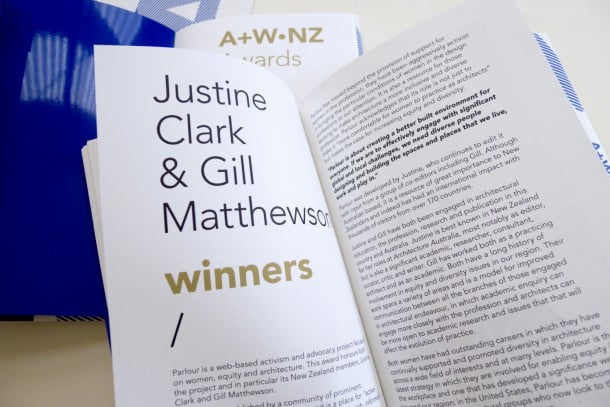 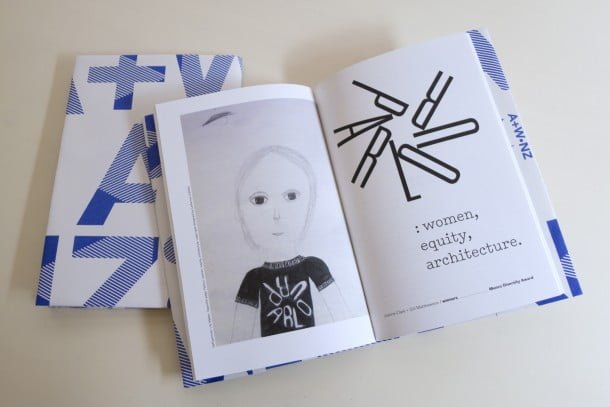 The Award program also recognised Cecile Bonnefait, who received the Wirihana Emerging Leadership Award, and Julie Stout recipient of the Chrystall Excellence Award. We are delighted to be in such excellent company. The shortlist for the awards is also very impressive and we would like to acknowledge all involved. 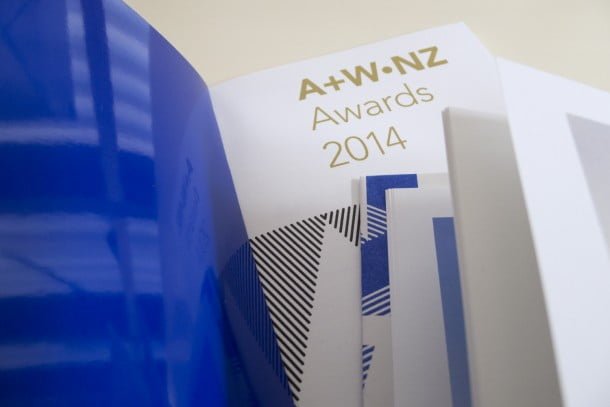 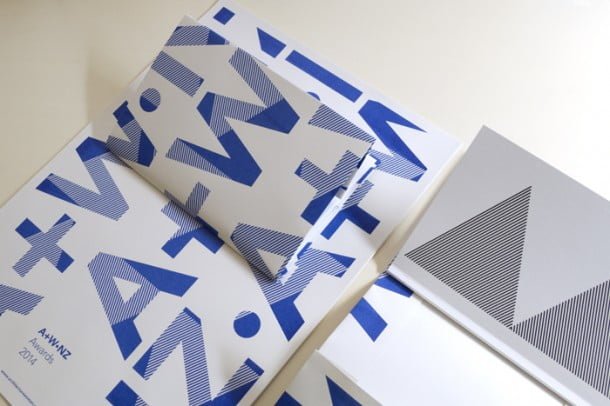 Of course Parlour also involves Australians – in particular Dr Naomi Stead, who initiated and led the research program behind the website, and fellow researcher Dr Karen Burns, who among many other things came up with the name: Parlour. Other team researchers and research assistants have also played important roles over the life of Parlour and the wider research project. We hope they will also take pleasure from this award too.

Previous postWomen in the dirt Next postThe advantages of being a woman architect?