Rob Henry, Immediate Past President of the ACT Chapter of the Institute, takes a candid look at the challenges of managing his mental health and the benefits of flexibility in the workplace. 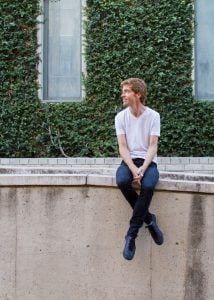 Mental health is one of those things that men seem to struggle with, and simply not talk about. Having grown up in a rural area, I’ve seen the devastating effects that poorly managed mental health can have on an individual, a family, and indeed a community.

As a young kid with a very narrow understanding of diversity, I thought that I was completely odd. Why am I the only person with red hair? Why am I the only boy who can’t kick a footy? Why don’t the other kids like painting and drawing? That sort of questioning can lead to far greater problems in life, if not managed.

Moving to Canberra (the big smoke) and beginning my architecture studies introduced me to the true meaning of diversity, and those assumptions about my oddness seemed to dissolve. I was, in fact, reasonably ‘normal’; sexual orientation aside.

However, university hit my mental health in other ways I was completely not expecting. While my personal identity became clearer, my ability to cope with city living, interact with people, and reconcile no longer being the highest achiever in my class took its toll. Partway through second year, I had a breakdown, lost 10 kg and was a frail excuse of a human being.

The benefit of being at a university is that there are plenty of places you can find help. Support is there through free health professionals, student services, student mentors, or a relatively free calendar that allows you to take off down to the lake and smell the sweetness of nature when things are getting on top of you.

At the end of the first degree, I was about to throw in the towel. My lecturer (she knows who she is!) overheard a conversation with friends that I was planning not to return. My lecturer knew me well enough to think that this was a ludicrous idea and was quick to react. Within days I was at my first ever architecture job interview. I remember vividly being physically sick before and after the meeting with Philip Leeson, yet I must have held myself together during the interview.

Transitioning from the ‘freedom’ university brings to the ‘rigidity’ of the workplace was another huge challenge. I was used to hard work but had never been stationary in front of a computer for eight hours. The office was small, full of people at least twice my age, and the choice of music was classical. From this, I assumed they were conservative folk and would kick me out of the office if they found out I was gay; much like my family (at the time). So, my personality split into two: work persona and home persona.

Mental health is much harder to deal with in the workspace. The traditional architectural office has grown a reputation for being rigid and, dare I say it, like a sweatshop for students of architecture. Small to mid-sized offices can’t afford proper HR, so struggle with developing systems to support their staff.

In my case, however, it wasn’t necessarily the employer creating the office dynamic, but the employee. It was me that was putting the pressure on myself and enforcing the long-hours culture. Had I been strong enough to reach out, I would have found open arms.

As time went by, and through management, my mental health improved again. I grew into the office lifestyle and felt ‘at home’. I trusted the people around me, realised that they were far from conservative, and that they cared deeply. But, on occasion, I had lapses and needed time out.

With experience you build up a bag of tricks to get you through the ‘feeling down’ days. Sometimes you just put on the poker face and push through it, but typically I would try and take action. I started changing my office hours, going for long bike rides in the middle of the day, walks around the block, and I even enrolled in an ANU School of Art course for half a day a week. I took a few long holidays overseas and began to see life outside the office a little clearer. I started tutoring at uni and became involved with the Institute and its Emerging Architects and Graduates Network. Short bursts of activity out of the office to clear the mind or ‘spice things up a bit’ were the perfect medication for a challenged mind with quivering motivation. They also helped to increase my awareness and knowledge, which led to increased productivity.

Not once did my employers question my changing patterns in work time or decline a two-month holiday break. I guess honesty, loyalty and a hard work ethic goes a long way. Breaking the cycle of conventional employment was mostly about me knowing my abilities and taking action. Sometimes you just have to ask yourself what you need to keep yourself healthy, work out how best to achieve it, and then pitch it to your employer. Any good employer will support you.

Now running a small office, I do my best to keep things as flexible as possible for my staff. I find myself telling them to get out of the office at times, as I feel that they might be making the same self-destructive mistakes I once did. It’s important to keep an eye out for signs of decline and address them on the spot, but balance this with the understanding that your employees can, and should, decide what work life balance suits them best. 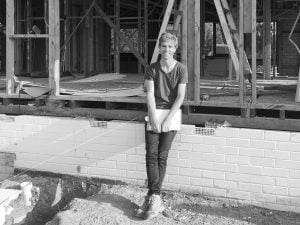 Rob Henry is the Immediate Past President of the ACT Chapter of the Australian Institute of Architects and the founder of Rob Henry Architects. Rob has an ongoing involvement at the University of Canberra as a guest lecturer and tutor in design and sustainability, and was awarded the 2014 ACT Emerging Architect of the year prize.

A version of this article was first published by the ACT Gender Equity Taskforce in their getDEEP (Diverse Equitable Employment and Practice) booklet. getDEEP is intended as an introduction to some of the resources, research and expertise available on issues of equitable practice, including Parlour and the Parlour Guides to Equitable Practice. The booklet is available for download here. An expanded version of the interview has been republished here with permission.

The fourth Parlour Guide to Equitable Practice covers Flexibility, outlining the benefits for employer, employee and the profession as a whole. The guide emphasises the benefits of flexibility to mental health: “Many flexible workplaces (and employees) report vastly decreased stress and increased productivity. There are also important mental health benefits derived from stress reduction, including lowered risk of depression.”