The challenge of changing culture

In the lead-up to the launch of the NSW Male Champions of Change project Monica Edwards from Cox Richardson and Natalie Lane-Rose from Bates Smart spoke with the Arup’s Chief Executive Officer Peter Bailey about his role as a visible advocate for diversity in practice. 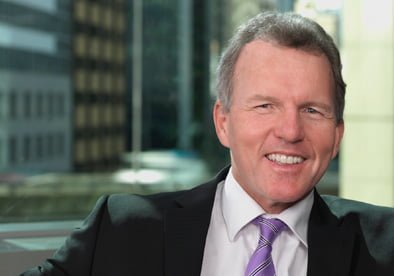 Peter Bailey is the current Chief Executive Officer and Chair of Arup in Australasia. He is also a Director on the international board of Arup Group. In 2012, Bailey was awarded the National Association of Women in Construction’s Crystal Vision Award (NSW) for advancing the interests of women in the construction Industry. He is a member of Consult Australia Champions of Change, a collection of CEOs from the building environment consulting industry who is united to encourage more gender diversity and to drive change.

Monica Edwards/Natalie Lane-Rose: What are the values that underpin the culture of Arup?

Peter Bailey: Ove Arup founded Arup in 1946. He was a strong character that came with Scandinavian values such as a sense of social equity, being honourable, concern for the environment, quality of work and social usefulness. These principles continue to guide us in terms of our approach to business and anything to do with people.

ME/NLR: How do you think this culture is embedded in the practice?

PB: I think there are a number of factors that have worked in our favour. One is the ownership structure of Arup. Originally it started as a normal partnership, but when thinking about succession, Ove Arup developed the generous plan to bequeath the firm to trusts owned on behalf of all employees, future, present and past, to ensure that there was a legacy forever.

Two, we’ve also been careful about how we expand. In his key speech before leaving, Arup spoke of growth, of not over structuring or over strategising the firm, but allowing individuals to flourish and to take the firm where they wanted to go. We have never done any large acquisitions or mergers. So it grows organically and therefore the culture goes with it. And last, by being very deliberate about the exchange of staff around the world, it has the added benefit of connecting the culture.

ME/NLR: Last year Arup celebrated 50 years of design and innovation in Australia. At the time, you described the shifting needs of a diverse society as a challenge for the future. Can you elaborate on this?

PB: It is an ever-changing world and as a business we need to be conscious of what society is dealing with and the challenges it is facing. The diversity of those challenges is increasing. Things like urbanisation, population growth, density, migration, refugees, changing demographics in society, ageing population, the desire of women to be in the workforce and the pressure on family life. We can’t divorce ourselves from these challenges. We have got to be of society.

ME/NLR: How public are you about your aspirations for the world?

PB: This is an issue we’ve struggled with sometimes, how outwardly public and demonstrative should we be about our views? I think engineers should actually take a stand and be visibly participating in the debate in society. We know about energy, climate change, urbanisation, density, infrastructure, transport, connectivity; all of these challenges and yet I don’t think we are that visible as an industry.

ME/NLR: How have you implemented diversity policy in Arup?

PB: I was made the initial Diversity Champion of the Board in 2008. We took a specific approach to the portfolio to look at things like flexible working, maternity leave, giving a voice to young women in the organisation, looking at our gender ratios, looking at our pay equity. We bought in a Diversity Policy that tried to address these things and set about plans of action and policies that would be supportive of a diverse workforce.

ME/NLR: What lead to the board establishing a diversity portfolio?

PB: Given the history of Arup and its value set, we were conscious of equity and equal opportunity, but I think there was a sense that we could do better and that we needed to take deliberate action and make someone on the board accountable for it. Without this approach, it’s just left to the junior activist to make a difference and it never gets traction. It needed a step change.

There was also a business case for it. In answer to a diverse society we have to be a diverse business, otherwise we will come up with very blinkered solutions to problems. So a diverse set of thinking around a board table, a design table, a project table, must produce better outcomes, better solutions for our clients and make us better positioned to solve the problems in our society.

ME/NLR: How important is your leadership in driving diversity?

PB: I chair the Diversity Committee because I believe that it should actually start from the top. In a similar vein, the Champions of Change has recognised this as well. If all of our companies are going to enact change, the leader has to be visibly behind it, has to back it and has to drive it. That sends a message to the firm itself that this is serious.

PB: Over the past 25 years, Arup has changed from a very mono-disciplined male business to a gender-diverse, discipline-diverse, project-problem-solution-client-diverse business. I think our business has flourished as a result of improving diversity. Diversity has changed this business: in the way it operates; the way it interacts with society; the way it interacts with clients; the way it goes about its own business; the way it treats staff; and the way it’s become even more concerned about serving society. Whether it’s been specifically called diversity, or a natural development of the firm and its ambition, there is no question that the evolution of Arup has been driven by becoming more diverse. And that makes it more enjoyable too.

ME/NLR: How do you approach flexible work at Arup?

PB: We went on a campaign a couple of years ago to lift the sense of what flexible working is, and acknowledge that this is for everyone not just for women. I work flexibly. Sometimes I work from home, other times I leave work early; regularly I have late night video conferences. So my hours aren’t nine to five. We also published a guide to all our staff, saying if you want to work flexibly, this is how you go about it. We’ve done this to make flexible working accessible to all and to give visible examples of flexible arrangements. We’ve tried to make it more mainstream rather than something that’s hidden away and embarrassing to ask for. Has it solved all our challenges? No. We still struggle with individual teams and perceptions amongst some staff, so it’s not something that is universally accepted yet. The more we learn how to work differently and with different practices, the more it’s going to benefit all of us.

ME/NLR: One of the characteristics of an architectural practice is the culture of long hours and deadlines. This is often put up as one of the barriers to gender diversity. What do you think?

PB: It’s hard. Culture is deep-seated. Having a leadership in place that will allow an alternative approach to how projects are run will change the biased perception of “Oh I’m sorry, I can’t employ a woman, you’ve got to work six days a week”. We need more examples of women succeeding in doing major projects in limited hours. Obviously that comes with a degree of stress, often women are juggling other things as well, and I wouldn’t pretend that it’s only the face-to-face hours that are needed to do some of these projects. Obviously, the standard approach to projects is not working because the architecture profession has a huge dropout rate of women in the mid levels. Engineering does as well, but this is a deeply held bias in the profession about how you do work.

ME/NLR: One of the challenges to gender equality is the belief by both sexes that it’s not an issue.

PB: I certainly get that. There are a lot of people who say “What’s the problem?”. Everybody’s opinion is different and based on their own personal circumstance. So maybe you’re a woman who hasn’t experienced bias. Or maybe you’re a woman that hasn’t had a problem with dealing with family. Or maybe you’re a woman who hasn’t experienced a lack of promotion opportunity and you might say “What’s the problem?”, but it’s hardly a representative sample to just take your own view. The reality is that bias does exist. We’ve all got biases and the ability to hold a mirror up to ourselves and actually reflect on how we think and what our preferences are is the first step to getting change. We’re doing inclusive leadership training with all of our senior staff at Arup, sometimes it’s called unconscious bias training. You can put all the policies you like in place, but in the end, they’re enablers, they don’t change behaviours.

If somebody perceives that there is not a problem, then they are not going to change their behaviour. So we’re working hard on that at the moment, working on the individual, because I believe if bias exists, you’ve got to work on the person that is acting with bias, not the person receiving the bias.

ME/NLR: What are the top three gender challenges facing the engineering industry?

PB: Going right back to square one, we have a really serious issue with the attraction of girls into science and maths at school and that’s going to create a pipeline problem. I’m really concerned about this, and I think the country should be concerned, because science and maths is essential if this country wants to be a competitive nation in the future. This will filter through into low enrolments into science and engineering and, therefore, we will not have enough women to recruit from. If you add to that the dropout in the mid levels, we’re going to have no senior women who are driving the future of this nation through its projects and its nation building and I think that should be a concern for all of us.

In sitting around with the other engineering leaders as part of the Champions of Change, many are at different stages in their approach to diversity, some are just starting, but I really respect that they’ve turned up at the table. These are long-term journeys we are all heading through as companies. They’re long-term cultural change exercises. They can’t just change overnight, but we’ve got to learn from each other what works and what doesn’t. Arup’s trying hard but we still don’t have all the answers. We’re proud of what we’ve done but we still have a long way to go.

Note: This interview was first published in the February 2015 issue of Architecture Bulletin, the magazine of the NSW Chapter of the Australian Institute of Architects. Thanks for permission to republish it.