It can be hard to aspire to leadership when you can’t identify with anyone at the top. But that might just be changing, says Fiona Young. 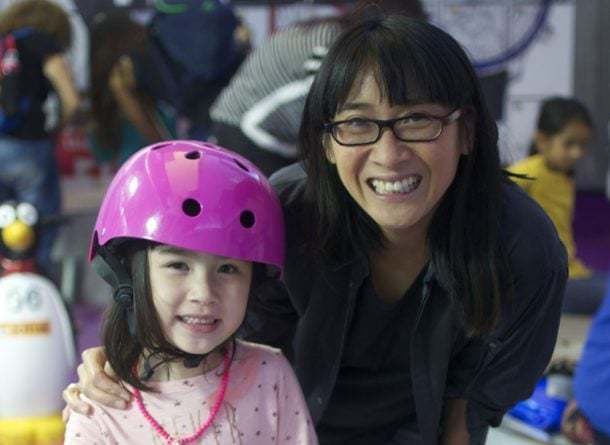 I have a five-year-old daughter who is half Chinese, only eats white rice or noodles, and is adamant she is not half Chinese but full Australian. Maybe it was clearer for my brothers and I having two Chinese parents, as I recall we used to write ‘Chinese New Zealander’ on Census forms. We had a somewhat hybrid upbringing. My predominantly Kiwi school friends loved coming to parties at my house to eat the Chinese feasts that my mum and her friends cooked up. Yet my brothers and I thought Asian jokes were funny … How do you know your house has been broken into by Asians? Your homework’s been done and your dog’s been eaten. As much as I’d be classified a banana (yellow on the outside and white on the inside), our family upbringing means that my brothers and I have an innate connection with Asian culture. So, even though I’m a Kiwi, I was surprised to realise recently that the notion of the Bamboo Ceiling still impacts and applies to me.

There were no leaders of Asian heritage on my radar growing up, which was never an issue for me. Probably as a result, being a leader wasn’t something I aspired to. That is, until I attended a session called ‘The Bamboo Ceiling’ at the Festival of Dangerous Ideas in Sydney in 2016, where I learnt about the under-representation of Asians in leadership positions. This was emphasised in a Radio National Life Matters program, ‘Breaking the Bamboo Ceiling’, which reported that as an ethnic group, Asians make up 10 per cent of the population, but they account for less than 2 per cent of senior executive positions in ASX 200 companies, and less than 2 per cent lead federal and state public service departments. Through my involvement with Parlour, I was aware of the importance of having women in leadership as role models for younger generations of women architects. At this point, I also realised that I had the potential not only to provide a role model for women, but also Asian women in architecture. I just needed the right opportunity.

In February 2017, I started at a firm which had seven Directors – two were women, and two were of Asian heritage (one being an Asian woman). A third woman has since been made a Director of the firm. When I found out this ratio of gender and cultural diversity I was actually surprised, as I’d never encountered Asian women and men in leadership positions in a large architectural practice before. It was exciting to realise that as these role models were there, the path for me to also become a leader and a role model for others might be possible, too. In my first month, I attended the company’s major external event of the year, Chinese New Year. It was a memorable night with Chinese clients, a Chinese speech, drinking Chinese spirits, and a suckling pig (of course!). I also recall meeting several other Asian staff members from across the board in terms of experience and seniority.

This was a change from any of the offices I’d worked with in the past. At the very least, they had few other people of Asian heritage apart from myself – or if they did, they tended to be in relatively junior positions. My guess is that having this level of diversity at my current workplace is reflective of, and a result, of the organisational structure of the Directorship. I think for those who work within my practice, it’s not unusual having leaders of Asian heritage but compared to other practices it is a significant thing, and in turn impacts on the conscious and subconscious culture of those who work there about what is normal and what is possible.

Fiona is an architect and researcher in the field of learning environments. She has previously worked as an exhibition designer within leading cultural institutions including The Museum of Arts and Applied Sciences (MAAS), The Australian Museum and The Museum of Wellington City and Sea in New Zealand. She is currently a PhD candidate as part of the Learning Environments Applied Research (LEaRN) network at the University of Melbourne, and Studio Director at Hayball in Sydney, where her focus is on Education and GLAM (Galleries, Libraries, Archives, Museums) sector projects. Core to her role is enhancing learning opportunities through design, and interpreting and bridging understanding between educators and architectural teams.