Badru Ahmed revisits her experiences as an international architectural graduate on the job hunt in Melbourne, and the pressure to present as the ‘right fit’ – professionally, culturally and personally. 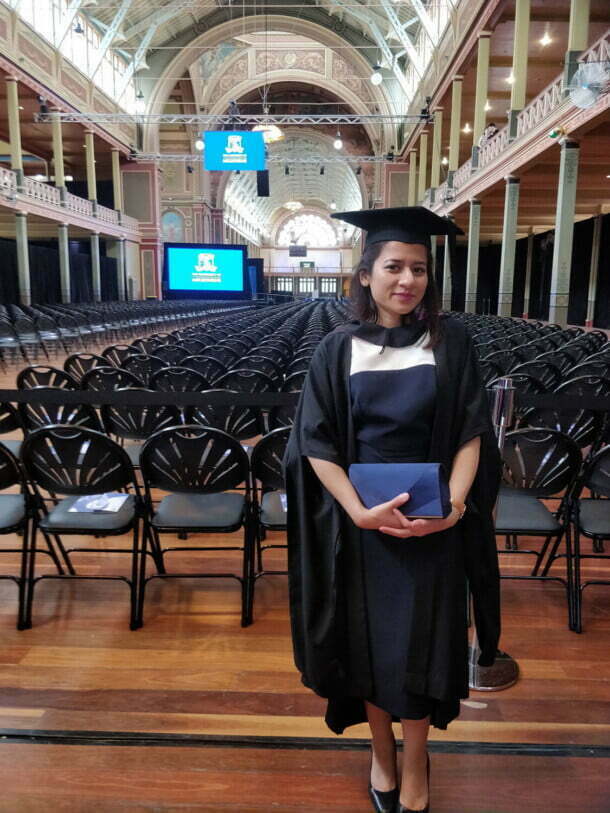 Recently, I came across a news article that highlighted the bold actions of an international architectural graduate in Melbourne that successfully landed him a job. The article titled “University graduate secures job by standing on Melbourne street with a ‘hire me’ sign” had already been shared several times across various social media platforms. As inspired as I was by the article, I was particularly glad to see in the comments section discussions surrounding the nuanced, additional and often unspoken difficulties that are faced particularly by international graduates and immigrants while getting that first foot-in-the-door.

Finding a job as a new graduate is a daunting task in itself. It seemed that most graduate or entry-level jobs required ‘two-years local experience’. Now add ‘immigrant’ and /or ‘international student’. I could not fathom how I could qualify to apply when I hadn’t even lived here locally for two years, let alone have ‘two-years local experience’ in architecture. Needless to say, while the bulk and best of my mental energy was spent sorting out visas and the endless stream of additional exams and paperwork it entailed, I was also trying to be the ‘right fit’ – professionally, culturally and personally. That pursuit led me to many conversations that were insightful, funny and sometimes quite confronting. The title of each of the following sections are quotes from some of these discussions.

The ability to speak perfect English using long and complicated words is not necessarily an indication of intelligence – merely that of a specific language skill. However, the ability to express oneself clearly and concisely is, all of which can be achieved with limited vocabulary and words. Great architects like Peter Zumthor have explained complex ideas of phenomenology and senses in architecture using simple words in Thinking Architecture. Personally, I felt that the beauty and strength of his words were enhanced by their simplicity. As for accents, I am convinced that in a diverse multicultural city like Melbourne, most conversations are made richer by the melting pot of beautiful accents.

Having said that, strong language skills are an extremely useful skill, if not mandatory. The good news is that if it’s a skill, it can be practised and improved. In the pursuit of this skill, my younger self would resort to activities that blurred into effortless hobbies: countless Hollywood movies and every scrap of paper with written words I could get my hands on. I would also listen intently to colleagues or strangers who I felt conversed articulately. Somewhere in my subconscious mind, I felt that I had to be twice as good with my language skills. 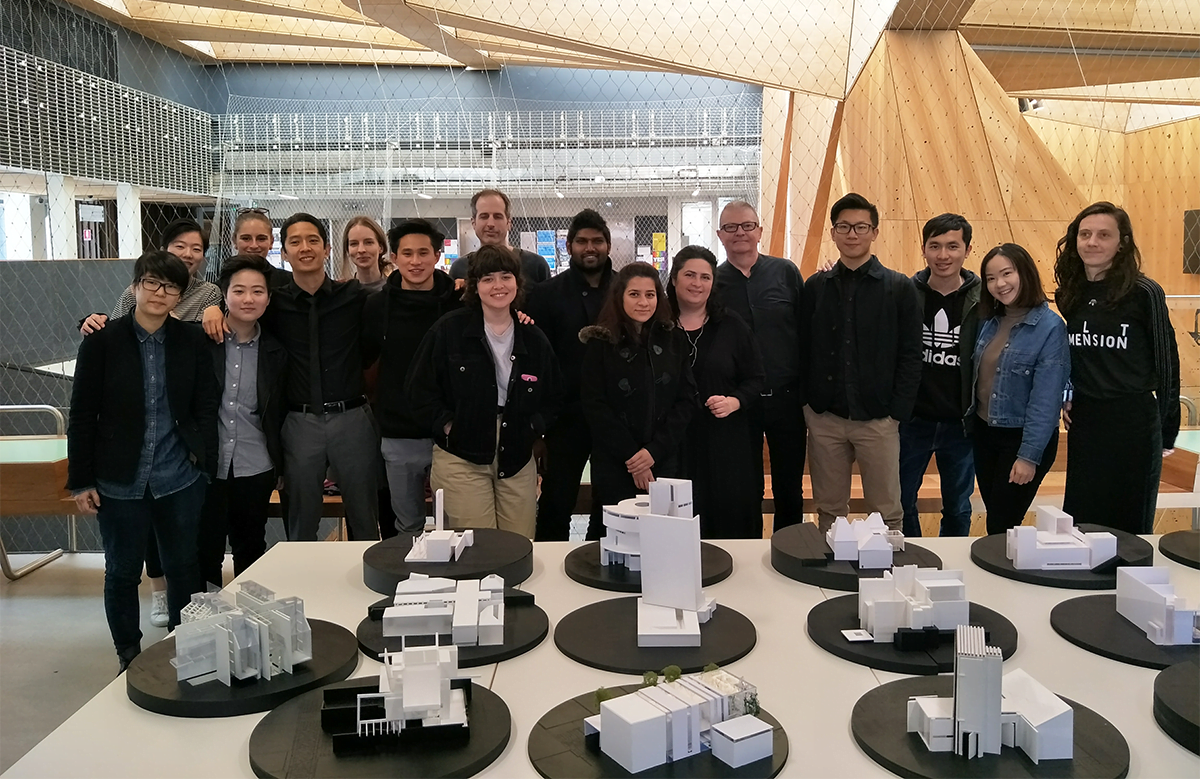 There have been countless discussions around the topic of names in job applications and the underlying subconscious or conscious (!) biases they can trigger. Putting all those concerns aside, I reflected on the very purpose of my name. My name is one of my most personal yet practical possessions. As dear as it was to me, I didn’t want it to be the longest word in my resume. And so, I chose to shed the last six letters of my eleven-letter first name, and voila! Suddenly I had a fun new conversation starter with strangers. “‘Bad’ is the beginning of my name, haha!” or “Bad-r-u? Surely you have asked yourself that at some time? Haha!” It wasn’t a question of trying to anglicise it but simply to make it easy, yet it remained unique to me, and in the process, it somehow became a wonderful icebreaker too.

“You have to deliver your role”

There is a certain kind of involuntary loss of career trajectory and time that is often a byproduct of starting over in a new country. Once I had mourned and accepted that loss, I came to the realisation that it didn’t matter if I were a Jedi master in my past life or the commander of a galactic battleship fleet in another universe, ultimately I would have to deliver what I was being hired for. Everything else that I had was complementary. This is not to say that I am not seen as a human, but I became very aware of the role of a graduate and the skills necessary to perform that role. That clarity was useful in pursuing skills relevant to a prospective applicant – for instance, picking up Revit, a software lesser-known in my country of origin but absolutely essential in Australia.

“I am not sure what to make of ‘complicated resumes’ ”

One of my former project leaders once told me that he found it difficult to assess an interviewee with a ‘complicated resume’. I found this passing comment surprisingly insightful. He was not saying that an unusual resume with international or diverse experiences was not valued, or that an international applicant could not be the best addition to the office team. He was merely acknowledging the challenge of assessing unfamiliar experiences from foreign places against the selection criteria. The optimist in me considered this an opportunity to demonstrate a desirable skill: explaining unfamiliar content instantaneously in a familiar and concise way. I recall carefully explaining my international experiences using terms relevant to Australian project stages or even name-dropping Australian cultural icons, such as Savage Garden and Hugh Jackman, perhaps to subconsciously establish that I ‘fit’ – professionally and culturally.

“A significant chunk of real education lies beyond your university campus”

One of the first unsolicited pieces of advice I got was from a faculty member who said “we prefer you not work part-time while at university”. I understood where he came from as some may find it difficult to balance work and study simultaneously, but I did not agree with him. University education was invaluable but life confined solely within a campus was a bubble – a wonderful and exciting bubble but a bubble nonetheless. There was so much to be learnt from the world of casual or part-time jobs – architecture and non-architecture alike. Personal financial circumstances and visa limitations aside, I cannot stress enough the priceless skills I had picked up from the range of casual retail and hospitality jobs I had as an international student – from picking up nuanced cultural connotations to interacting confidently in an acquired language with someone I had met seconds before. Two years later, interviews did not feel very different to the context of my non-architecture jobs. I was neither intimidated nor entirely nervous to be in a room full of sharply dressed interviewers, because in my mind this time the product I was pitching wasn’t men’s suits or women’s shoes – it was me as a graduate.

Ultimately, we are all products of our life experiences and circumstances – as fortunate or unfortunate as they may be. Of course, we are often consoled with the fact that there are worse experiences out there in the world, but it is incredibly hard to deny our lived experiences. Lived experiences are not anecdotal; we know that they happened and, most importantly, they happened to us. However, regardless of the type of experiences I faced during my limited years as a student or a job seeker – startling, amusing or confronting – I always held the power to choose what I wanted to take away from them. We cannot always control what circumstances we face, but we can choose our reactions to them, and I know and hope that I strive to make the best of them. I heartily congratulate the brave individual who, through his actions, has not only secured a job but perhaps initiated the long overdue dialogue about the immigrant job hustle.

Badru Ahmed is a Graduate of Architecture currently working in Melbourne, Australia. Her professional and educational experiences include involvement in local and international institutions in Australia, Portugal, Sri Lanka and Bangladesh.

She aspires to become an individual who does not merely engage with the industry as a professional, but also as an agent of social change through participation and collaboration. An immigrant from Bangladesh and a keen observer of people, culture and societal norms, she is determined to contribute to equity of opportunities for which she finds inspiration from her own curious life experiences.