Searching for female architects of colour

Sarah Akigbogun outlines her plans for an online, crowd-sourced project documenting women architects of colour in the UK and beyond. The project began with a tweet, and Sarah invites everyone to get involved. 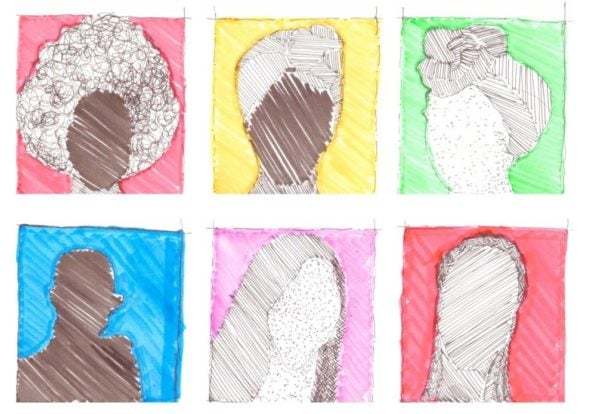 So, new project for 2019 …I’m starting a project to collect the stories of female #ArchitectsofColour, past and present. Who should I be talking to? About? Please send suggestions! Many thanks!

It was intended as a tentative probe to the world of architecture. I was equally excited and apprehensive as I pressed ‘tweet’. I expected the odd ‘like’ and hoped for a few retweets; often when talking about subject of racial diversity it’s like shouting into the void. This time responses came thick and fast, and the suggestions sent came from and referenced women from all over the globe:

Eulie Chowdhury was a very interesting woman with a fascinating story!

Try Marina Tabassum, she is a Bangladeshi architect.

Minette de Silva, architect – here she is on site pic.twitter.com/3q8x7I6XyG

Please reach out to the wonderful Michaele Pride (at University of New Mexico) and the Native architect community in NM and beyond. Elizabeth Suina is a good starting point!

You got some great recommendations! We have a couple suggestions for pioneers Norma Sklarek, FAIA, and Sharon E. Sutton, FAIA, Keep us posted on your project progress!

Jacquiann Lawton, could not find her twitter handle but she isbpart of CSA (Caribbean School of Arch) in Jamaica

Hi ! This is fantastic! Is this a global project? South Africa has some interesting stories too. DM me if you’d like

I was simply overwhelmed. I had completely underestimated just what interest there might be in this topic and in a sense the response provoked me to redefine the project. 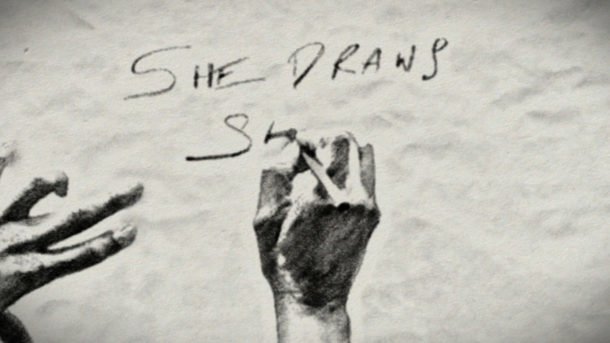 So, what brought me here? In 2017 I began working on She Draws: She Builds, a film in which 15 female architects talk about their lives as architects. The experience was incredible, and one that made me feel less isolated as I realised many of the things I had experienced as a woman in architecture had been experienced by others, be it the passions or frustrations. It was a privilege to share these voices, but not long afterwards I began thinking about the issue of wider diversity within architecture and what the experiences of this wider group might be. 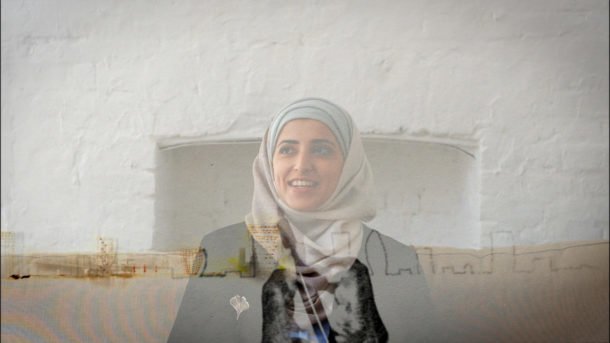 Zara Haider, founder of Our Girls Mentoring, still from She Draws She Builds.

In recent years this issue about racial diversity, combined with gender, has become a recurring question in my mind, one that has moved slowly to the foreground. All too frequently I have been faced with the question: Where are the female architects of colour? Where, in particular (because I am one) are the black female architects? Once, after giving a talk at a school of architecture here in London, I was asked by a student, also black and female, “Why am I always the only one?” She was referring to the practices where she had worked. There was something heart-breaking to me about hearing a young woman, just starting out in her career, already facing this question. Why indeed! It was a question I first faced some years ago while working in a large practice; I remember distinctly the sensation of looking around that vast office of almost 1000 architects and seeing no one that looked like me.

As a black person working in the professions, I often find myself in a very small minority – it is almost a cliché, and is commented on by several others in the array of books on black identity published recently by writers such as the Obamas and Afua Hirsh. The organisation where I worked was not atypical in the fact that most of the other black staff were either caterers or cleaners, but it was the first time I had been so directly confronted by it. The diversity needle, in terms of those of black origin, seems not to have shifted much since. There are, at the time of writing, only 107 architects who identify as black and female on the UK register (out of 54,000).1

The reasons are complex, but we know that in the UK there is a high drop-out rate of students from BAME backgrounds between starting training at Part 1 and qualifying at Part 3 – the figure goes from 34% to only 10%. The percentage of black and mixed race architects who complete the seven-year UK training is only 3.7% of the total number who qualify. For all those of BAME origin, it is only 8.8%. When compounded with gender, there are, of course, by extension, even fewer females of any race.[2. RIBA Education Statistics, 2016/17 Report Table 21: Ethnic group of students 2016/17.]

These numbers are important. This is not just because they are an indictment of the lack of social mobility in our society and of the inaccessibility of the profession, or because it is now well documented that diverse businesses are more successful (the latest research from consultants McKinsey has found that companies in the top quartile for gender or racial and ethnic diversity are more likely to have financial returns above their national industry medians). Perhaps the most important issue is that a rich variety of voices should be contributing to the conversation about the built environment.

Visibility is also important because it can hopefully both inspire the next generation and help reduce the sense of isolation that may lead people to believe that the profession is not for them.

As the responses to my tweet continued to come in, I was struck by how much data seems to exist in America and how comparatively little we know in the UK. Particularly impressive was the AIA Diversity History, a link to which was kindly sent to me by Parlour. I wanted to know who the UK’s equivalents of Norma Merrick Sklarek were, but so far it seems the information does not exist. The Architects Registration Board (ARB) did not start collecting data on race until 10 years ago and I was surprised to find that even the encyclopedic Google has no answer.

And so continues my search to find and tell the stories of the women of colour who do exist in the profession in the form of a new film. On this new journey I have already come across many who are engaged with answering similar questions, notably Black Females in Architecture, who burst onto the UK architectural scene last year, shaking things up. They are doing great work disrupting the narrative from which I, they and people like us have been excluded.

It struck me that, beyond a film, it would be timely to publicly log the responses I received, and hope to continue to get, by creating an online resource, similar to the AIA Diversity History. This will also be a crowd-sourced project. I will start with the UK but would welcome input on the rest of the world.

The film project is partly contingent on funding; however, the wider project of establishing the web resource will be on-going throughout 2019.

To get involved and support this work, join the mailing list to register interest or tweet me with suggestions of female architects of colour you think are missing from the narrative of architectural history and whose contemporary work should be celebrated.

Sarah Akigbogun is a multidisciplinary practitioner and educator. An architect and filmmaker, she is founder of Studio Aki London and theatre collective Appropri8, which seeks to work with communities to activate disused urban sites. Sarah is passionate about diversity within architecture and is Co Vice Chair of Women in Architecture UK. In 2017 she directed the film She Draws : She Builds which collates the voices of 15 female architects. Trained as an architect and engineer, Sarah completed her Diploma at the Architectural Association, where her work focused on themes of mental illness and architecture and the use of film as a tool to explore and document the city. After graduating Sarah worked at several International practices including Alsop Architects and Foster and Partners. She also holds an MA in Acting from Central St Martins and is currently a tutor at Canterbury School of Architecture.