The future for women in architecture is inextricably linked to the future of the profession itself. Annabel Lahz considers a profession in the midst of change. 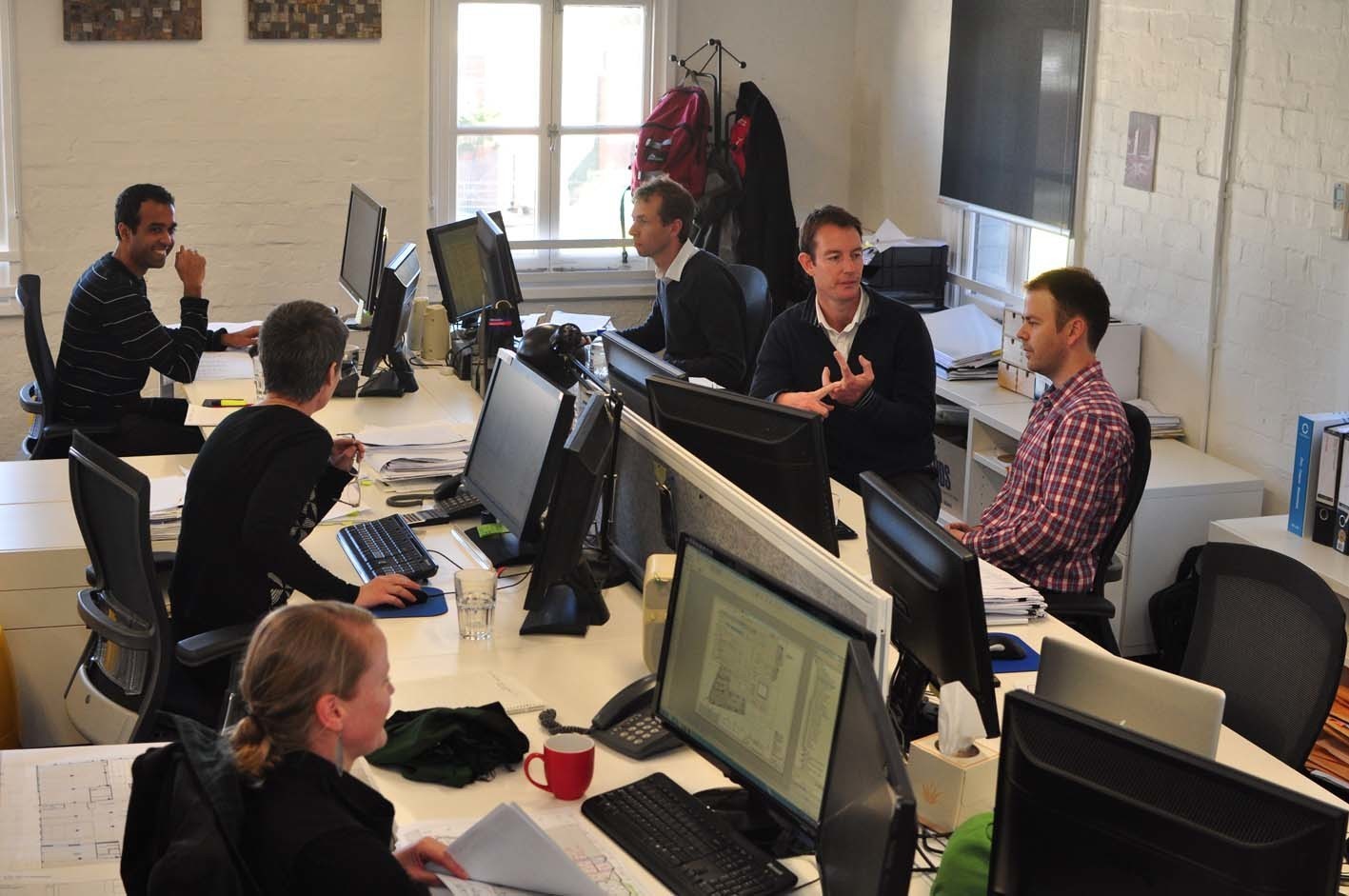 Okay, let’s get this out of the way.

Awards for women in architecture have always annoyed me.

Groups for women in architecture have always annoyed me.

The Colorbond advertisement, featuring three venerable male architecture practitioners (all of whom coincidentally have Gold Medals) spruiking the wonders of Colorbond, also annoys me.

Reflecting on my own experience in architecture as it relates to the topic of being a woman I can summarise as follows:

My own experience, however, does little to add to the discussion of women in architecture and I am thinking it might be more interesting to move from reflection to speculation.

We cannot discuss the future for women in architecture in isolation from the future of the architectural profession as a whole – the two are inextricably linked. This discussion is timely, as the profession is currently in a state of flux and evolution. It is a subject that I have been interested in for a while, and much has been written lately on what the future of the architectural profession might be. There is a diverse range of views, but a general consensus seems to be that architects need to adapt and respond to changing global social, political and environmental circumstances.

Risk and cost control, advanced technologies, new professions nibbling at traditional architectural roles – these are becoming the dominant drivers in building procurement. In addition, clients are seeking a hassle-free ‘one-stop-shop’ for project delivery. Increasingly this is achieved via large interdisciplinary consortiums, where the architect has significantly less control and heavily supervised access to the client, if any.

This situation has been gradual and on the whole the profession, while quick to critique and condemn processes such as design and construct, has been slow to respond proactively.

While not applying across the board, it is difficult to deny that architects have earned the unenviable reputation of being arrogant, inflexible and insular. Many are still reluctant to throw away the idealised notion of the architect as the ‘hero’, who controls the entire design and building process. If the statistics are correct that women account for around 25% of the profession, then this image must largely be the creation of the other 75%. We know who you are.

If architects are to play a continuing role, we will need to relinquish some control of the design and building process and become true collaborators, working with the entire team of construction managers, stakeholders, contractors, fabricators, sub-consultants and the like.

There will always be ‘starchitects’, but it seems that the cult of the hero architect is on the way out. Our new role is still evolving. In addition to being ‘architects’ in the traditional sense, it will surely involve architects also being collaborators, strategic thinkers, and facilitators.

So the profession is in the midst of change and reinvention. Some architects will go down kicking and screaming, some will leave the profession, some will move sideways and develop other broader creative practices, others will be able to maintain their current structure, still others will join large multi-disciplinary global firms.

With regards to the future of women in architecture, I’ll finish on a quote from an article published in 1891 in the Inland Architect and News Recors by Louise Bethune. It relates specifically to women, but it applies to the whole of the architectural profession at the moment – both male and female.

The future of woman in the architectural profession is what she herself sees fit to make of it.