PARLOUR: a space to speak – bringing together research, informed opinion and resources; generating debate and discussion; expanding the spaces for women in Australian architecture.
Past events

We have asked our panellists for Women Transforming the City to start by speaking briefly to one image that elucidates a particular instance in which women have transformed the city. These images are below for your reference.

We hope to see you at the event – M Pavilion, 15 October, 6pm. More details here. 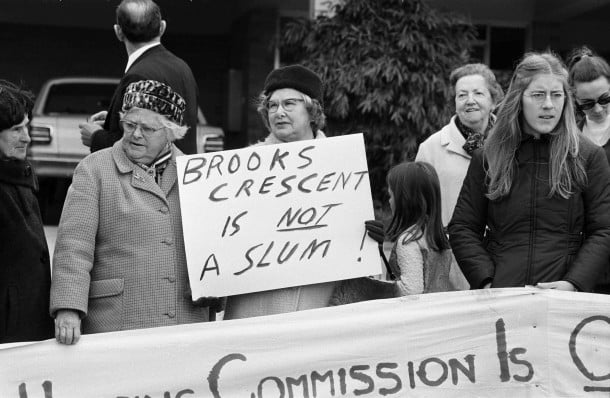 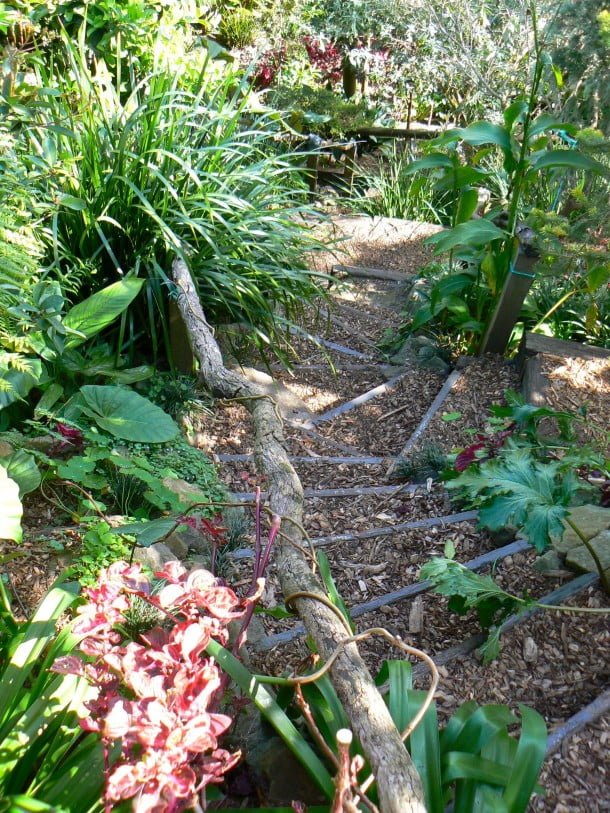 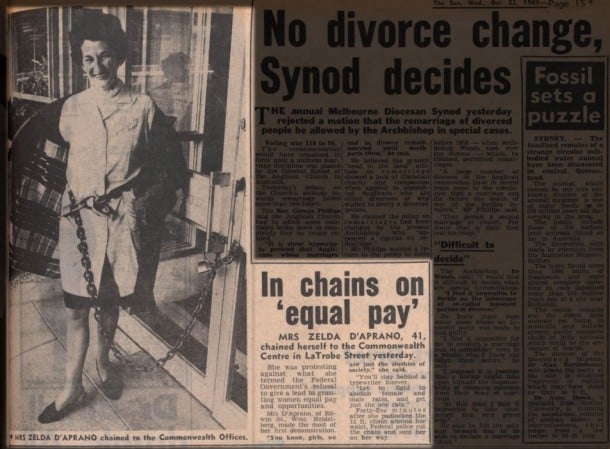 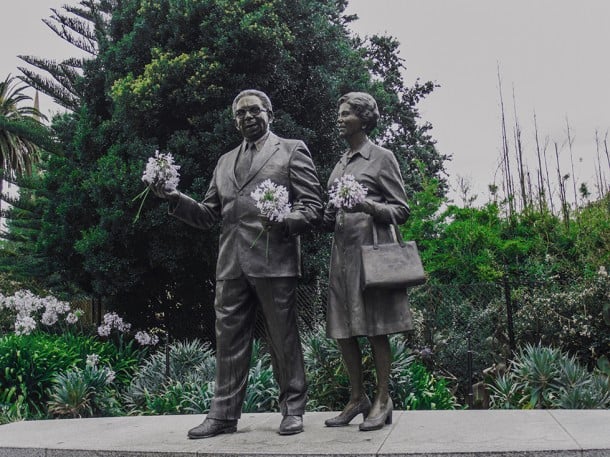 Sir Doug Nicholls and Gladys Nicholls, statue by Louis Lormen in the Parliament Gardens. Gladys Nicholls was co-founder and coordinator of the Women’s Auxiliary of the Aboriginal Advancement League and active in Fitzroy and Northcote. Photo from Jeanine Lu. 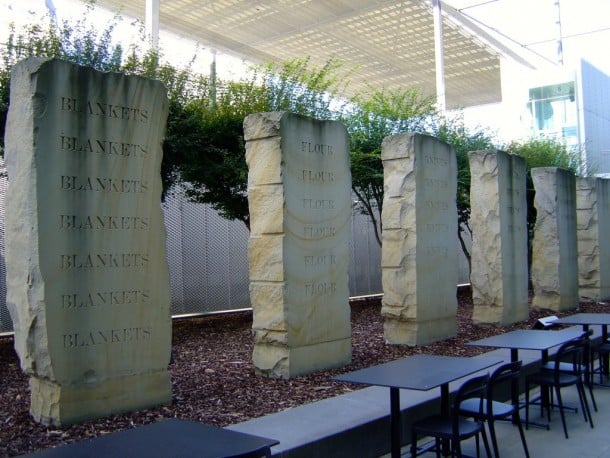 Fiona Foley and Chris Knowles, Lie of the Land, 1997, site specific art and sound work commissioned by the City of Melbourne as a gift to the people of Melbourne to coincide with the National Aboriginal Reconciliation Conference. It is a commentary on Batman’s treaty with the Wurundjeri and the ‘founding’ of European Melbourne. The work was located outside the Melbourne Town Hall, and has since moved to the Melbourne Museum (shown above.) Photo: The Art and the Curious.

Previous postCome into the Parlour Next postWomen in Architecture: Jane Wetherall