PARLOUR: a space to speak – bringing together research, informed opinion and resources; generating debate and discussion; expanding the spaces for women in Australian architecture.
Equity policy

“I’ve lost my cynicism!” Speaking at the launch of Parlour Inc, Emma Williamson described her work with the National Committee for Gender Equity, and announced that the Institute of Architects has become Parlour’s inaugural Major Sponsor. 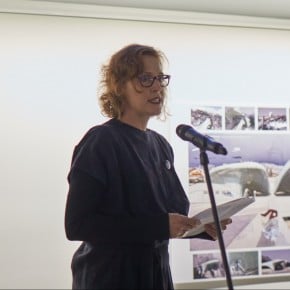 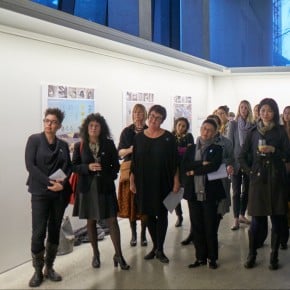 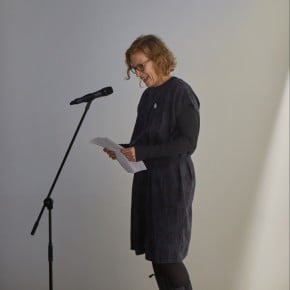 I thought I could take this opportunity to give you an update on the progress of the National Gender Equity Committee – but first I wanted to back track a little.

At the end of 2013 I saw Shelley Penn in Perth. During our brief conversation she excitedly said to me, “ Great news – National Council has just endorsed the Australian Institute of Architect’s Gender Equity Policy”.

Very politely I congratulated her, but, if I am honest with you, what I was thinking was: “what will that change?”

About four months later a call came via the Institute e-news for members to apply for a position on the gender equity committee. I deleted the email. As I pressed delete I was thinking, “gender equity and the Institute of Architects are mutually exclusive”.

Another month passed and I got an email from Justine Clark asking if I would consider throwing my hat in the ring. Again my initial response was negative….

Then I had one last conversation with myself! “If I wanted things to change it didn’t seem right to leave all that work to others” – and Justine can be very convincing! 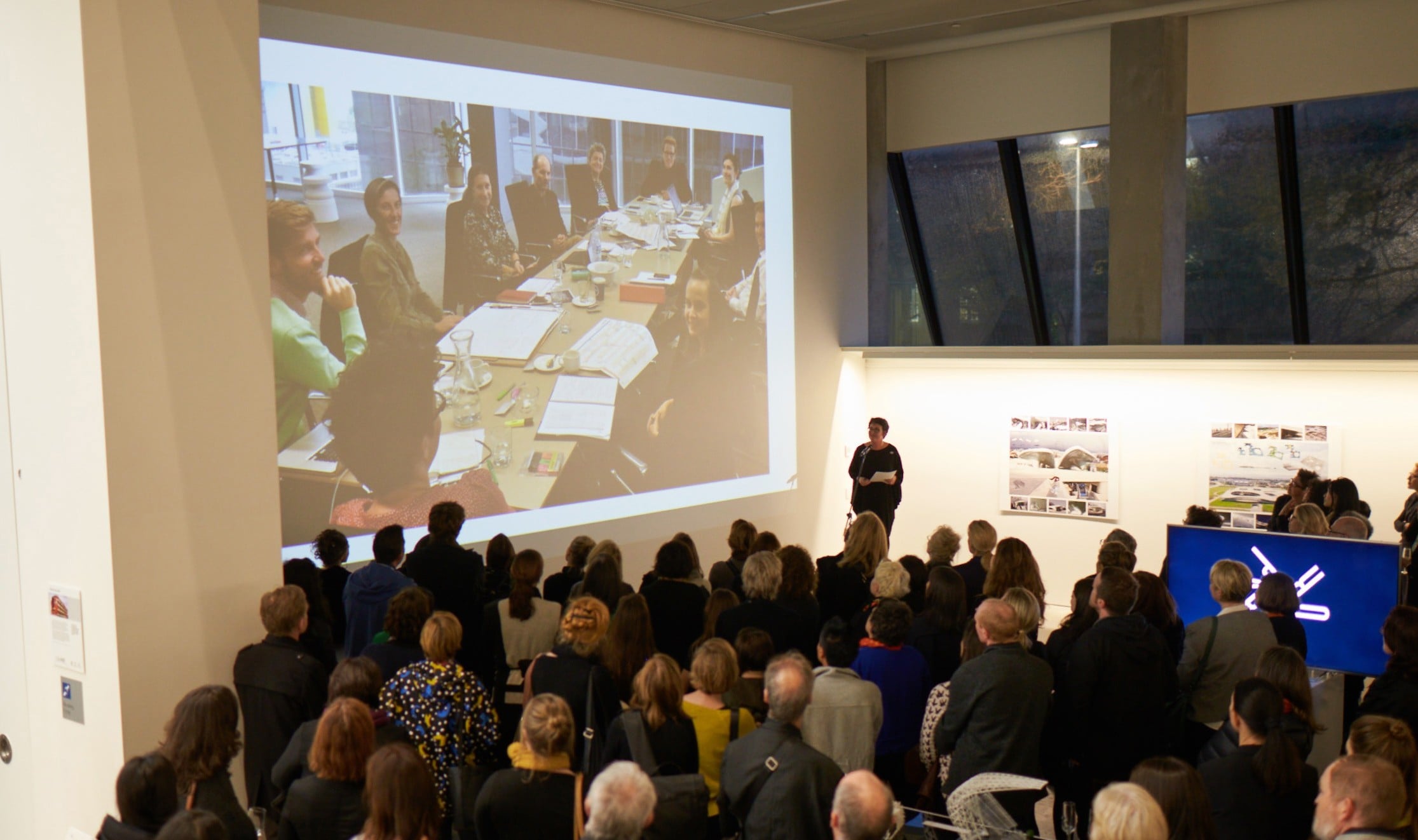 So, fast forward to today, and here I am speaking to you on behalf of a fantastic committee of diverse and passionate supporters of equity in architecture.  The ten members are determined to facilitate change and represent a range of practice modes, from all over Australia.

We feel incredibly privileged to be the founding committee and see our role as one of action.  We have the benefit of the deep research undertaken by people like the late Paula Whitman, Justine Clark, Naomi Stead, Karen Burns, Gill Matthewson, Julie Willis and others.

We have worked quickly to create an action plan based on the objectives of the Institute’s policy, which can be delivered in the short, medium and long term. We recognise that this issue requires change over a generation, but we also know that there are some quick wins and actions that we can put in place that will help this long-term shift.

Within the committee we have established smaller working groups and are collaborating with Institute staff to look at changes and improvements around Institute policies broadly, CPD topics and presentations, awards and awards processes, the profiling of women, mentoring and leadership as well as ways in which we can continue to open the dialogue around flexible workplace practices.

We have been looking for ways to support women and the profession as a whole as we look to create a new type of workplace that can retain women and offer them meaningful work and career progression during periods of part time work.

We know from the research that women’s participation in the profession and their membership of the Institute drops dramatically when they reach their 30s.  This presents an interesting challenge to us as a committee, and means that we need to explore the ways to connect with non-members.

At our second face-to-face meeting at the end of last year each working group reported on their short, medium and long-term goals. Literally hundreds of initiatives were suggested and prioritised. In every instance Parlour was seen as critical to the committee reaching out and communicating to this audience.

I am pleased to say that the Institute also agreed with this approach. Following my presentation to National Council in December last year the Institute agreed to become the Inaugural Major Sponsor of Parlour.

Through this partnership Parlour will be able to continue its great work and create an even more dense resource for anyone who is interested in an equitable workplace.

As a committee of the Institute of Architects, we will be able to connect to an expanded community, and to demonstrate our willingness to engage in gender equity and change.

You can expect to see profiles of the fabulous female practitioners around the country, discussions with practices around how they are approaching gender issues at a practical level, updates on CPD changes, awards, scholarships, mentoring and much more.

There are two important things that are worth mentioning at this point:

This partnership gives us the best chance to reach out and make change.

So I have lost my cynicism. I’m all fired up, so is the committee, so is the Institute and so is Parlour!

I would like to ask you all to think about ways big and small that you can contribute to this shift and how in doing this we can spread the word and make the impact even bigger.

So what are you waiting for – get on board!

This speech was given on May 14 at the launch of Parlour Inc in the Dulux Gallery at the new Melbourne School of Design building. The event was generously hosted by the Melbourne School of Design and was held in collaboration with the National Committee for Gender Equity of the Australian Institute of Architects. Peter Bennetts kindly took the photos. Thanks to all involved.