PARLOUR: a space to speak – bringing together research, informed opinion and resources; generating debate and discussion; expanding the spaces for women in Australian architecture.
Making careers

The outsider, the opportunist & the whistleblower

Director City Design at the City of Melbourne Jocelyn Chiew reflects on the benefits of being an outsider, the opportunities that can come from volunteering, and the importance of bringing ‘non-traditional’ architects back into the fold. 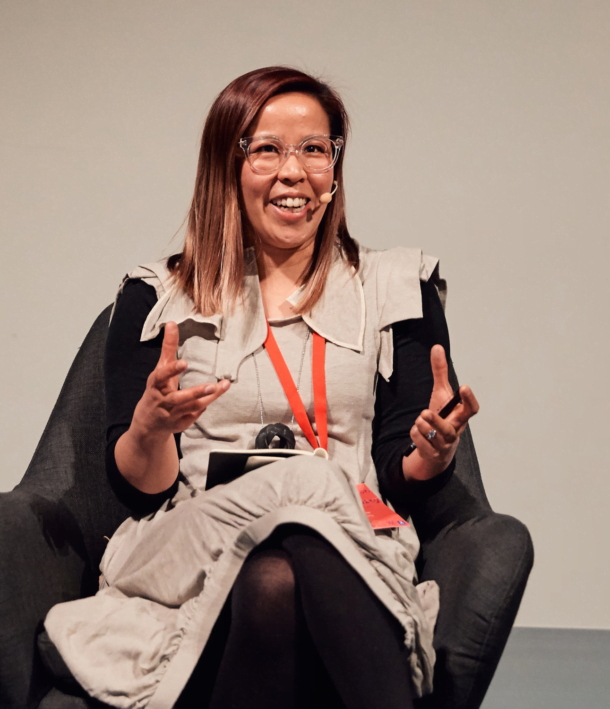 Recently I started a new role as Director City Design at the City of Melbourne. In the context of COVID-19, of working from home and social distancing, my responsibilities come with the added challenge of building trust and rapport from the confines of home.

Until three months ago, I had spent 9.5 years at Monash University, much of it in the role of Manager Campus Design, Quality and Planning. One of my first challenges was ensuring the benefits of a masterplanned approach were understood and engendering shared ownership of new campus visions. This formed the basis for the ’It’s part of our Monash Masterplan’ campaign, which asked all members of the University community to consider how their own work impacted the organisation’s future – that any works undertaken on campus contribute to the masterplan vision for an internationally leading university. This simple tagline is now synonymous with campus development at Monash. Between October 2012 and March 2020, I held the privileged position of overseeing the planning and design of four additional campus masterplans including two updates, 15 new buildings, 7 hectares of landscape, 58 retail tenancies and 15 public art commissions. More than a billion dollars in capital works was delivered.

Monash projects, assisted by new design processes including an Architect Selection Committee and Design Review Panel, garnered close to 50 design awards during the period and received the following praise from Conrad Hayman in ArchitectureAU: “Thank God for the newer architecture! At last Monash Clayton has sustained drive in its architectural management.”

For me, all of this has validated an earlier decision to move on from consulting, where the work was rewarding but more often than not, unbuilt. I had led the development of Chapel Vision, a long-term structure plan for Chapel Street and Toorak Road; developed a 20-year physical plan for Corio Norlane; and coordinated an exhausting billion dollar development bid for Carlton Housing. I worked on the University’s Caulfield and Clayton Campus Masterplans, and when the opportunity arose to participate in their implementation, I took it. Working client side has allowed me to acquire and test additional skills in communication, research, advocacy and leadership – in ways that may have never presented themselves in traditional practice. 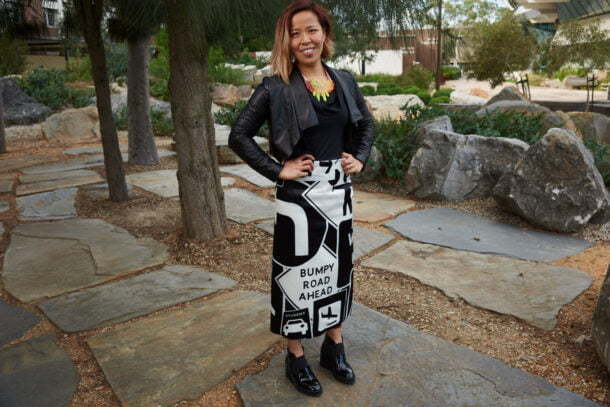 In telling the story of my professional trajectory, I want to start with the idea of privilege in architecture. In 1998, when I commenced my studies at the University of Melbourne, I knew two professionals: the local veterinarian who treated the family dog; and the local GP who treated my family. The school dentist didn’t count as our interactions were invariably limited by the fact that one of us was prevented from talking!

At university, I personally felt privilege, or the lack thereof, on three fronts. It was in the everyday language of those with whom I attended class; people who were infinitely more cultured and knowledgeable than I was, and who had been exposed to a greater diversity of experiences. It was in the professional language of the classroom; I madly transcribed every lecture I was given, especially those by Miles Lewis, because I needed the time to process them later (often with the aid of a dictionary). Finally, I felt privilege in the room when we socialised – commonly referred to now as ‘informal learning’. What now seem like innocuous events – a coffee, a birthday, a fancy dinner or an excursion – were anxiety-ridden reminders of the lack of a disposable income available to me at the time.

And so, I preferenced socialising with friends outside the Faculty of Architecture – engineers and scientists, who were happy to do budget-conscious activities like bike riding and house parties. The level of disparity between myself and the cohort around me was a strong influence on my earliest engagements with the profession, which were (aside from coursework) minimal. And I very much doubt that I am alone in this experience. I strongly believe that architecture has a long way to go to addressing privilege and enabling equity of opportunity for development and advancement.

Very early in my time at Monash, I was told by a prominent adviser to the University’s Design Review Panel, “You’re not an architect unless you design buildings”. By that time, I had three degrees, ten years’ professional experience and the title of Registered Architect under my belt… I recall project managers welcoming me to meetings with, “Here comes the architect to add time and cost”. I was also called into meetings with faculty managers who were incensed that their requests for shop-bought sheds were now being refused on the grounds of non-alignment with the Monash Masterplan.

My job was to ensure curated campus outcomes befitting of a globally ranked university. This extended to reviewing proposals, developing briefs and design consultant lists, managing design reviews and providing design oversight to any public realm impacting works – regardless of scale. The first five years in the role were incredibly alienating while I developed new standards, policies and procedures, and was called on to constantly defend them – not just by the university community, but by project teams who found it difficult to fathom that the scale of transformation we were envisaging would happen in their project’s lifetime. An example of this is that active frontages were required in the round because adjoining roads would in time be replaced by pedestrian walks. There was pushback early in the masterplan’s implementation because service roads don’t often make for a great outlook, even if temporary.

The first appointments to my team came four years into the role and it was liberating to no longer be the only outsider. From 2011 to 2020, Monash University jumped 103 places (from 178th to 75th) in the Times Higher Education World University Rankings. It was nominated by Tripadvisor as the Number 2 Top Attraction in Clayton. Social media posts of the campuses exploded, and the university community became inadvertent advocates for good design.

In my experience, being an outsider can liberate you from conforming with ‘the rules’ and accepting what already exists. The outsider has the ability to place themselves in someone else’s shoes and has sufficient irreverence to see the changes through. At Monash, my key reference point for design was how I, as a new student or staff member, would want to feel on arrival at a Monash campus. I sought to deliver environments that were in equal measure welcoming, engaging, inspiring and sustainable, uniquely of their context and contributory to the existing nationally significant landscape (Refer description for Monash University Clayton in the AILA Significant Landscape Architecture Listing). 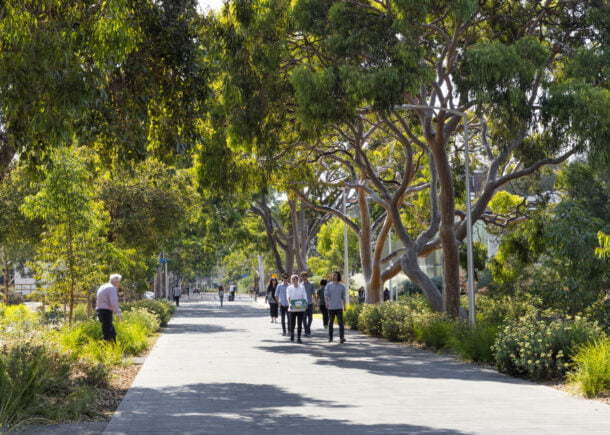 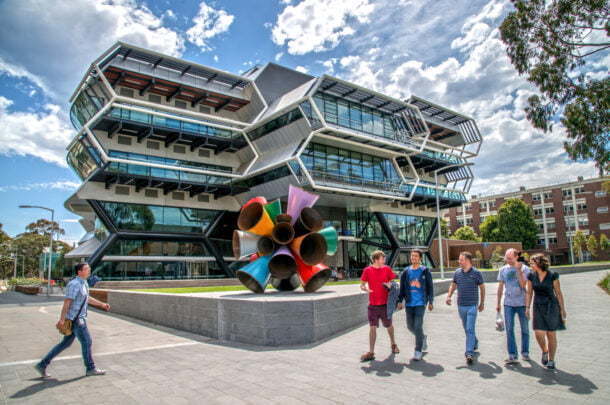 I’ve always believed that opportunity is something that you create for yourself. This can be a difficult thing to grasp when you’re just starting out in architecture and still learning how to navigate a project; or, conversely, if your practice has secured work in specific areas and you’re wishing to branch out.

The biggest breaks in my career have come from volunteering – doing things that allow you to consolidate your knowledge, share ideas and grow your professional networks. The catalyst for the @monashmasterplan account came out of a conversation with staff at Monash University Museum of Art (MUMA), who commented that it was often difficult to attract visitors to campus because there was no single repository that showed just how much the campuses had changed. The account has allowed me to connect with current and potential collaborators in ways that are much more immediate, organic and informal than other channels.

Building a rapport with the staff at Architecture Media and, in particular, Landscape Architecture Australia, has been beneficial in many ways. Prior to presenting at the 2019 Landscape Australia Conference, I doubt anyone in either architecture or landscape could have gleaned the breadth of work that we undertake client side. I was fortunate to have members of City Design division at the City of Melbourne in attendance. This made the process of applying for the Director City Design Studio position a little less daunting because they already had an idea of the scale and complexity of the work we were doing at Monash.

Working client-side has offered opportunities to learn more about other aspects of project planning, commissioning and delivery that I would never have experienced had I stayed in consulting. I’ve learned what it takes to deliver a masterplan, how to negotiate and change established processes, the power of policies in enabling cultural change, and the importance of communicating clearly, concisely and persuasively.

I’ve been incredibly privileged to have had the opportunity to collaborate with a multitude of accomplished architectural, landscape and artistic practices and contractors. And I pursued opportunities to push this further. 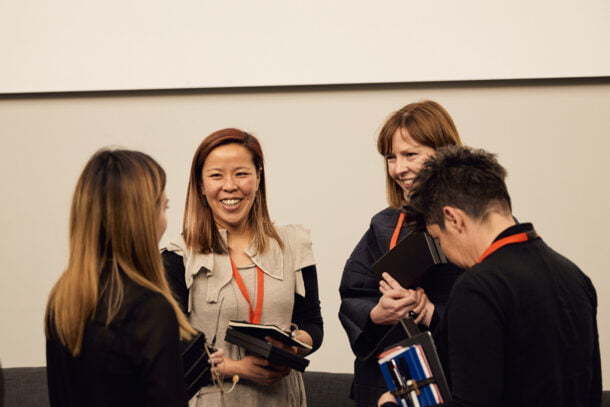 Architecture as a profession is stronger for the various roles that architects play away from the so-called norm of ‘traditional practice’. It takes influencers, decision makers, policy writers, project managers, contractors, as well as designers, to deliver great projects and, for that matter, great cities. In my experience, it is easier to win arguments concerning good architecture when there are multiple people around the table who have an interest in, or understanding of, design.

My greatest disappointment with the profession of architecture is that we currently alienate those who deviate from perceived practice norms. I have met many architectural graduates who are project managers or design managers, who don’t lay claim to their architectural heritage. This is, in my opinion, a total loss to the profession. These are our potential champions and advocates – people who are trained to think like us, who are also often in positions of influence or power.

Good design is not widely understood but is intrinsically appreciated once delivered. Imagine a world where every architectural graduate, registered or not, practising ‘traditionally’ or not, is an enabled advocate for architecture. With Melbourne set to overtake Sydney as Australia’s largest city by 2026, the City Design Studio has its work cut out for it and I hope to build as many allies and collaborators as I can to enable good design in a rapidly evolving and complicated context. I look forward to the challenge.

Jocelyn is passionate about creating high quality, sustainable and enduring civic environments. She has broad experience in the design, procurement and management of vibrant urban places. Jocelyn is a Nationally Elected Councillor at the Australian Institute of Architects (AIA), a member of the Office of the Victorian Government Architect’s (OVGA) Victorian Design Review Panel, Chair of the Australian Institute of Landscape Architects’ (AILA) Gender Equity Committee and Chair of the 2020 Victorian Landscape Architecture Awards.

Between 2012 and 2020, Jocelyn led campus masterplanning and design at Monash University, where she was charged with embedding a culture of curation and design. She co-authored the university’s first Public Art Masterplan, was a founding member of its Public Art Committee, managed its first Design Review Panel and Architect Selection Committee and contributed to AIA National Guidelines on procurement.

You can read more about Jocelyn’s work at @thecityarchitect.