PARLOUR: a space to speak – bringing together research, informed opinion and resources; generating debate and discussion; expanding the spaces for women in Australian architecture.
Flexible work

Flexibility: We’re doing it, why aren’t you?

The AIA Queensland Chapter’s Gender Equity Committee’s first event tackled the benefits and challenges of offering flexibility in the workplace. 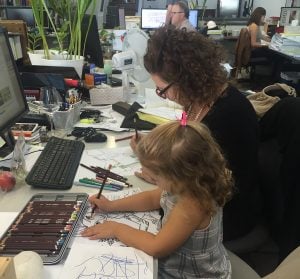 On 27 June, the AIA Queensland Chapter’s Gender Equity Committee (QGEC) ran our first event, ‘Flexibility: We’re doing it, why aren’t you?’ Intended as a live extension of the Parlour Guide 4: Flexibility, the event consisted of four directors of local architectural practices discussing the benefits and challenges that flexible working had afforded their firms. The following is a brief summary of some of the highlights and a supposition about where the conversation might go from here.

Moderator Bruce Wolfe set the tone for the evening by observing that during his time as a director at Conrad Gargett he’d observed a cultural shift amongst employees who increasingly upheld their ‘right to work and play’. This is certainly in opposition to the culture of internships where unpaid workers are supposed to be grateful for the opportunities for ‘work experience’. Ironically, in many of these instances, the experience received is not beneficial to either party as there is no economic impetus on the employer to mentor the employee to be efficient in practice. With an equal gender balance at the highest management level at Conrad Gargett, there is an acute awareness of the need to balance life and work.

In stark contrast to the design internship culture, Katerina Dracopoulos made the astute observation that as a director of Fulton Trotter they are not only in the “practice of making architecture, but also of making architects”. Katerina discussed some of the flexible work arrangements embraced by Fulton Trotter Architects, such as flexible working hours and locations for all staff, from students and parents to those nearing retirement. With a diverse group of staff in different life and career stages, it was important for Fulton Trotter to implement flexible work arrangements within the practice. One of the key points she stressed is that flexibility in the workplace is not just a women’s issue. Using a series of brief case studies from the practice, Katerina highlighted the personal commitment that Fulton Trotter’s directors take for developing staff at both a junior and middle management level.

However, it comes with challenges. Katerina also touched on the ‘trickle up’ effect of this on the senior staff, who at times stretched themselves personally to accommodate various flexible working arrangements for valued staff. This highlighted a serious issue that is not often discussed, namely the real impact on other team members who support flexible employees. In this instance, the impact was additional workload and travel to interstate offices. Katerina emphasised that flexible working arrangements have worked best when they have had buy-in from all levels – the leaders of the practice as well as the rest of the team and from partners and family members at home. While there are challenges and risks involved in offering workplace flexibility for Fulton Trotter, the various benefits have included the retention of experienced staff, mutual loyalty and stronger team relationships. 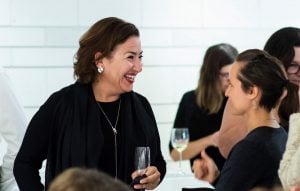 Melika Maunder co-founded COBiE Group with the agenda of providing maximum flexibility for herself, her co-director and employees. Interestingly, COBiE Group was coming from a position of extreme agility, where they previously had not had a premises and relied heavily on technology for collaboration and communication. they were in the process of now thoughtfully integrating more stability and structures (such as a tangible studio space) into their workplace model. For Melika, flexibility has been an antidote to burnout in the workplace. There were clear connections drawn between the cost of abortive work and fixing mistakes made by staff who were ‘trying too hard to be everything to everyone’. In return for the flexibility offered at COBiE Group, the directors expect flexibility in return, something that the Parlour guide also stipulates as a possible benefit. COBie Group encourages 100 per cent presence from the team when in the studio, noting that flexibility gives the team space to ensure their personal priorities are in order. While these stipulations are not suited to all employees, COBie Group highlighted the immense value in clearly articulating the expectations to ensure the arrangement is a win-win for employers and employees alike.

Glen Millar from BVN’s Brisbane studio (and a member of QGEC) used data to communicate the different ways in which men and women in the office were utilising flexible practices. Perhaps the most striking piece of data illustrating the equity challenges facing many practices was that of the staff working 40-hour weeks on flexible arrangements, 55 per cent were male. For staff working less than 40-hour weeks on flexible arrangements, however, only 5 per cent were male. The Parlour flexibility guide explicitly states that its aim is less to promote flexibility than to “overcome the often-unspoken career costs”. If part-time work is still considered an obstacle to career progression then (based on the BVN data) men are less impacted by this than women. Glen said that some of the biggest challenges they faced in offering flexible arrangements were there being an equivalent uptake by both men and women, and the additional work required from both the organisation and the person working flexibly to enable the arrangement to be successful and to maintain career development opportunities. As a director, his personal experiment in working flexibly had been unsuccessful as he was not able to balance time away from the studio with a need to be present in the workplace. One of the benefits of working flexibly for Glen had been his ability to work more effectively, in essence to be able to work uninterrupted at various times of the day outside normal business hours. The question is why are less men taking up part-time opportunities? Is it a reflection of cultural perceptions within architecture and broader society? Are they not being made aware of the benefits? 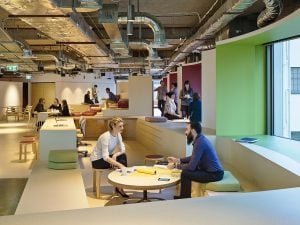 Rod Barr from BSPN Architecture (formerly Brand + Slater Architects) explained their tailored approach to addressing resourcing challenges. He was frank about the studio’s past culture of long working hours and how that had to be shifted with a workforce where 60 per cent were parents of young children. They had found that part-time work arrangements had not been successful due to lack of continuity, and job sharing had proved equally challenging. Rod surmised that their project portfolio in the $1–10 million category was the most difficult to resource due to the high level of ‘presence’ required of project architects engaged in this scale of work. BSPN worked hard to establish a new office culture of mutual trust and respect, and to review their fees to ensure that the studio was not relying on free overtime. However, they actively discourage working less than four days a week due to resourcing requirements. To cater for the parents in the office, they established an in-house daycare centre, which minimised commute times and time away from children while encouraging increased office presence. The BSPN example demonstrated how a practice’s specific resourcing and cultural challenges can be addressed through an open, flexible and innovative design mindset. 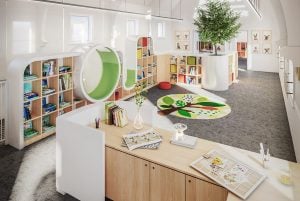 The BSPN daycare fitout proposed for their new studio space in Fortitude Valley.

The speakers were refreshingly frank and there was a positive atmosphere and high attendance, signalling an appetite for discussion on this topic. What became abundantly clear was that, as much as we would all like a ‘silver bullet’ for achieving more effective flexible working arrangements, every practice and individual have idiosyncratic requirements, which can only be addressed on a case by case basis. As with most aspects of equity in the profession, maintaining open lines of communication is paramount to achieving workplace flexibility. In addition, a creative mindset, being aware of our inbuilt cultural biases and explicitly outlining expectations can assist workplaces to establish arrangements that are most effective. However, as the industry transitions into a more equitable entity, we need to be aware that the most rewarding outcomes can sometimes be the most challenging to implement. For practical guidance on workplace flexibility, refer to Parlour Guide 4: Flexibility.

The Australian Institute of Architects Queensland Gender Equity Committee (QGEC) was established in early 2018 to promote and implement the Institute’s National Gender Equity Policy at a state level. It is chaired by Jessica O’Shea and members include sole practitioners and representatives from both small and large practices. The QGEC is always open to comments and feedback on how we can best support our profession to become more equitable, flexible, adaptable and progressive. Contact them at and follow on Instagram @q_gec, which aims to provide an accessible, streamlined resource for women seeking support and information. The Queensland Gender Equity Committee’s next event is planned for September 2018 and will expand on the topic of workplace flexibility by showcasing specific case studies from the perspective of the employees who are utilising them.