Between academia and industry

The challenges inherent in moving between industry and academia made me a stronger practitioner, says Anuradha Chatterjee. 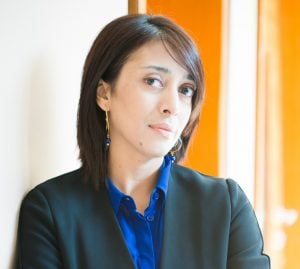 Some of you may have read the Letter to my Younger Self that I wrote for Parlour where I discussed the power of thought and making opportunities manifest by being ready to embrace them when they do in fact emerge. One of these was re-entering architectural practice, as Architectural Researcher and Senior Heritage Advisor at Cracknell and Lonergan Architects.

I have had a number of reactions to my joining the industry – “So, what do you do at work?” “Have you quit academia? That would be a loss” “Are you looking for academic jobs? Academic positions are coming up” “How is work?” and so on. No-one, however, has yet asked me what the challenges are and how I deal with them, and whether they are worth dealing with. While some colleagues in academia seem let down that I appear to have forsaken them, my new colleagues in the industry are delighted to have me here. More encouraging is the curiosity of early to mid-career academics (my generation, I suppose), who are genuinely curious, because one always wonders if there is another path after the PhD. However, to be clear, this is not Quit Lit. I am not disillusioned, or disappointed. I have not left academia. I have a thriving research track and do invited lectures from time to time, which is seen as a value-adding premise. And I am not leaving the industry. I have decided to do both, and I am going to try to do both to the best of my abilities. And I am not the first to do so. You just need to look closely at the profiles of people working across architecture, planning and heritage practices to see that this is already happening.

The fields of academia and industry are different, but one is not more real than the other and they both are forms of practice. I have found that there are five key challenges in simultaneously occupying both fields.

One of the first things I had to learn or re-learn is that collaboration is the key. The simulated team work of university students, or the collaboration of academics on research projects and joint papers, did not prepare me for what was to come. Of course, in the end, we do get performance managed for the jobs to which we are allocated. However, when someone is sick, or is called away, or is over-committed, or when a new deadline is declared, one has to step up and help out. This was a massive challenge to my ‘way of being’. As an academic, I spent a lot of time working on ‘my’ paper, ‘my’ book and ‘my’ lectures. I had a pretty glorified sense of self and that what I was working on was the most important project in the world. However, suddenly, the dynamics shift, and the project is everything, and we have to get the job done. Don’t get me wrong: It is fantastic! But it is not painless. No-one said collaboration was supposed to be a walk in the park. Don’t forget that academics get used to collaborating with people who are very similar to themselves in many ways (I am referring to institutional acculturation). Suddenly I was confronted by the reality of working with a diverse group of people, who do things differently. It was not better or worse, just different. However, is this not what diversity looks and feels like, that we do not think and act in exactly the same way?

As an academic I have spent hours, weeks, months and years teaching students and making them ‘learn’ things that I know intimately, and know how to do really well, and receiving satisfaction from the feedback that I was excellent in communicating my knowledge. However, I never contemplated the possibility that there were things in my discipline I did not know how to do. Because, as I said before, I had a pretty robust sense of self. This meant that I did not even conceive of the possibility of needing to work on something that I did not know how to do. Why would I do that? But then it happened. I was asked to complete a report and I was stumped. “But have you seen my book, which was just published by Routledge, and endorsed by many international luminaries,” I defensively thought! For academics, learning is self-paced, self-directed, often private (in our own time and space), and we are in the job because we are experts and we ‘know’, not because we don’t know. I had to really battle through the insecurity of not knowing, and the barrier that I was ‘too old’ to learn something new. It means that after all those years of preaching about being a lifelong learner, I really needed to start acting on those words now. It awakened me to a renewed sense of humility, for which I am grateful.

As an academic, I was used to looking after the needs of young adults, and it was very strange not to be needed in the same way. I say this without any shame that I love being needed, being acknowledged and thanked for the wonderful job that I have done, for the contribution I have made to someone’s life. It is good, it is moral. However, after having joined the industry, I felt that this was taken away from me. I wanted to go and teach someone, something, and anywhere. I just needed to be in a classroom, desperately. So where was I supposed to find the purpose and meaning behind what I do now? Because, without purpose, one cannot ascribe meaning or gain contentment from the work we do. Initially the work seemed to be feeding the bureaucratic machinery that needs to be fed for development approvals. However, I suppose, it is small wins like a client is happy with your work, when you too are happy with what you have done; or that more jobs are confirmed just when your deck seemed to be slowly clearing out; or, most importantly, you play a small but a definite important role in the continual reshaping of the city’s built environment. Smaller wins, at least for me, are giving me more room to focus on my needs, and my growth.

One of my colleagues at Griffith University, Kirsty Volz, asked “Is there an adjustment to the pace? From slow churning academia to outcome driven industry?” This is a relevant question but also interesting because I thought academia was already fast paced. Grades are due on the date they are due. Lectures have to be delivered on specific days and times. The outcome is me completing moderation and marks entry, and the students’ academic progression. However, Kirsty is right that the pace in industry is much faster, or that it seems faster to me. Everything is due, now. Not because we did not manage our schedules well. I did and still do have a schedule of jobs that I update every fortnight, until a new, more urgent job unsettles the schedule, and we adapt everything else to this. Adaptability is everything. As more jobs are confirmed, the work schedule gets modified, compressed. You cannot possibly turn people away, and say “sorry, but we have a schedule”. So, you say yes and you adapt, collaborate and get the job done without compromising the standard and integrity. Phrases like ‘thinking on your feet’ gain new currency, as this is what you constantly do. Learn fast and act fast. Make the right decision, but do it fast. 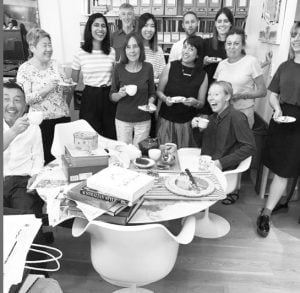 Don’t get me wrong. I work for the nicest people: Julie Cracknell and Peter Lonergan. We have a work life balance; our directors have a real sense of humour; we never do overtime; and we are treated to Friday lunches. Seems like a dream, so what is the problem? The ‘problem’ is that there is a difference in working in an institution and working at a firm. At the university, the idea of the employer is an abstract one. One is never certain if it is the head of school, the dean or the university at large. This ambiguity, combined with the ideal of autonomy, made me feel pretty invincible. I felt like my own boss, like I worked for myself, and for the benefit of students. However, universities are organisational structures, which have a distinctive social, economic and political structuring of power relationships. Because this structure remain elusive to us, we imagine or wish universities to be more democratic and less hierarchical (even though these concepts are not always interchangeable). In the industry, or at least in private practice, we interact directly with the people we work for. This can be daunting. And there are times when we do have to defer to the authority of the directors, because it is they who bear the financial and legal responsibility of the services being delivered. Learning to ‘work for’ an employer is a soft skill that definitely builds different emotional and behavioural muscles, which I lacked during my time at the university.

In closing, I would like to say that the experience of the industry cannot be simulated in a university setting: one just has to be in it to understand it. And I have only just started, again. There are many other aspects I am learning about, like the business of things; managing interpersonal relations in an open plan work space; and working with an inter-generational cohort of colleagues, which I am still figuring out. These experiences can only make one a strong practitioner (be it in academia or the industry). I have written this article for my friends and colleagues, who may be contemplating a parallel career in the industry, but above all, I have penned this to make sense of my own experience.

Acknowledgements: Julie Cracknell, Peter Lonergan, and everyone at Cracknell and Lonergan Architects; Kirsty Volz and Fiona Gray for encouraging me to write the article; and Parlour for its women in industry focus, which has given me the courage to be brave.

Anuradha (Anu) Chatterjee is an Indian-Australian architectural historian, academic, author and designer based in Sydney, Australia. Anu works as Senior Architectural Researcher and Heritage Advisor at Cracknell and Lonergan Architects. She received her PhD from UNSW and has taught in architecture schools in Australia, China and India in various roles over the past 16 years. She is also on the Editorial Advisory Board for Cambridge Scholars publishing, and her recent grants include two grants from the Paul Mellon Centre for Studies in British Art (Publication Grant 2016 and Research Support Grant 2013). Her third book, John Ruskin and the Fabric of Architecture (Routledge) was published in 2017.

Previous postWomen and Architecture Revisited Next postYes, we plan! 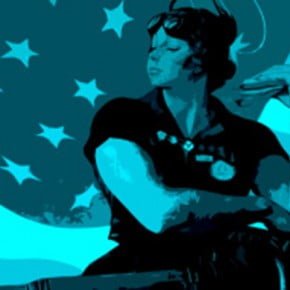 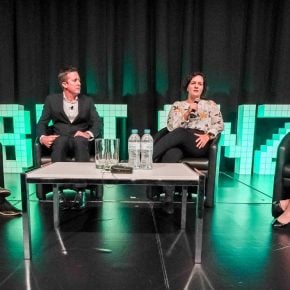 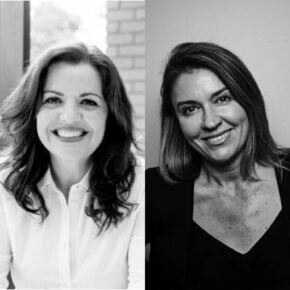 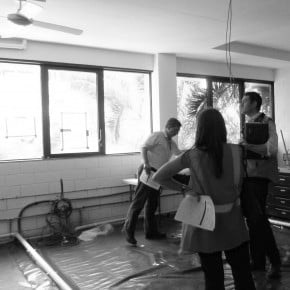