Watching the terrifying situation in Afghanistan, it can be hard to comprehend how we might help.  Afghan Australian architect Belqis Youssofzay provides a list of organisations working on the ground. We hope that the Parlour community can extend support to those in Afghanistan. 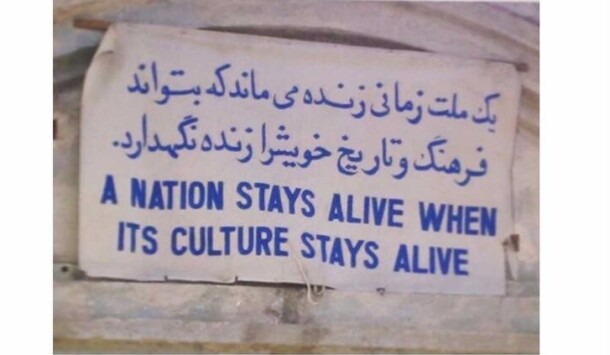 This handwritten banner was hung over the facade of Kabul Museum by a few of its remaining staff after decades of war had left the building destroyed and its artefacts looted. This was their final act of defiance towards the Taliban, whose rule between 1996 and 2001 had destroyed much of Afghanistan’s built and cultural heritage, famously culminating in the destruction of the historic Buddhas of Bamiyan with dynamite.

In the years since the fall of the Taliban, Afghans had resumed the restoration and recovery of their built heritage with help from UNESCO, the Agha Khan Foundation and many independent NGOs. The restoration of historic buildings and neighbourhoods, the exhibition and global touring of national artefacts, and the resumption of traditional crafts had instilled a stronger sense of cultural pride and identity within the Afghan community.

On 15 August, after 20 years of progress towards women’s education, city-building, cultural development and self-governance, Kabul fell into the hands of the Taliban once again.

Afghan people now await an uncertain future, and their cultural heritage a devastating fate. The world will wait and watch from afar – just as we watched our TV screens ablaze with footage of the exploding Buddhas of Bamiyan in 2001.

Australian Arts for Afghanistan has now launched a joint statement and call to action in solidarity with the people of Afghanistan.

For those wanting to help / support / donate below is a list of organisations doing work on the ground:

A nonprofit organisation working in Afghanistan to restore built heritage in Murad Khani and Bamiyan to revive the country’s historic craft traditions, and generate income for artisans. Currently providing much needed support to the local community and the artisans that will be affected.

Donate to the UNHCR Afghanistan campaign

The IRC has worked in Afghanistan providing shelter, education, clean water and health support. In the US, the IRC resettles Afghan refugees with housing, employment and health care.

UNICEF’s Afghanistan Appeal is focussed on supporting children in Afghanistan.

Women for Women is described as a “global community that invests in women survivors of war and conflict, providing them with social and economic skills to transform their own lives. Women pass their knowledge to those around them, creating a more just world—a world where every woman’s voice, role, and contribution are visible and valued.” The organisation has an emergency appeal to support the women of Afghanistan.

Previous postWelcome to the Parlour Reading Room! Next postHard work 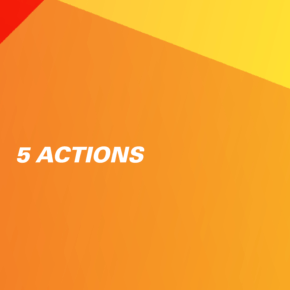 Actions in solidarity with Afghanistan10 September 2021 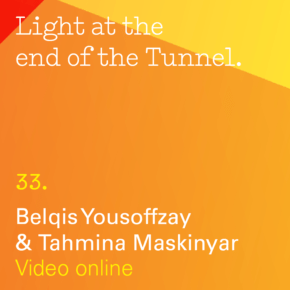 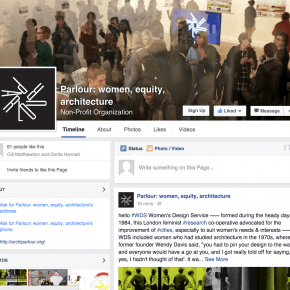 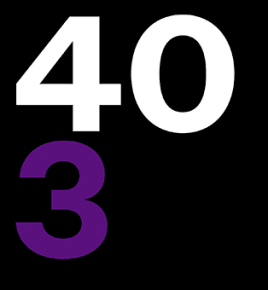