What is a career?

Stepping off the traditional career path has made space for new opportunities and broadened the meaning of professional success for Christina Bozsan.

I begin this reflection with some sense of dread. Not because I don’t have some wisdom to impart to my younger self, but because I am wise enough to know that the current me already requires the future me to reveal the next round of lessons. As it is, we will all have to painfully await that sequel, which I might term a letter to my ‘slightly older younger self’.

Perhaps this dread, as the admission of needing hindsight, is a timely reminder of the importance of this forum and of the resources presented through Parlour. That the Parlour community is a place to seek out a collective wisdom around what a career within the architecture discipline may entail and is entailing. This is not to make light of the systemic issues of inequality within the profession, nor imply that these can be overcome by the resourcefulness of individuals. Tackling inequality requires a multipronged approach with various scales of intervention. However, these shared stories can hopefully provide agency and inform future career direction. Importantly, the successes are ultimately not about making us more comfortable but about becoming a better society overall.

Talent and hard work isn’t enough. You have to be vocal!

I cringe as I state this, but we (younger me and now me) are from the kind of family who preached “work hard and there will be rewards”. An adage perhaps effective in the classroom, where knowledge could be tested and results recorded. This approach implied that you could be humble and that the work would speak for itself. This, in hindsight, was probably not the right strategy for the workplace of the 2010s.

To clarify, this isn’t to say that hard work is not required. It is. Or that people won’t sing your praises. They will. It’s more an admission that very rarely will an employer know the full extent of your efforts and talents, and in all ways they are the gatekeepers to some of your future experiences. It isn’t because they are neglectful. They’re not. They’re preoccupied with running a business and maintaining its future. They also do not have in place a procedure to address this, which is a topic for another time.

So, at that time you might have benefited from being more vocal.

Being vocal is not about making demands. It’s about starting a longer-term conversation that aims to illuminate for all parties their expectations from and towards one another. Whatever you do, don’t wait to vocalise when you’re at breaking point. Start the conversation earlier. Seek out the counsel of someone who is good at being vocal. It’s the same as you would do in any design process. Seek advice.

Be aware of the sacrifices

There is an attitude you have held – probably a carryover from university, which is reinforced within the cultures of particular offices – that the project need not only be a success but that it obtain a new level of triumph (be it within innovation, originality or some kind of mastery).

What this entails, especially as you are at the beginning of your career and in the process of building new skills, is overtime (both paid and unpaid). Sometimes it might just be adding a few hours to the beginning and end of your days. At other times, it’s working late and coming in on weekends.

This is further fuelled by a personal desire to produce great work and to earn the respect of your peers. While there is a sense of personal satisfaction when the project is a success, this is often not measured against what has been sacrificed in the process to achieve this. Things like exercise, socialising with friends and family, seeing films etc; all things that make you a better human being and, ironically, a better designer. Being chained to the computer and not engaging with the real world puts a dint in your personal relationships and in your inspiration.

So, let’s debunk the myth right now that great design can only come at the expense of sacrificed personal time. It doesn’t have to. Or at the very least, let’s acknowledge what is being sacrificed in the process, measure this, and weight it over the long term.

These choices can be complex, especially when the pressure is external (perceived or real). Beware of being typecast as the capable employee who works well within high pressure projects and/or competitions. People will assume it takes less of a toll on you than it does on others. It comes back to the first point. Be vocal. Through having discussions with your employer, you can build up an understanding of where you work, how your workplace considers its responsibilities to you and ultimately whether this environment is what you deem as reasonable or respectful towards you.

Seek out transparency and know when you are being evaded.

You will find that progression in an architectural practice can be a mystery. Unfortunately, it’s common to have a lack of transparency around the systems of promotion, with no outlining of required milestones and timeframes, and a lack of open discussion around the direction of the practice and what future skills may need to be developed. Added to this is the culture of the voluntary review process. All of these become problematic down the track.

The absence of transparent criteria can have many pitfalls for those of us not aptly trained in career negotiation. It removes some of the conviction we may have in promoting our capabilities when we don’t know exactly what is being measured. Seek out advice as to how you might do this better.

It is, of course, not commercially viable to give promotion to everyone meritorious of it. But it’s important that the process of deciding who is promoted has elements of transparency. The degree of openness reveals a lot about a practice and ultimately how it wants to interact with its staff. Promotion also shouldn’t and can’t be the only avenue of development within a practice. It can mean a change in the type, role or areas within which you work that contribute to your enjoyment of a place and understanding of the broader picture of the industry.

Career pathways become ever more elusive if there are no women in design positions higher then yourself. Look for female role models when considering job prospects.

So younger me, be discerning. When you’re facing a job opportunity, consider whether you understand how promotion is assessed, and at what intervals it is considered. Is there a dominant leadership style? Look around – are there women you aspire to follow in terms of role or seniority? Have you asked explicit questions and received elusive answers? Well then, it might be important to keep looking.

Help advance the careers of others.

You need to build the world that you want to inhabit, so be a supporter of others. Don’t just look below. Look above and beside.

This can mean just having an awareness of some of the peripheral issues that may impact someone’s performance, like a lack of knowledge around the broader context or never having encountered the issue before. It takes an investment in time to talk through these scenarios but it builds all of our understandings. This is important when experiences are so varied within offices and when our exposure to these determines our progression.

It’s hard to do when you are under a lot of pressure, but essential. Sharing stories empowers all of us, builds a better community and produces better work.

As a graduate within offices, asking the right questions was important but difficult when met with the real world time pressures of colleagues and their responsibilities towards their own work. Perhaps there was also an attitude that “time” was going to be the teacher. Maybe we all need to reconsider the responsibilities within our roles to include our contribution to the knowledge of others.

What is a career?

Architecture is a long game. It can take a couple of years before you even see the completion of your first project. Your knowledge builds across the projects, and how this knowledge accumulates is also dependent on the hurdles you encounter through the process. So, be patient. Enjoy it.

When I started my own practice (statistically destined to fail), I stepped off a known path of what I had assumed was career satisfaction through sequential promotion. Starting my own business has been an absolute privilege and one which I could not have entered into without the financial support of my partner. It has made me re-evaluate what I see as a career. This is due to the big wins, equally large falls and the general non-linear experiences of running my practice. I now celebrate much smaller successes and have increased their definition. Professional success encompasses things like supporting a healthy lifestyle, good relationships, being able to teach and giving space to critical thinking.

I know that my current definition of success will change over time and I’m looking forward to whatever that is. I am grateful to the profession, the quality of the education I received through it, and how I have come to appreciate the world through its different lens. 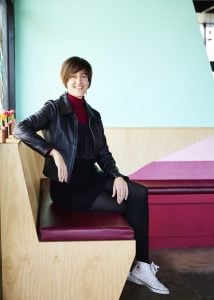 Christina Bozsan is the director and founder of BOARCH, a multidisciplinary design practice. The work is undertaken in the belief that good design creates places of enduring value. Along with her practice, Christina teaches at both the Melbourne School of Design at the University of Melbourne and at RMIT, mentoring the next generation of designers and keeping research an integral part of her practice. Christina is also a dance enthusiast (prefers enthusiast to amateur), and will be lucky enough to perform on the Forum stage in fabulous company this December, a non-professional dance career milestone. 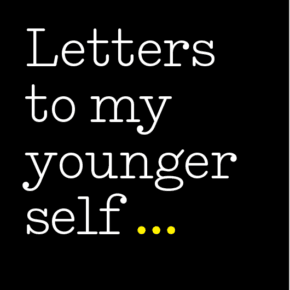 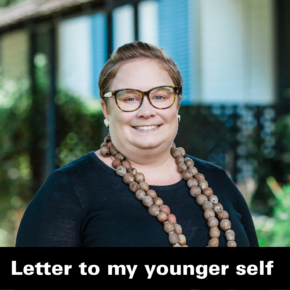 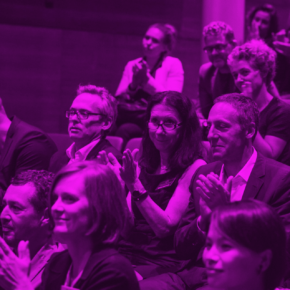 What is career sponsorship and why does it matter?9 October 2022 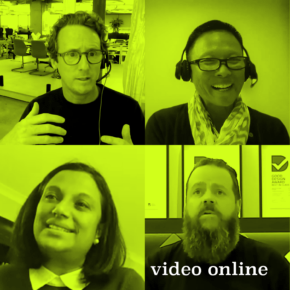