Opting out of architecture

American statistics on women’s participation in architecture are very similar to those in Australia. Carla Corroto’s recent interviews with American women who have left the profession challenge some of the assumptions about how to increase participation. Here she presents an overview of her preliminary findings. 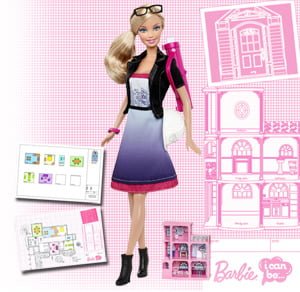 I am a sociologist investigating why women do not persist in the profession of architecture. In the United States, women earn architecture degrees at roughly the same rate as men, but many eventually opt-out of practice. Today, only 20% of practising architects are women. In terms of inclusion, architecture is lagging behind other US professions such as law (42% women) and medicine (39% women).

In response to the disparity, the American Institute of Architects (AIA) is determined to increase the number of women in architecture’s ‘pipeline’. They are encouraging girls to take up science, technology, engineering and math (STEM) – together with art classes – while in grade (primary) school. The AIA also helped wage a campaign to convince a corporate toy maker to produce Architect Barbie, an edition of their fashion doll intended to represent a rather stylish professional accessorised with high heels and blueprints. Apparently they believe girls who are not enticed by STEM and art classes will find playing with the voluptuous Architect Barbie an enticement to the profession. The AIA’s response to this lacuna is the ideological position that, eventually, many women choose family over architecture’s time-intensive demands. This means that increasing the number of women practising architecture depends upon attracting a greater number of women to the profession.

Women exiting architecture and the AIA’s response is playing out in an interesting social and economic context in the United States. Some journalists have called the phenomena where high-achieving women return home to raise families a ‘post-feminist response’. Others suggest that women today are ‘new-traditionalists’ who embrace stereotypical gender expectations as mothers and wives, and that their careers leave them unfulfilled.

My qualitative research on women in and then out of architecture addresses these issues. I am looking at why architecture has remained homogenous and if recent policies, practices, and initiatives intended to encourage inclusion are effective.

To date, I have conducted interviews with more than 50 women who earned professional degrees in the United States, practised architecture, and then opted-out. Several patterns emerged from their responses to the following questions:

The first important finding is that the women I spoke with did not exit architecture to become full-time homemakers. Those who left the field immediately entered another career path. They went back to college and earned additional degrees in engineering, health policy, law, nursing, midwifery, or teaching, to name a few. Several ran for political office (and won). Many opened small retail businesses focused on arts and crafts. Others founded marketing, advertising, and financial consulting firms.

This is in contrast to the trend identified by some journalists, which sees women opting-out of other elite careers for home.

Though their reasons for leaving architecture varied, most respondents expressed disillusionment. They did not  leave architecture for lack of success or passion for design – they liked the work – they left because they didn’t like the job or culture of architecture. Most said they felt pushed out. They spoke unanimously when offering suggestions about the importance of changing the professional culture, and no one believed an Architect Barbie would help.