What do the recent AR Women in Architecture surveys really mean? Gill Matthewson digs into the stats and finds that some of the drama evaporates on close inspection. 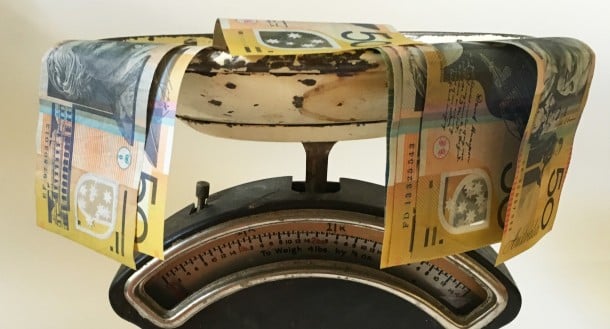 The results of the latest annual Women in Architecture survey, initially conducted by the Architects Journal and now The Architectural Review, have yielded a headline declaring “Disbelief as gender pay gap widens at top level of practices.” In this year’s results the recorded gap has increased by nearly 50% from that for the previous year and the article registers the shock that this could be happening in the twenty-first century. My disbelief is that anyone thinks that the surveys are accurately measuring the salaries of those in the profession.

Let me be clear: I think the Women in Architecture program is fantastic. The awards system they have set up is brilliant for many reasons, including those outlined by Karen Burns. The surveys have been excellent as a ‘Sit up, people, there’s a problem here’ awareness campaign. But.

I have spent quite a bit of time in the last few years trying to establish some kind of accurate estimation of the size and shape of the Australian architecture profession. It took a long time because it is complicated, very complicated. I have also learned not to trust any statistic unless I can see how it has been generated. The stated aim of the AR/AJ surveys is “to track perceptions of equality, salary and flexible working.” The word ‘perceptions’ is key here. The survey is not a targeted survey eliciting responses from a representative range of architects, it is more of the loose ‘see who answers’ kind. Such surveys are excellent at snapshotting perceptions but the survey sampling method means that year-to-year comparisons are seriously unsound. The most you can say is that the particular group of respondents who answered this year’s survey reports a bigger gap than the particular group who responded last year.

Let’s have a look at the group this year. The AJ article states that more than 1,400 people responded around the world: 1,152 women and so approximately 300 men. Only 68% of respondents live in the UK, which is where this alleged large increase in pay discrepancy is recorded. According to the UK Architects Registration Board, at the end of 2014 there were nearly 9,000 registered women architects and over 26,000 men. And that’s not including the legions of unregistered people working in the profession, which I estimate adds another 50% to the numbers. So that’s well over 50,000 people, of whom less than 1,000 replied to the survey. Yes, there are pay gaps, and they matter greatly, but this series of surveys does not get us any closer to understanding their extent.

Statistics are really important because as they are able to depict trends that might only be visible when you add everything up. They are also the most convincing tool available to those advocating for gender (and other) diversity in the profession. But they need to be available in as detailed, sophisticated and accurate a form as possible. The WIA survey year-to-year comparison statistics do not meet this criteria and their use diminishes the importance of the collation of perceptions in the surveys.

It is these kind of scare statistics that helped generate the recent Gender Agenda debate in London (they called it “the irresponsible propagation of flawed statistics”). Pete Maxwell asked at the end of his blog review of this debate: “do we want to convince a generation of young women practitioners that they cannot succeed without a leg up?”

Women do not need a leg up, they need the drag on their ankles of negative gender bias and discrimination to be removed, so they are as free to move as men are. It is as simple as that. But also as complicated as that, because such bias is deeply embedded in every aspect of our social lives and society. Dismantling that is a long hard road and misrepresenting the situation does not help.

PS: The reporting on the surveys also note that one in five women would not encourage a woman to start a career in architecture. I suspect one in five men would offer similar advice to other men. The profession is facing numerous problems – gender inequality is both a symptom and an indication of these larger issues.