The National Committee for Gender Equity is engaged in a program of investigating the real-life impact of the issues represented by Parlour’s Guides to Equitable Practice. In this piece, Michael Gay reflects on the importance of fair and equitable recruitment. 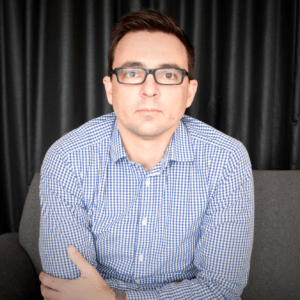 How do you do your interview? Do you prepare? Do you polish your ‘self-inflation’ skills? Do you update a CV and portfolio? Probably.

What if none of that mattered? What if statistics suggested you weren’t going to be hired on account of bias? What if you were seen as a potential liability because you have a family? You’d probably be pretty upset, then frustrated and then angry. Substantial research suggests that women face this every time they sit down to a job interview.

Managers of both sexes are twice as likely to hire a man over a woman despite equal skill sets. Parlour’s fifth guide to equitable practice, Recruitment, provides advice on fair and equitable recruitment strategies and processes. There are obviously two sides to the table and things that both parties can do better. In reality, though, neither party is usually conscious of the scenario playing out.

I’m an employer. I’ve been an employee. I’m male and have usually been interviewed by other males. So what opinions do I have on the status of gender bias in architectural recruitment? I’ll attempt to explain.

My life has changed completely since having my twin sleep thieves. 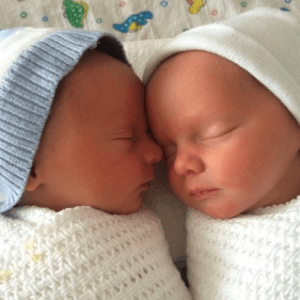 The first three months were a productivity write-off. If I wasn’t self-employed, I’m sure I would have lost my job. Luckily, I have a very understanding business partner.
Twenty-two months on, I’m still not back in the office on regular full-time hours. With my wife working three days and me four days, we manage the situation fairly well with the help of some ‘bubba’ (grandmother) days. Most of the other hours are at night after kids have gone to sleep… (Sunday night as I write). Melatonin usually gets the better of me though. Through this time, I have often thought what it would be like if I had to get a position in someone else’s practice? 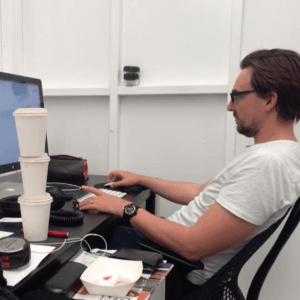 The search for flexibility

First of all, how many architectural practices are there looking for part-time employees? Only a few, despite the benefits.

Ok, so let’s try a full-time position and negotiate some flexibility.

“I need four days a week with the day off on Wednesday and a laptop so I can work the other day on the weekend or at night. I need to leave at 5pm on the dot and I can’t do overtime without at least a week’s notice.”

As a recovering long-time subscriber to architecture’s long-hours culture, I know true flexibility is frowned upon and I know you are often seen as uncommitted if life comes before practice. I’d be very reluctant to even raise the topic at an interview, knowing full well that there is probably someone else willing to do whatever it takes to get the job and do the job. Next plan is to not mention anything.

Despite being fully capable of doing the work, it’s hard to sit there and say, “I’m going to bust a gut and prioritise the company above all else”. Because I know that’s not reality.

Instead, maybe I’ll turn the volume down, adjust the tone and go for a more modest approach. ‘Under-sell and over-deliver’. Rest assured though, there will be someone over-selling – and likely under-delivering. Who is the average manager going to employ?

Bias in recruitment impacts severely on women and particularly those with family commitments. Some of it is unconscious, but there are still conscious steps that can be made to minimise its impact. This isn’t just about gender balance; it’s also about achieving a more diverse and interesting range of people within one organisation. If like hires like, hires like… you end up with zero diversity and a group think scenario that will flow on to client types, business structures and ultimately the success or failure of the company.

Diversity can be scary for an employer though, particularly a small one. Bravery is required to invest time and money in people and scenarios that aren’t within a practice’s current consideration of ‘cultural fit’. There needs to be considered thought when searching, shortlisting and interviewing candidates, and then again when starting employment. Understanding the Fair Work Act, Architects Award and anti-discrimination laws are also critical to making sure the process is as fair and equitable as it can be. Where possible, both men and women should be involved in all stages of the recruitment process to mitigate gender bias and provide a balance to the tone of adverts, interviews and negotiation.

With these things in place, a good employer is able to widen their search net, interview without bias, and hopefully recruit a good employee. In turn, a prospective employee can be open and honest about their commitment to architecture, work and life.