The prevalence of unpaid overtime has serious hidden costs for our profession. Clinton Cole calls for a more transparent remuneration system that includes rigorously enforced paid overtime (as required by the Architects Award). 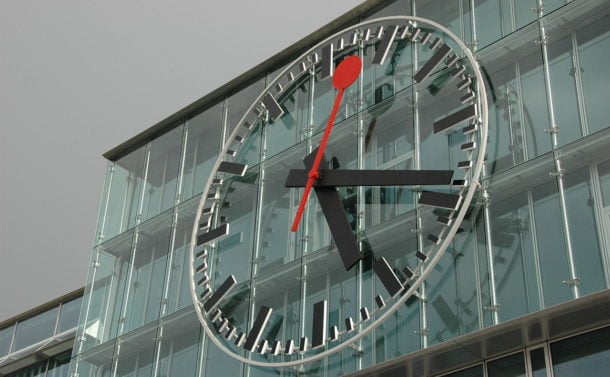 I recently received an invitation to participate in a survey gauging current industry salary rates. For business owners and employers, information on market salaries can be difficult to come by, so an industry survey could be very useful. However, I have concerns about making assessments of remuneration based on salary only. Salary is often seen as the ‘be all and end all’ when comparing remuneration, but this fails to fully account for how salary packages compare once overtime and benefits are included.

I also recently interviewed an experienced registered architect who advised his current salary was $130,000 per annum. He then clarified that his average working week involved 60 hours of work and that he was not paid overtime or given time-in-lieu. Under Part 13 of the Architects Award, overtime should be paid at 1.5 times the employee’s base rate or taken as time-in-lieu (although the recent Award review indicates there is some confusion on whether this is taken at a 1-to-1 or 1-to-1.5 ratio). For the interviewee, once overtime pay was factored in, his base salary fell to $69,577.47 + overtime – a stark difference! Yet which of these numbers would be reported in a salary survey? I suspect the higher figure.

Our profession is characterised by rampant non-payment of overtime and the hugely entrenched cultural tendency to perform long hours. This has two major costs for the profession – it places firms that pay for overtime a competitive disadvantage, and it works against diversity in the workplace.

I believe that firms paying overtime (as required by the Architects Award) are at a competitive disadvantage in bidding for work at realistic fee levels. Architectural firms are not only competing on fees with other practices, but are also, in fact, competing on the basis of how much unpaid overtime they can elicit from their staff. That is, unpaid staff overtime is subsidising many practices and therefore many projects. Adding further insult, many staff members may be charged out on an hourly basis in excess of 38 hours a week, yet they are paid only on the basis of a 38-hour week. This muddies salary reporting in the architectural industry and undermines the financial viability of the industry more broadly.

Unpaid overtime has a second, hidden cost – workplace diversity. A work culture where unpaid overtime is normalised is one that is very likely to unconsciously penalise those with ‘visible caring responsibilities’ or, less euphemistically, mothers with young children. Although it can sometimes feel otherwise, the work to be done on any given project is finite. Project hours have to come from somewhere and, at present, too many of them are coming from unpaid overtime. Converting unpaid overtime into paid overtime could indirectly create meaningful part-time employment opportunities, as the viability of part-time work compared to appropriately remunerated overtime may change in some cases. At present, the ability to wring more unpaid hours from a single staff member is generally financially preferable to employing someone part-time.

Interestingly, from the work of Parlour and the analysis of the Australian census data by researcher Gill Matthewson, we know that men in architecture are overrepresented at higher pay brackets at all levels and also overrepresented in long work hours. While I can’t refine the data to a direct hours-to-income relationship (and indeed the ABS has advised that such data would be unreliable), it seems plausible that there is a correlation between long hours and higher pay. It’s also likely that a proportion of the men working long hours and earning higher income are sole practitioners and directors, since we know men are disproportionately represented in that cohort also. Moving to a rigorously enforced ‘salary plus paid overtime model’ would make identifying and rectifying any remuneration gap between genders easier. The additional transparency such a model provides may partially address the gender gap that is otherwise inexplicable. Of course, such a move would not address the wider cultural issues around who is able to work longer hours and who takes on unpaid responsibilities outside the workplace, but it would at the very least mean that women who elect to work long hours would be paid on the same basis as their male peers.

Clinton Cole is the founder and director of CplusC Architectural Workshop, an architectural practice based in Sydney. A registered Architect, licensed Builder and accredited Construction Supervisor, Clinton has more than twenty years of experience in the architecture and building industry. Having worked on-site in the early part of his career, Clinton firmly believes that an hour’s work should earn an hour’s pay and that a diverse society should be designed and built by a diverse workforce. CplusC reflects these beliefs in its business operations.

This article was written with assistance from Neph Wake.