‘Master bedroom’, are you kidding me? Anthony Martin reminds his colleagues that certain phrases have no role in contemporary architecture. 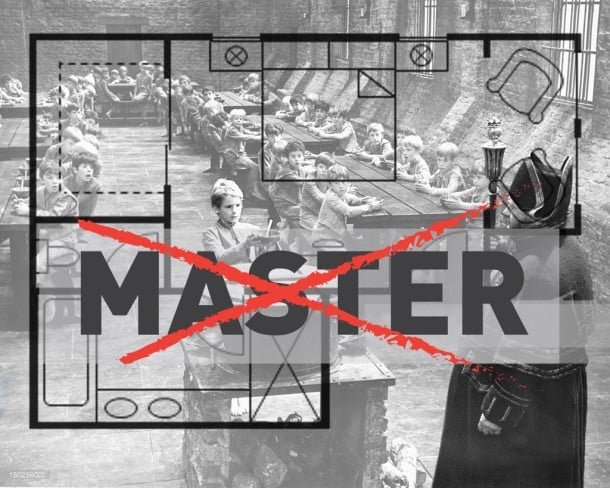 I really love a good musical, watch-them-over-and-over-while-singing-out-loud love them. My kids refuse to watch them with me anymore. My absolute favourite would have to be the 1968 version of Oliver. So many very memorable scenes – Harry Secombe trudging through the snow trying to sell Oliver for seven guineas “that or therebouts”, the kindly Mr Brownlow, master of a wealthy household, who takes Oliver in, or the darkly unforgettable scene of kindly Nancy perishing at the hands of evil Bill Sikes. There’s nothing like a combination of catchy show tunes and Charles Dickens’ London.

Thankfully selling kids or using them for cheap labour and violence of any sort against women is not tolerated or acceptable in today’s society, musical or otherwise. However, the quite Dickensian idea of a ‘master of the house’ would appear to be alive and well in the world of architecture. The master of the house has his own bedroom and ensuite, his domain is clearly delineated and noted on architectural plans by far too many of our colleagues.

The use of ‘master’ in a domestic setting is not only sexist – for reasons so obvious that I am not even going in to them here – but also inherently racist. The term also has a direct lineage to slave owners in pre-civil war America. ‘Uncle Tom’s Cabin’ the musical anyone?

Perhaps the apparent increasing usage of master bedroom, suite and ensuite is related to the burgeoning size of Australian homes. Do the largest houses in the world require the use of such inappropriate room tags to describe their parent retreats, media rooms, butler pantries and master rooms?

Whatever the reason for the unfortunate ongoing adaption and usage there is no place for the use of the word ‘master’ on architectural plans, period. So, unless you are designing a plantation in the first half of the nineteenth century or maybe you are Mr Trump’s personal architect, we have to stop using the word ‘master’ and enlighten others around us.

Previous postAn open letter to members of the Australian Institute of Architects Next postVale Zaha Hadid, 1950–2016