Michael Smith interviews David Parken in the fourth of his Leading Towards Gender Equity series. 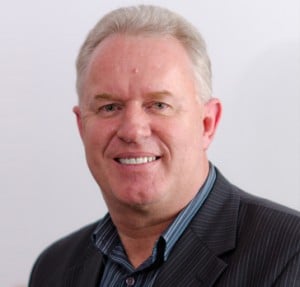 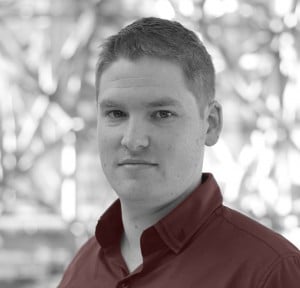 Parlour is very pleased to co-publish these interviews, which first appeared on Michael’s excellent blog, The Red and Black Architect.

Leading Towards Gender Equity is a four-part series of interviews with some of the most widely regarded leaders of the architectural profession in Australia. The focus is on leadership, creating positive change within architecture and addressing the various issues surrounding gender equity.

David was the National President of the Institute in 2003–2004 and was made chief executive officer in November 2004. Prior to these leadership roles David was a practicing architect for 23 years.

Red +Black Architect How important is this issue to you as a leader of the Architecture profession?

David Parken I believe this is a very important issue. When I served on National Council I supported the late Paula Whitman’s work which resulted in the 2005 report ‘Going Places: The Career Progression of Women in the Architecture Profession’. As CEO I have been supportive of the Institute’s participation in the Australian Research Council Linkage Project Equity and diversity in the Australian Architecture profession: women, work and leadership (2011–14).

R+BA In terms of workplace diversity, what sort of spread of gender balance does the Institute have currently across its various levels of seniority?

DP The majority of our staff are female, with approximately half of all management positions held by women. The Institute recognises the importance of talent management, recruitment and succession strategies to ensure that we have the right workforce for the future. We take our commitment to being an equal opportunity employer very seriously as a key factor underpinning these strategies.

R+BA What do you see as the greatest opportunity or benefit to come from this gender equity agenda?

DP A focus for the profession to bring about meaningful change leading to more women involved with, and leading in practice which will more closely reflect the diversity of the community

R+BA The Parlour project seems to be having an impact nationally and even internationally, what feedback have you been getting?

DP A number of members have approached me to express their positive reaction to the work that has been undertaken. The American Institute of Architects’ President, Helene Combs Dreiling attended the Institute’s national conference and participated in a panel discussion on Parlour’s work. Helene spoke to me about how impressed she was that the topic had been given a dedicated panel session – reflecting the importance of the issue.

R+BA Should we be looking at revising the Institute election processes such that there a minimum numbers of men and women on the national and state
councils?

I am encouraged by the current Victorian Chapter Council where half of the
positions are held by women.

R+BA What measure of success should we be using to assess our progress towards gender equity?

DP The ARC linkage project research and recent surveys of architects has provided a good benchmark with which to be able to continue to measure progress. In line with the National Committee on Gender Equity’s terms of reference, I am looking forward to seeing their recommendations to National Council on the best way to determine key indicators to measure progress in the implementation of the gender equity policy.

R+BA How long do you think it will be before we achieve this goal in the Australian architecture profession?

DP It is difficult to predict, however I am heartened by the concerted efforts and positive response from the profession.

R+BA What role do you see men having in the ongoing drive to achieve gender equity?

DP Encouragement of women, and I’d like to see more men mentoring their peers and colleagues in the pursuit of more equitable outcomes.

R+BA What do you think about the ARC grant and Parlour project as a model for change? Could a similar process be used for tackling other issues or addressing equity in other industries?

R+BA What do you think about the institute facilitating an ethical employment scheme? The idea of this scheme would be to publicly acknowledge ethical employers who agreeing to sign statutory declarations which enforced their adherence to a higher ethical standard. Is this a good idea and could it work?

DP The Institute has a Code of Professional Conduct that requires its members to commit themselves to upholding commonly agreed values of, amongst other things, ethical behaviour and equality of opportunity and I strongly support these values as they are outlined. Under the Code, members must not discriminate on grounds of race, religion, disability, marital status, or gender.

R+BA What advice would you give to a young and enthusiastic female Architecture graduate, who is about to enter the workforce?

DP I would say that now is a great time to enter the profession because change is happening everywhere and there are exciting opportunities for your future.

R+BA Thanks for your time

At the highest levels of the Australian Institute of Architects, from the CEO and three National Presidents, Gender Equity is considered a very important issue. It is about our professions core principles of equality and fairness. It is about how we practice ethically and about how we best serve our diverse community.

The architecture profession is rapidly changing. It is my belief that, based upon the actions of the Institute and the work of Parlour, the days when women are forced out of the profession through stone age thinking are coming to an end. If you are in the architecture profession and you still think that it is ok to subtly discriminate against women or those with family duties, then it is time to face the facts. Educate yourself, review your practices or get out.