Are you designing places that exclude women and gender-diverse people? Being a designer that is sensitive to gender is vital, writes XYX Lab Founding Director Nicole Kalms. 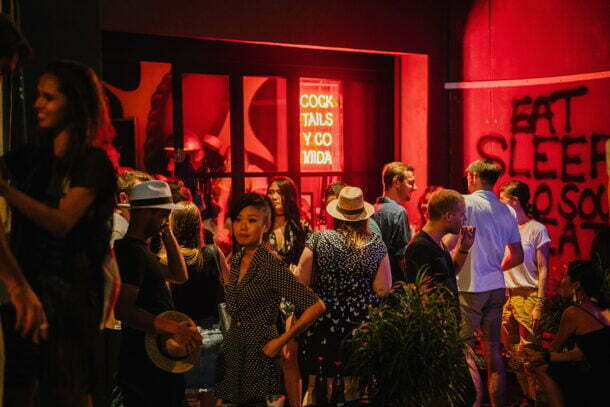 In a recent article published by The Guardian, women share stories of their fear and trepidation about walking alone at night following the kidnapping, rape and murder of London woman Sarah Everard. Each woman’s insight conveys the impact of male violence against women and how it shapes their experience of urban life.

I am always frightened walking alone at night”

“I always walk with my keys in my hand”

“Walking alone at night, even in a relatively busy city centre, is something I would try never to do”

“Being alone in a public space at night can be terrifying…”

Responses like these confirm that cities are not gender neutral and are shaped by a tolerance for sexual harassment and violence against women in public space. Incidents and events are minimised and ignored by people in positions of authority, forcing women to modify their behaviour, adjust their interactions and carry the burden of managing sexual harassment and worse.

The internalisation of the problem means that its extent is undocumented and unacknowledged, making this a challenging issue when designing public spaces that can reduce vulnerability and fear. Additional complexities arise with the intersection of race, ethnicity, age and ability – all of which increase risk – with some women more at risk than others.

This context provides a straightforward answer to a question often presented to the Monash University XYX Lab: “Why should cities be gender-sensitive?”

The position of the Monash University XYX Lab is that better cities for women create better cities and communities for everyone. It is inarguable that cities have historically been planned and designed by men with men’s needs and experiences at the forefront of urban development. It is also inarguable that this excludes some people from participating and feeling included in public life, with women and girls as well as gender-diverse and LGBTIQ+ people adversely impacted.

By recognising that communities are diverse and that gender, sexuality, cultural background, socioeconomic status, disability and age, create challenges as well as opportunities for design, stakeholders can transform cities into places that people feel they have the right to inhabit fulsomely and to participate in public life.

XYX Lab offers some useful examples of projects that centre the voices and needs of women, girls and gender-diverse people. YourGround spotlights recreational spaces by crowd-mapping gendered experiences and documenting the perceived safety of specific locations across local government areas. HyperSext City looks at how we might amplify and make gender data more visible, and the collaborative TramLab Toolkits provide an action plan for improving the safety of women and girls on public transport.

Much of the task at hand is to unpick the presumptions that exist around gender and sexuality and to understand the influence of gender in our organisations, decision making, and priorities for the built environment. In this sense, each part of the placemaking process from procurement to post-occupancy evaluation requires examination and interrogation.

Being a designer that is sensitive to gender is vital.

The next six-week micro-credential starts 11 July. Individuals, small and large teams are encouraged to enrol by 8 July 2022.

Dr Nicole Kalms is an Associate Professor in the Department of Design at Monash University. Her research centres on contemporary urbanism and gender. Nicole is the founding Director of MADA’s XYX Lab [Gender & Place] and is committed to understanding the ways that gender contributes to shaping behaviour in Australian cities.