What makes a good leader? Sandra Kaji-O’Grady points to the problems caused by poor leadership and the tendency for bias against women in many preferred leadership styles. 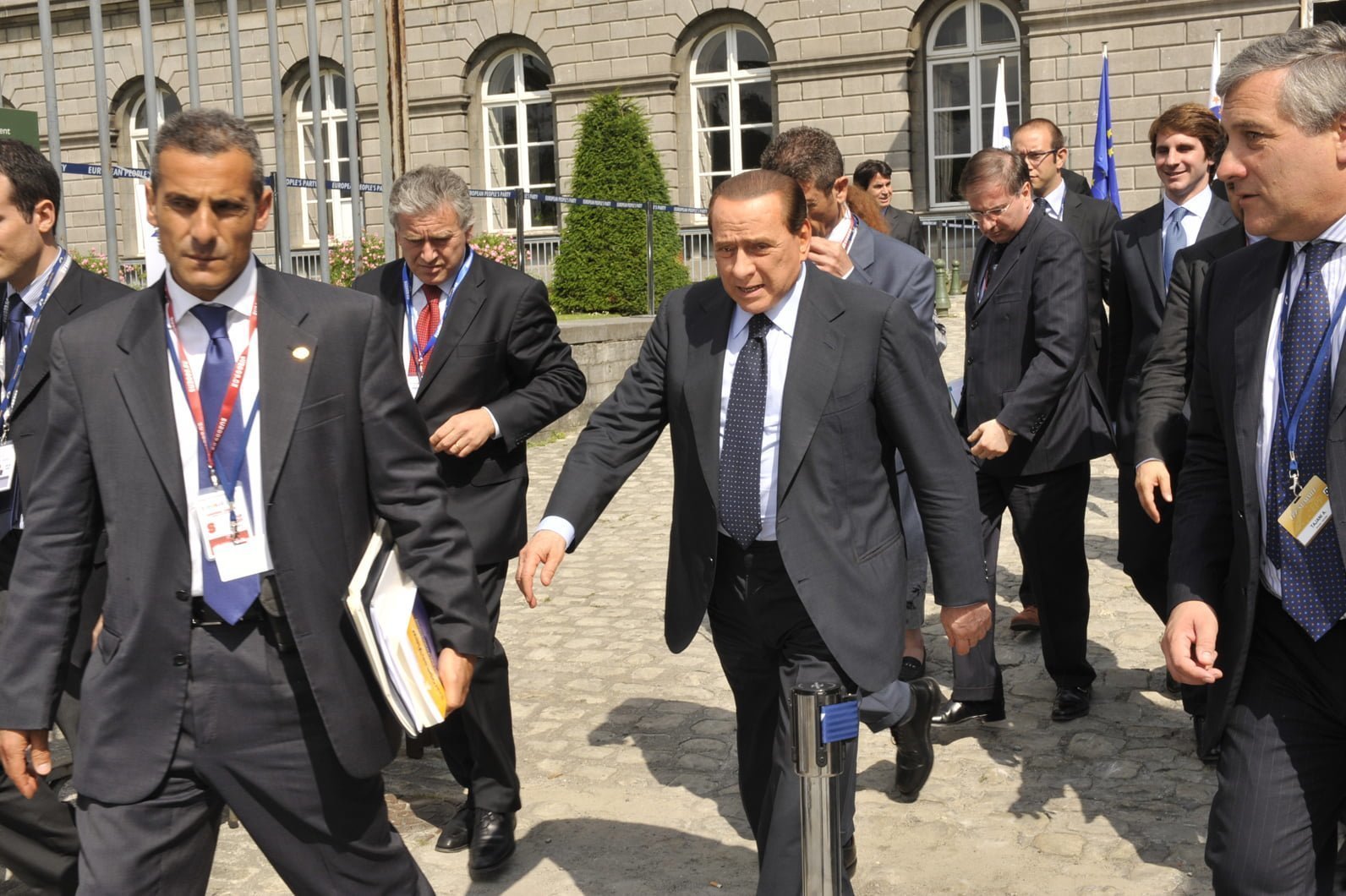 Women occupy disproportionally fewer positions of leadership than men across academic, professional, political and corporate contexts. Are women not good leaders? Do they lack the ambition for executive positions? Do they shun power?

I’ve had five years in middle-management in academia, supervising around fifteen colleagues, and found that while I had irrefutable successes and my colleagues were happy, I struggled to satisfy my own and others’ image of a leader.  I observed that my diligence and administrative skills were valued much less than the energetic networking and self-promotion of my male counterparts. Was this an unusual experience?

The argument that is frequently heard is that women do not make it to the top because of career interruptions for child rearing and because of the difficulties of juggling parenting with the demands of executive work. No doubt the heavier burden carried by most women in bearing and rearing children is a factor, yet it is clearly not a sufficient explanation since women’s starting salaries and career progression before having children are already marked differently to that of their male peers. Excellent research into women’s careers in architecture, such as that undertaken in 2003 by Ann de Graft-Johnson, Sandra Manley and Clara Greed, is focused on “women as employees rather than as sole practitioners or directors.”1 I hypothesise that prevailing ideas about leadership potential and leadership character operate negatively for women in architecture, indeed in all industries, from the very outset. Business managers identify leadership potential in their newest employees, and that potential is gendered. I also hypothesise that prevailing attitudes about the personal qualities needed for leadership roles are masculine and, in fact, operate negatively for organisations. Surveys show that up to half of all workers have a miserable relationship with their supervisors and a bad boss is the number one reason for quitting a job. Bad bosses are also linked to stress-related problems such as heart disease. Leadership itself needs to change.

The dominant focus of leadership theory has been on the identification of behaviours and style of effective leaders. The question of how gender operates in that mix is relatively recent. Studies have found that not only do fewer women achieve positions of management, when they do, their behaviour, appearance and management styles are perceived differently. Barbara Bagilhole and Karen White’s book Gender, Power and Management reports on their multi-country study examining the dynamics of men and women working together in higher education senior management teams (Dean and above) within a broad organisational context.2 Their study comprised 161 interviews with 86 women and 75 men in university senior management in Australia, Ireland, New Zealand, Portugal, South Africa, Sweden, Turkey, and the United Kingdom. This explored pathways into senior management, perceptions of how women and men regard each other’s performance in top management jobs, and their influence on universities. They found that stereotyped perceptions of femininity meant that women were seen as not suitable for the cut and thrust of university senior management. Women and minority ethnic groups were less engaged in informal networking and often subtly excluded by cultures of ‘homosociability’. Bagilhole and White highlight the seeming disconnect between what universities say are the required competencies and behaviours for successful senior management and what is actually rewarded. For example, they found  “Male senior managers were seen to demonstrate the ‘hard-edged’ skills—they ‘perform’ their masculinity through aggression, have a thick skin, are firm as well as being cavalier about decisions, don’t work out the detail of how things can or cannot be done, leave others to clear up the mess, make verbal commitments and then back off, leave no paper chase to pin them down, and respond with attack.3

Lately, I have been reading about psychopathy – and organisational psychopaths, in particular. There is a growing interest in psychopaths and how they effect organisations and no shortage of material to ponder. Clinically, psychopathy is a disorder of the personality, involving a lack of empathy and attachment to others, superficial charisma and charm, manipulation, and the violation of social norms. Dr Hervey Cleckley’s book The Mask of Sanity (1941) is widely credited with defining the clinical construct of psychopathy.4 Cleckley specified 16 criteria for psychopathy, including superficial charm, lack of anxiety, unreliability, deceitfulness and manipulative behaviour, lack of remorse, inadequately motivated antisocial behaviour, failure to learn from punishment, egocentricity or grandiose feelings of self-worth, poverty of affect and emotional bonds, lack of insight, and failure to plan ahead.

Gudmundsson and Southey observe that characteristics of some leadership styles, particularly inspirational, transformational and charismatic styles, share traits with psychopathic behaviour.5 With attributes and qualities such as charisma, confidence, persuasiveness and courage, the characteristics of successful corporate psychopaths could initially be confused with the espoused behaviours of effective charismatic leaders.6 Psychopaths are smooth, adroit at manipulating conversations to subjects they want to talk about, are accomplished liars, totally ruthless and opportunistic, calculating and without remorse.7 Psychopaths are willing to lie and are able to present an extrovert charming façade in order to gain managerial promotion via a ruthlessly opportunistic and manipulative approach to career advancement.8 Their cold-heartedness and manipulativeness are the traits that are least discernable by others and this allows organisational psychopaths to gain people’s confidence.9 The negative consequences are that corporate psychopaths take little heed of criticism, may commit to risky or unwise ventures, are unlikely to nurture future talent, will not create a harmonious team, and will incur the loss of talented employees.10 It has long been thought that psychopathic individuals were unwilling or unable to report on their own personality, but recent research has found that psychopathic individuals are capable of reporting accurately on their traits when there are no direct consequences to doing so.11

Paul Babiak’s study of industrial psychopaths found that “in the context of an organization undergoing chaotic change they use their manipulation skills to effectively manage the discrepant views of supporters and detractors, resulting in successful career movement.”12 Without emotional attachment to the company they work for or to the people they work with, psychopathic managers find it easy to sack, ‘discipline’ or manipulate people.13 Amanda Gudmundsson and Gregory Southey find that, “Structurally, the absence of institutional rules or formal limits on leader prerogatives, delegated authority, goal abstraction, the strict control that leaders have on the circulation of information, and reward systems that value lifting profits and stock prices above all else enables, and to some degree, fosters the deviant behaviour of the corporate psychopath giving them the necessary latitude for destructive leadership behaviour.”14 In exploring why organisations promote such leaders, Richard Pech and Brett Slade suggest that organisational members tolerate such destructive practices because of cultural and structural complexity, with cultures that favour manipulative, egotistical, and self-centred managerial behaviour.15

The extent to which psychopaths are prevalent in the community is difficult to estimate – however, experts suggest that psychopaths exist in approximately 1% of the general population, 25% of the prison population (Hare, 2003), and 3.5% of the business world. Joseph Cangemi and William Pfohl challenge the cited percentages claiming that, based upon their professional experience with business organisations, that the percentage in the business community is much higher.16

More men than women are diagnosed as psychopaths and men are also disproportionally represented in prisons and managerial positions. Of course, not all male managers are psychopaths, just as all psychopaths do not have successful careers. Nor is psychopathy the only personality disorder over-represented in positions of leadership. Narcissists, too, driven by needs for prestige and power often end up in leadership positions.17 And again with narcissism, the lines are blurred between clinical traits and the behaviours of people that are not narcissists. For example, the grandiose sense of self-importance that leads a narcissist to exaggerate their achievements and talents, can be found in diluted form in most people’s tendency to take credit for successful outcomes and avoid responsibility for failed ones.

There is support in psychology for viewing narcissism and psychopathy as a dimensional continuum of personality. In this way, we can better understand that certain personality traits, as extreme manifestations, might be understood as clinical disorders, but in other cases, and in the absence of all the traits, may well be identified with organisational leadership qualities. This suggests to me that the prevailing ideas about leadership that underpin selection criteria and interview processes in recruitment for senior positions, and that structure promotional processes in organisations, need radical re-thinking. Selection criteria around leadership positions are skewed towards heroic forms of leadership and the ability to articulate a vision for the future over demonstrated ability to support and advocate on behalf of others. Processes of promotion require individuals to exaggerate their achievements. Cultural stereotypes and social mores that encourage women to be modest and collegial may work against us, although organisations could benefit from more self-critical and aware leaders.

In contexts where recruitment and promotion are rarely formalised and transparent, personality traits like charisma and confidence carry undue weight. The architectural profession is one of those contexts, where even the largest companies tend to have quite informal HR processes relative to other industries. One of the twenty-eight directors of a commercial architectural practice told me that his appointment to the role of the director came as a complete surprise, for there had been no prior discussion, no interview or promotional path. It was no surprise to me that a process that involved the existing directors in a closed-door discussion, without formalised criteria for the role, would yield not a single female director. The practices that we are studying are doing much better in this regard, but I’m looking forward to seeing just how closely leadership in large architectural organisations mirrors leadership in other industries and the part played by gender in this picture.