Samantha Donnelly shares her recommendations for readings on women, activism, and social housing. 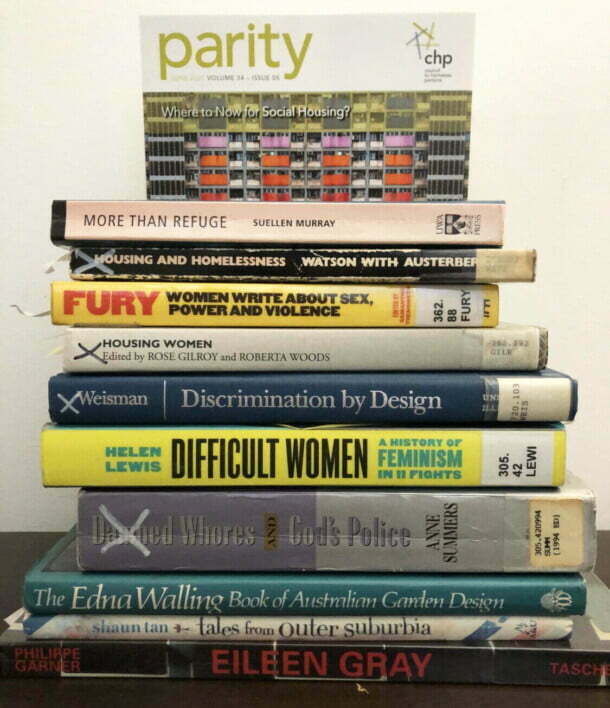 My childhood was mostly spent reading library books in quiet nooks or perched in pepper trees. I would cycle to the local library on Saturday mornings to load another selection of novels and biographies into my bag. Libraries were my safe place – the smell of books and the shuffling of pages were soothing. Libraries were quiet and warm; they had places to sit near the windows, and carpet on the floor. They had answers to questions I had not even thought of yet.

Libraries taught me about community, inclusion and respect – they were one of the only places that welcomed everyone, regardless of wealth or religion, age, culture, status or gender.

My aunt Penny sourced the best books. She posted me feminist fairy tales, women’s histories and stories of girls who were brave, heroic and often slightly wicked, but always for a good reason. I learned about viragos. Virago is a word that long ago meant female warrior or strong woman. The Oxford dictionary defines it as “a domineering, violent, or bad-tempered woman; a termagant”, and the Cambridge dictionary as “an unpleasant woman who is often angry”. At least Merriam Webster adds that virago sometimes refers to a woman of great stature, strength and courage.

Books helped me construct an interior world parallel to the demands and characters in the exterior one. Books taught me the art of exchange – between writer and reader, between friends and street libraries.

There’s nothing more exquisite than a friend who places a story in your hands.

Below is a reading list that includes books on feminism, gardens, children, social history, viragos, homelessness and housing for women. These books have marked times and places in my world. And maybe in yours now, too.

Also see Samantha’s article Safe as Houses, which outlines the findings of her research, culminating in a Design Guide for Refuge Accommodation. 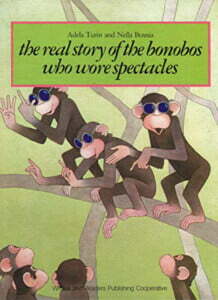 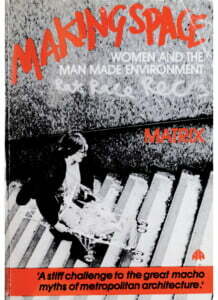 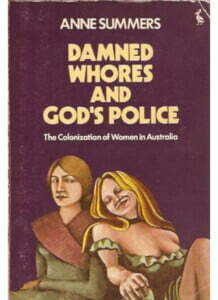 1. The Real Story of the Bonobos Who Wore Spectacles

This feminist children’s book tells the story of a community of bonobos. The male bonobos, growing restless, travel to Bordeaux to learn French. They return wearing sunglasses and carrying briefcases. This assumed superiority eventually frustrates the bonobesses [women]. They are not allowed to wear sunglasses, even though they can speak French just as well. So, the bonobesses and their children decamped to another part of the forest to start their own community. The abandoned bonobos are unable to feed or look after themselves.

Matrix was a collective of feminist designers in the UK who shared a concern about how buildings and cities work for women. The authors of Making Space included architects, high-school teachers, researchers, mothers, a builder, a journalist and a housing manager. Matrix did not believe that buildings are part of a conspiracy to oppress women, nor do buildings control our lives. Their work addresses the false assumption that all sections of the population want the environment to do the same things for them – an excellent handbook for feminist architects.

For more on Matrix, see Parlour’s long-form interview In conversation with … Jos Boys.

This classic text delivers a snapshot of women’s lives in 1970s Australia. Summers wrote this while she helped establish Elsie’s Women’s Refuge – when terms like domestic violence and sexual assault were not in public discourse. This text is an important historical archive that is not so old and critiques our recent loss of focus. Summers wrote a blazing letter to the next generation to accompany the 1994 republication, criticising the current preoccupation with measuring “how far we have come” rather than “how far have we left to go”. Tough reading. 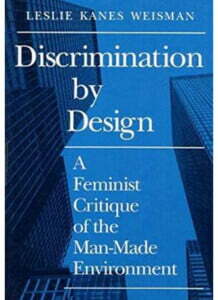 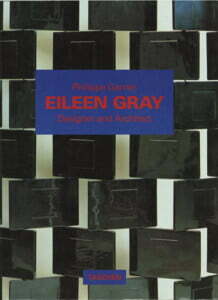 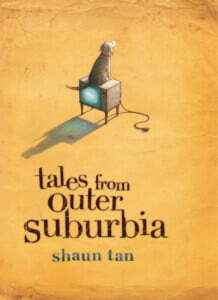 4. Discrimination by Design: A Feminist Critique of the Man-Made Environment

Weisman’s book addresses architectural and planning implications of domestic violence, safety, privacy and social housing for women across various scales based on 20 years of research. Each chapter addresses a spatial dimension of feminism – social inequality, public architecture, private use of public space, redesigning the domestic landscape. It misses the intersectional complexity that emerged post-1990s but includes diverse built projects to clarify themes in the book.

A true virago, Gray’s determination, resistance to convention and capacity for learning through making was a big wake-up call for me. Gray ignored boundaries and disciplinary constraints; she studied making Japanese lacquer, panels, furniture and objects of technical virtuosity. She was discreet and worked hard. She never studied architecture yet created groundbreaking examples of modernist architecture and interiors. Le Corbusier’s anguish at being trumped by this elusive woman always makes me smile.

Shaun Tan’s books portray inhabitants in built environments with clarity and attention to detail. His stories concern ordinary people who deal with extraordinary situations in interior and exterior landscapes full of atmosphere and tension. He makes the mundane seem beautiful. There is an eerie familiarity in Tales from Outer Suburbia, a series of stories about states of mind and place. We talk about social impact, making grand gestures, whereas Tan depicts human frailty with accuracy and humour. 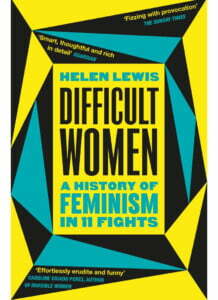 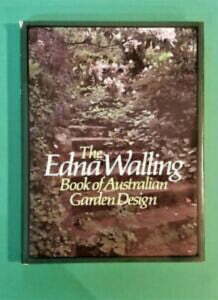 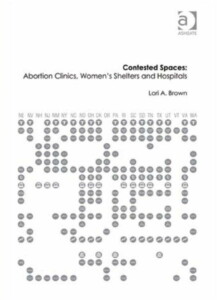 This book contains a chapter on safety in which Lewis interviews Erin Pizzey, a notoriously difficult woman who opened the first refuge for domestic abuse victims in London in 1971. Pizzey has since become an advocate for the men’s rights movement. The interview is fascinating and infuriating to read, particularly as it is recent. The other themes in the book describe other complicated, contradictory and imperfect women who have often been whitewashed or forgotten in our search for modern heroines.

Edna Walling trained as a horticulturist in Melbourne in 1916-17 and designed many of Melbourne’s wealthiest gardens, which she photographed and wrote about in journal articles and books. Her gardens typically exhibited a robust architectural character – walls, pergolas, stairs, parterres and colonnades – but always with space for a ‘wild’ section, creating a succession of ‘pictures’. In the 1920s, Walling designed and built herself a house and nursery in Mooroolbark. Others in the area commissioned her to design similar cottages and gardens – the beginning of an experiment in urban development. The place was nicknamed ‘Trouser Lane’, because of the dress of the predominantly female residents (!).

Lori Brown examines how abortion centres, women’s refuges and birthing clinics are politicised in the US and explores the spatial implications of inclusion and exclusion. Brown asks what architecture’s responsibilities are for these highly personal, private spaces, often secret or hidden, using mapping and drawing to illustrate her arguments. The book considers the potential of architecture and design to redefine social and spatial practice for these and other contested spaces. 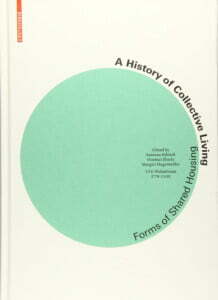 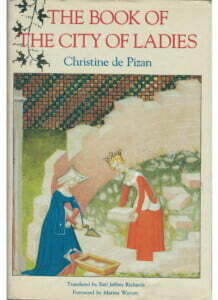 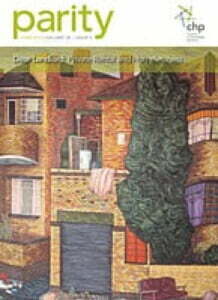 10. A History of Collective Living: Models of Shared Living

A great handbook of social housing examples, this history provides an overview of communal living in Europe from 1850. It discusses the three motives for sharing dwelling spaces – economic, political and social – and illustrates the different forms of housing, highlighting their changes over time. This investigation contains detailed illustrations of how everyday shared living and degrees of privacy in housing have been practised, with analysis of typologies, plans and interviews.

11. The Book of the City of Ladies

This book is inhabited by women of past eras, ranging from pagans to ancient Jews to medieval Christian saints. These women are “housed” in the City of Ladies. Pizan builds the city using each famous woman as a building block for the walls and houses of the city. Each woman added to the city adds to Pizan’s argument towards women as valued participants in society. The text is structured around conversations where the women discuss whether women should be taught as men and why some men think women should not be educated. Other questions include the criminality of rape, the natural affinity in women to learn, and their talent for government. Considering this text was written in 1405, we have not come far.

This journal is devoted to delivering content on the complex, diverse and changing nature of homelessness in Australia. It combines academic articles with lived experience, personal and practice perspectives curated around current challenges and themes.