PARLOUR: a space to speak – bringing together research, informed opinion and resources; generating debate and discussion; expanding the spaces for women in Australian architecture.
In public / Leadership

Do we expect more from women leaders? Shelley Penn considers the high hopes, burdens and opportunities of leadership – and the importance of self-confidence. 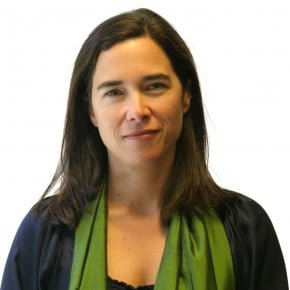 I was invited to dinner with a small group of women architects the other week. It was a semi-social event, underpinned by an interest in issues surrounding gender in architecture and with a pervasive whiff of my forthcoming role as National President of the Australian Institute of Architects in the air. A fairly gentle though serious general discussion turned into a part-optimistic, part-strident listing of things to fix, things to focus on, address and resolve – each item worthy. There was also a subtle sense of judgement pending; the laying out of a challenge, though I’m sure that was not intended. By the end of the night I was exhausted – questioning my ability to meet these expectations and to fill the role. I was also, perhaps, a little angry – guessing such demands had not been laid out in quite this way for my male predecessors.

I know every elected representative is lobbied to varying degrees by their constituents – and others – but do we, and by this I mean women, ask more of our women leaders than we do of men? I remember my sense of great optimism when Julia Gillard became Prime Minister, and suspect I was guilty of the same thing – hoping and believing, because I wanted to, that she would manage well so many things that the blokes hadn’t managed at all. Watching men in government, certainly with hopes and expectations, I know some will be great and some will be weak; all, in other words, human. When they succeed there is cause to rejoice, and when they fail I accept they’re part of the flow of imperfect people who nonetheless strive to make a positive difference.

In her recent article on women in architecture, Dr Karen Burns touches on the theory of ‘gender schema’ as discussed by US professor of psychology Virginia Valian. Burns describes Valian’s studies and cites her findings that we tend to “overvalue men and undervalue women”, affecting “perceptions of competence, the ability of women to benefit from their achievements and to be perceived as leaders.” Burns goes on to note that “we are all participants, no matter how well intentioned, when we assess [our] lecturers… our employees, our prospective employees.”

From one angle, my co-diners overloaded me with an inventory of unrealistic requirements which, unfairly, seemed to set me up for failure, despite their best intentions. From another view, their insistence could be seen as an investment of faith in my abilities. Perhaps what’s more interesting, and ultimately more relevant for me, was my internal response. The theory of Gender Schema also involves the notion that we self-perceive in accordance with the schema. My immediate response to the dinner diatribe was to question my ability to do the job; to resume the default position of self-doubt.

In reality I know I won’t meet everyone’s idea of what I should or shouldn’t do, and that’s quite healthy. It’s about defining my own aspirations for how I can contribute, and then doing my best to fulfill them. But I have to keep up the internal pep talk, and remind myself that those hopes can be high.