Architects from the “wrong” side of the tracks

What would you say to ambitious children from working class families considering a career in architecture? Jennifer Crawford reflects on her own background and experiences in architecture to consider the impact of class on a career. 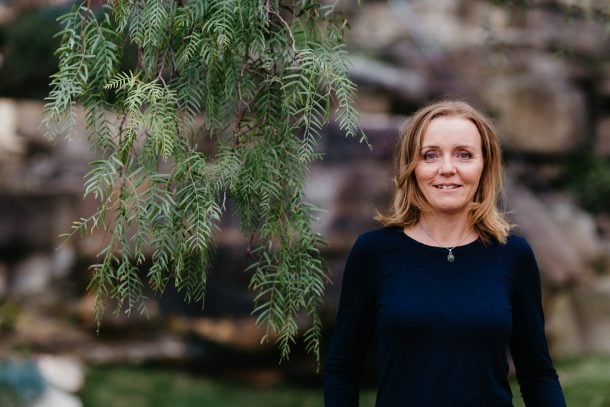 Late last year Adam Furman posed a question on Instagram: “Is it genuinely possible, with an honest heart, to recommend architecture as a career path to a kid from an ambitious working class family, when the salary expectations vs education length and cost is so incredibly, incredibly dire? It is effectively a gated community.” The many comments that followed point to the importance and necessity of discussing the impact of class on the profession. Jennifer Crawford’s response is the first in a series we will publish on Parlour. We welcome other contributions – please get in touch if you are interested.

Summer 1988: On returning from a day at the south coast beaches, we were waiting to turn left onto Heathcoate Road. On the large green RTA road sign pointing to Liverpool was the white graffiti “Westies sux”. I was 15 years old. This was the first time I ever realised that growing up in the outer western suburbs of Sydney might in fact be an issue in my life. Up until this point I had no understanding that this could be any impediment to living a life of my choosing.

Winter 1984: I made the decision that I wanted to be an architect. What caused this choice? Well, I was good at art and maths. It was also a real job, of which my mother would approve. She wasn’t so convinced of my previous idea of being an author – “you’ll never make any money doing that”. If only she knew.

Autumn 1991: I was late for my first lecture in architecture at UTS due to the fact that I had been queueing for five hours at Liverpool Westfields ticket office for INXS tickets.

Also Autumn 1991: “Where do you live?” asked fellow architecture students. My answer depended on how detailed I thought their understanding of the geography of Western Sydney was. Mostly I replied, “Halfway between Parramatta and Liverpool”. In most cases, people had a vague notion of where that was. “Oh, out there!!” was usually the response. Luckily, I found a friend in the course who lived at Horsely Park so we could catch the train home together.

Summer 1995: “Where do you live?” asked an English gentleman who would become my future husband. “Out west” was the answer. “What’s it like?” “It’s like Neighbours”. And it was.

People who have no knowledge of the western suburbs of Sydney just tend to wrap it into a ball called “Western Sydney” with no understanding of the subtleties and nuance that can happen in a vast geographical area. Very strong tribal boundaries exist out west, just as they do in the eastern half of the city. There is a definite difference between north of the M4 and south of the M4.

How did this affect my architectural career? Well, I wouldn’t say that things are all bad. I was able to get architectural work (not near home, however). Indeed, I got my first job as a student because I had had the initiative to go and look at Penrith Civic Centre while it was under construction and reported this back to my prospective employer. I also had an understanding of the market and local area expectations when working on new communities for the corporation. I knew what would and wouldn’t fly with our customer base.

It did mean, however, that my first solo project was not a house for my mother, uncle, cousin, friend from the golf club, or a client found through the old school tie network. That first project that is published in a shiny magazine and launches your career did not happen for me. I also have no building or architectural pedigree in my family. My grandparents were farmers on one side and a road worker/bookmaker on the other. My mum has worked in supermarkets for the last 40 years and my dad worked in factories as a storeman.

Everything I have learnt about architecture and building has been off my own back both at university and in my experience on site. So it has been a long road. Finding my customers and clients is also my own work. Proving to them that I can help them is a regular part of my business.

Many years ago, I found a book called The Favored Circle: The Social Foundations of Architectural Distinction by Garry Stevens, which helped explain many of the things that I had experienced first hand, both at university and in practice.1.

I know as well that I am not Robinson Crusoe, and that other architects have grown up in Western Sydney. Indeed, Kim Crestani has had a distinguished career and doesn’t hide the fact at all that she grew up in Yagoona (a suburb that, in my view, could take great advantage of some well-designed revitalisation).

Summer 2019: I am now at the point in my career, at the age of 45, where I feel my business has just started. Architecture is an old man’s profession after all. All the greats did their best work in their 70s. You are still a young architect up until 50. I also live in the inner west these days and have done for over 20 years. I am not ashamed of where I grew up at all. It’s just that I don’t want to have to get in the car every time I go to the shops.

So, what would I say to ambitious children from working class families considering a career in architecture? I would say, “Are you really sure you want to do this?” It is not easy. The financial rewards are not what you think they are. If you are driven to earn, go study medicine (as one of our first year lecturers at UTS suggested) or finance or something like that. Less angst, more cash. If you want to do it though, it can be done. You just need to put in the effort and the work.

Jennifer Crawford is  is a registered architect and founder of Our New Home Coach, a business that helps people build the right house. 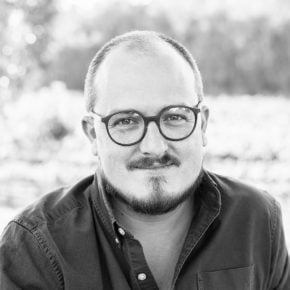 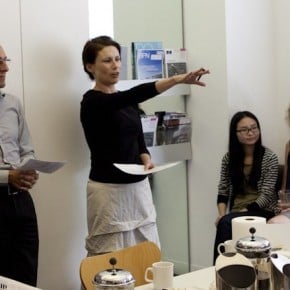 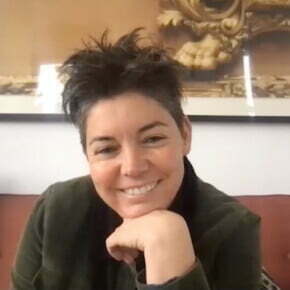 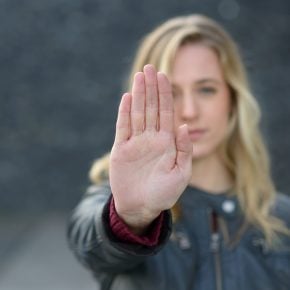